Posted by Justin at 4:08 PM
Once upon a time, two men were hired to work at a factory run by Func Enterprises

After several weeks of extensive training, Dom was given the assignment of sorting the raw materials and placing them on the appropriate intake belt of the factory.  Those materials then traveled through the factory and were lovingly and expertly crafted into the various products made by Func.  After passing through quality control, where they were checked to make sure they were up to the latest industry standards, the products were sent to Randy to be packaged and shipped out to customers all over the world. 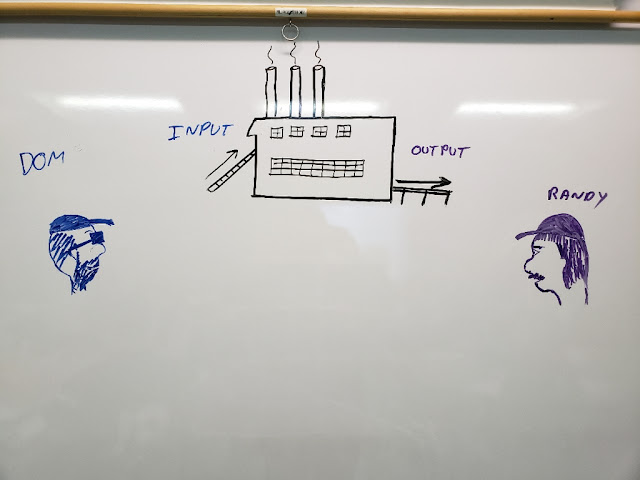 Dom and Randy were both very good at their jobs and were both blessed with an innate curiosity.  Neither man was content to simply and unquestioningly do his job.  Instead, both men became interested in the inner workings of the factory.

In addition to the manufacturing process itself, Dom was deeply interested in the kinds of products that Randy packed based on what he delivered.  Similarly, Randy was curious what kinds of raw materials went into the products that he was shipping.

Sometimes, Randy was able to tell exactly which materials Dom delivered just by the products that came through.  Similarly, on occasion, Dom would know exactly which products Randy would receive based only on what he dropped onto the intake belts.


When Dom knows exactly what Randy is going to get at the other end, the relationship is a function. 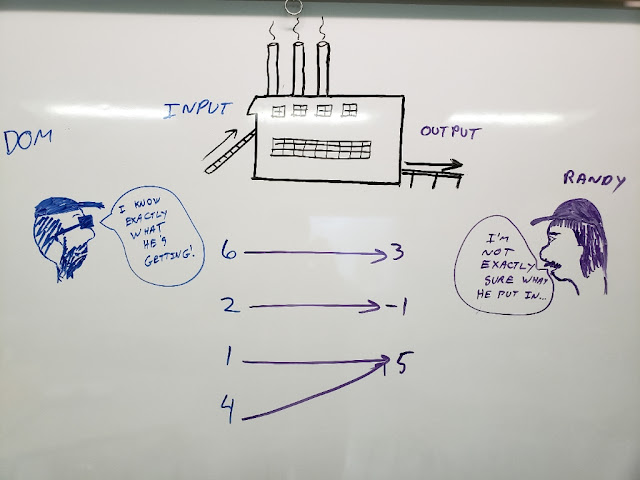 When Dom doesn't know what Randy is getting, it's not a function. 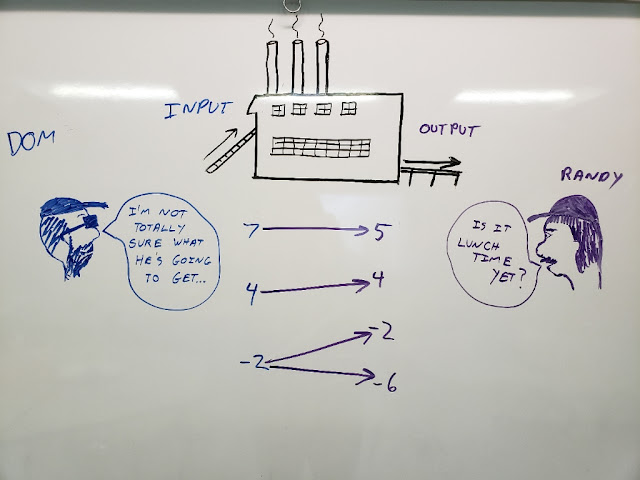 When Dom knows what Randy is getting AND Randy knows exactly what Dom put in, not only is it a function, but it is a 1-to-1 function. 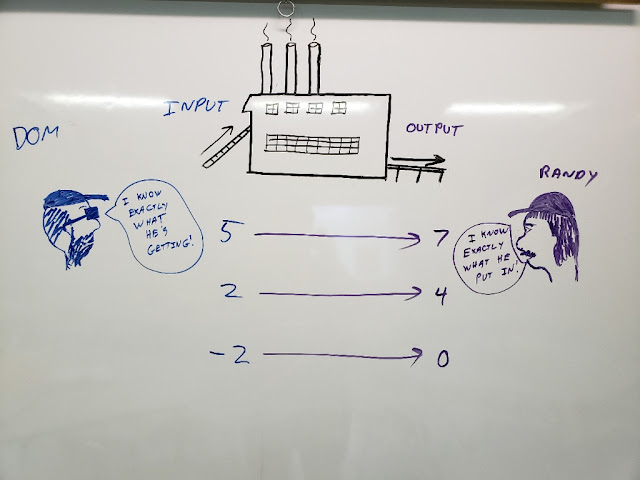 Eventually, both Dom and Randy moved on to careers in the lucrative field of illustrating mathematical concepts and within 6 months were able to retire to an island with white sand beaches, but neither man forgot the humble function backgrounds from which they came.
Email ThisBlogThis!Share to TwitterShare to FacebookShare to Pinterest