Posted by Justin at 3:48 PM
I love alignment charts! As someone who plays Dungeons & Dragons, and various other RPGs, I find it comforting to be able to slot people, items, characters, movies, etc. into alignment charts.

For those of you unfamiliar with the concept, let me give you a brief run-down:

An alignment chart is a 3-by-3 grid of personality traits, with the "good and evil" spectrum on one axis and the "lawful and chaotic"spectrum on the other. How a character is played, and the actions they take, are often determined by where they fall on this chart. 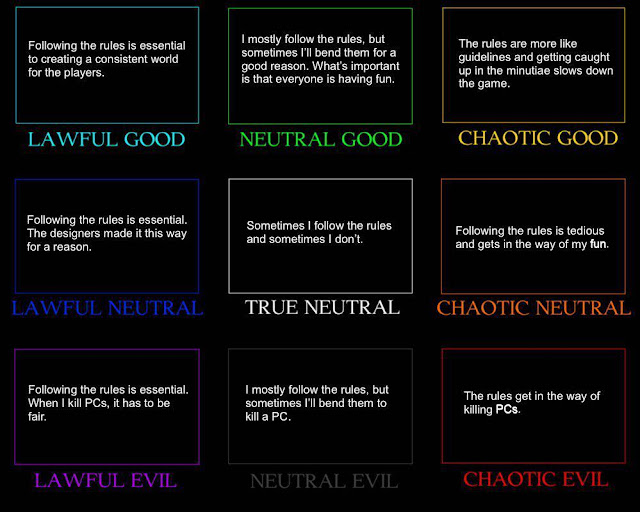 While this was developed and used mostly in role-playing games, a quick google search can pull up an alignment chart for almost any topic you could want.

Are you into Star Wars? 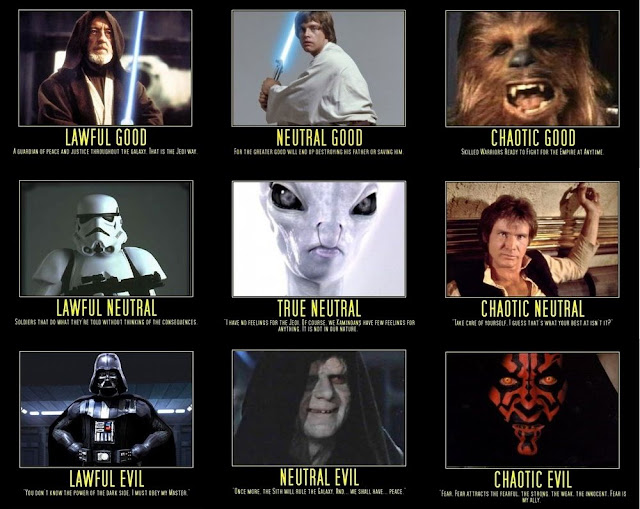 Are you a fan of Arrested Development? 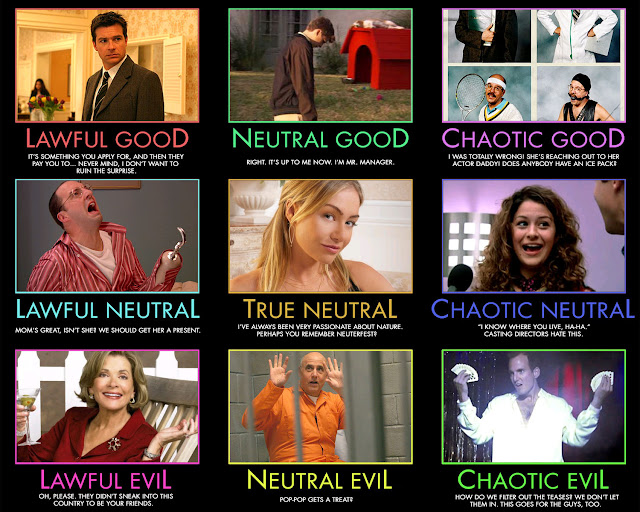 What about The Wire? 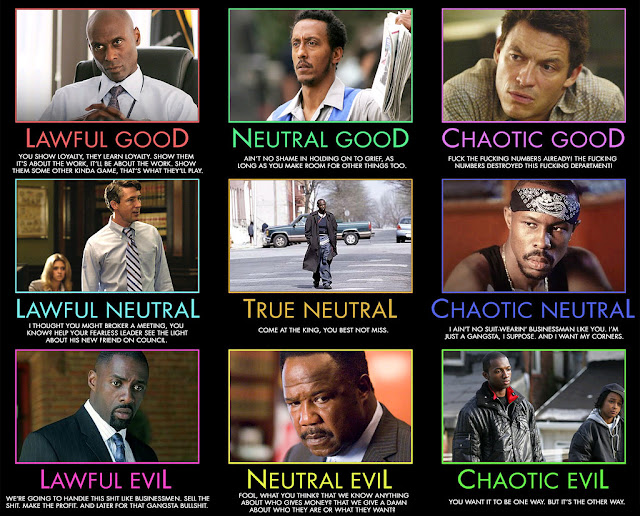 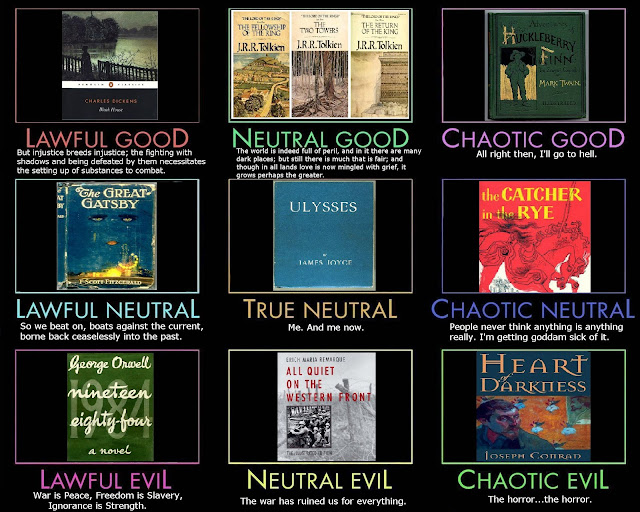 Alignment charts are incredibly flexible and can be modified to make visually interesting and fun points on any topic. 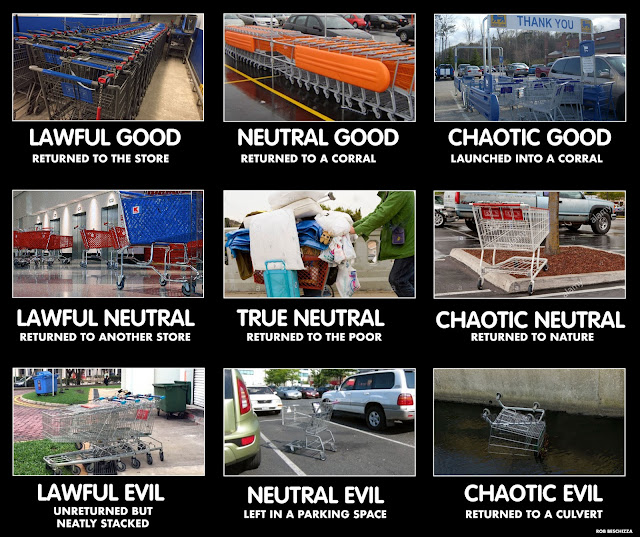 Not all charts need to be on the lawful/chaotic and good/evil scale to get their point across. One close to my own heart uses other concepts: 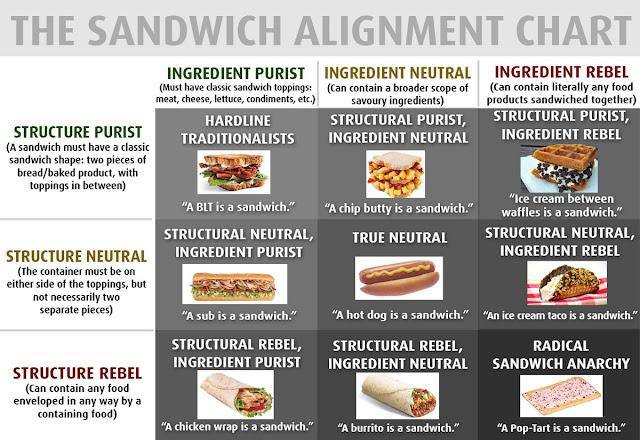 I could spend hours going down alignment chart rabbit holes and arguing about the merits of placement, although Captain America is ALWAYS lawful good and the Joker is ALWAYS chaotic evil.  For the record, I am shopping cart chaotic neutral.

There are some pretty great alignment charts that have been made for school-related topics as well. This one is one of my favorites: 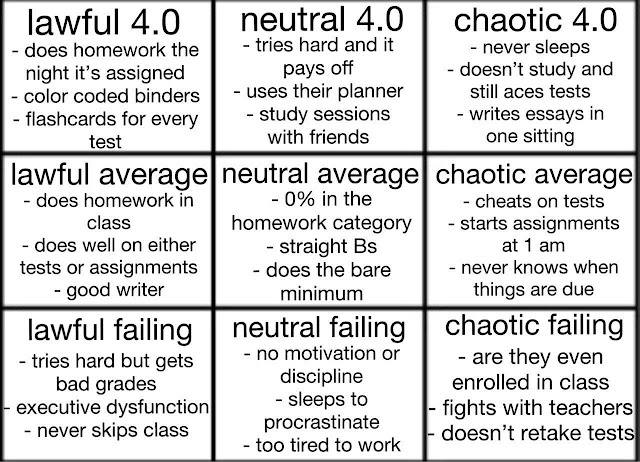 While we as teachers understand that students are complex and ever-changing, if asked to do so, I think most teachers would be able to place most students on an alignment chart with "motivated/lazy" as one axis and "smart/obtuse" on the other.

Now, I know that this is unfair. Student intelligence and motivation is a MASSIVELY complex spectrum. Where a student falls on this chart for a particular class/assignment/teacher/day, changes all the time.

I think a fantastic post could be written about each entry on that chart, but this isn't why I bring it up. I've been thinking a considerable amount about the kids who would typically fall into the Smart-Lazy block.

I would argue that this group of students causes the most frustration for teachers and every teacher has experienced it. This is the student who either aces all of the tests, but refuses to participate in class because "this is dumb" or the kid who has incredible insights but refuses to complete assignments.

The most obvious example of this for me, have been the students who answer all of my questions right in class, ask great ones of their own, but when it comes time to do an assignment or assessment, they turn it in blank, claiming they don't know any of the material.

I think it's because they DO get to choose.

When that score comes back as a failure, it's not because they were dumb or couldn't do the work. It's because they made the choice to get that grade. It's not the grade they wanted, but they had power and ability to make that choice.

Before we start in on "but if they knew what they were doing, they would have succeeded" we need to remember two important things:

1) Every student has a horror story about a teacher who lowered a grade for terrible reason. Every couple of weeks there is a new massive thread on Twitter about this exact topic. Feel free to peruse the thread below for some horrendous examples:

I became radicalized when I was in 4th grade & I took a science test & studied hard for it & ended up completely acing it but when I was done with the test I was bored & drew monsters in the margins of the paper & my teacher gave me a 90 out of 100 because of the monsters
— Justin🌋Boldaji بلداجي (@justinboldaji) May 9, 2020

2) They probably didn't think they would have succeeded if they had put in the effort. Imposter syndrome is real.


All of this has come to the forefront for me in the last few weeks.

I have been searching for new employment. I have applied to schools, both public and private, as well as education-related companies. I have had several interviews and call-backs in which I was asked to complete a task, such as write a lesson or unit plan, or complete some other job-related task.

In every single case, my knee jerk reaction has been the following:

Someone to me: Can you do this thing?

Someone to me: Can you do this same thing?

I mean, they can't tell me I'm not good enough for the job if I pull my application first, right?  RIGHT???

This is the professional version of: 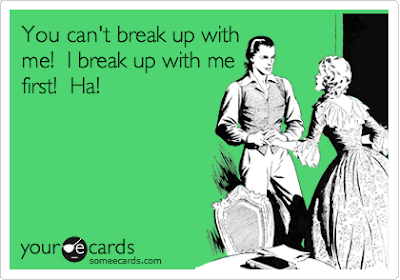 I have been teaching with varying degrees of success since 2004. I began my teaching career with all of the confidence of a mediocre white man. I had never taught before, never done student teaching and hadn't taken education classes.

I thought I was the best teacher in the school and looked down on anyone who said otherwise. I was garbage.

As I gained more experience in the classroom, was (rightly so) knocked off my pedestal more and more, and interacted with more teachers who actually are brilliant, I began to realize just how far I had to go to become the teacher I thought I was when I started.


I still fall victim to the Dunning-Kruger effect. I talk the talk. I have the swagger!

As soon as I'm asked to actually produce something, however, no matter how solidly that task lies within my area of expertise, I am suddenly overwhelmed with the feeling that I am an imposter.

My administrative observations over the last several years have been quite good. There is always room for improvement, but on aggregate, it appears as though those who observe my classes like what they see. I have students from almost a decade back who still contact me and tell me how much they enjoyed my class.

Every time an administrator walks into my class, my gut reaction is "Oh crap! They found out that I'm a fraud!"

Imposter syndrome is a real thing.

As I ask my students "You got this right every time in class, why would you think you couldn't do it now?" I need to spend more time asking myself these same questions. As an adult who is being asked to do something that I've spent my entire professional life doing, I still need to be reminded that I can do that thing!

As a teacher, I need to do a much better job of recognizing imposter syndrome in my students for what it actually is, and reacting and supporting them appropriately.

All the while I was writing this post, I kept thinking "I want to cap this off with an alignment chart" which was immediately followed by "I have no idea how to make one."

So I made one anyway, because of COURSE I can make one. It's not pretty, but it gets the point across. I left a spot blank because I want to hear what other people would put in there (and because I have no clue what would fit)

Half the fun of an alignment chart is the discussions it promotes. 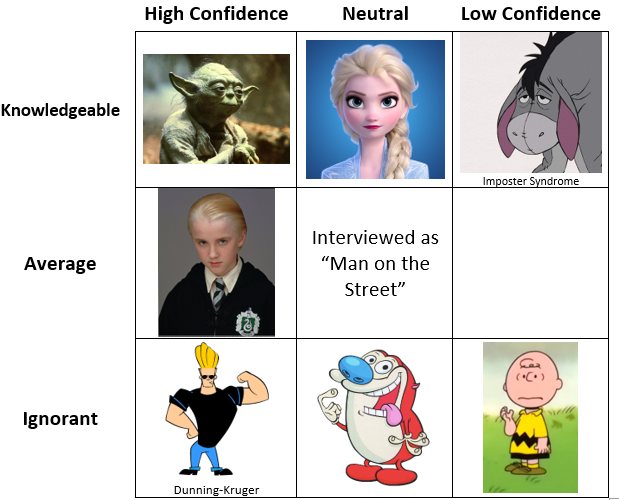