I am resetting my expectations of my students and myself.

In Math 8, we had a good day of taking notes.  We went over several examples of Scientific Notation, with students asking good questions that showed me they were actually paying attention.  I made several references to previous examples and notes that we took yesterday and I saw many of them flipping back for the answers.

I kind of hate how eager they are to take notes when I've seen how unwilling they are to participate in meaningful activities.

For the moment, however, I will be pleased that they are doing what I've asked.  Hopefully, I will be able to use this willingness to expand outward into more meaningful tasks.

At least for the foreseeable future, I'm doing the notes on the Promethean Board so that I can keep distinct copies for both classes.  If students miss a day, I'll be able to go back and see exactly what they missed based on the date and their class.

I'm trying to get organized.

I've also started the process of converting my Math 8 classes to Standards Based Grading.  I know I've talked about this before, but I actually went a few steps down the path today.

I went through the PA Common Core Standards and started mapping them to our Math 8 curriculum.  This process didn't take too long since we were told earlier this year that the standards were the curriculum.

Last year, the math coach did me the solid of going through the standards and writing them as "I Can" statements to make them more accessible for the students.

My next step will be to give those standards student-friendly codes (Goal 1, Goal 2, etc.) and set up the 4-point scale of mastery.

I feel good about this. I've been wanting to do it for a while, but never actually took the leap.  I attribute this new push to the amazing presentation from Jenise Sexton last night at the Global Math Department meeting.

She is doing incredible stuff with students who seem to be very similar to my own.  I'm planning to send her messages asking if she'll be my mentor (in the monumental amounts of free time that I'm sure she has.)  She is now where I want to be in 2-3 years in terms of grading, organization, classroom management, etc.

Seriously, check her out.  She's inspiring.

My geometry class spent (again) an entire double period working on a single problem.  Again, this problem came from the Five Triangles blog.  I picked it because it's a great transition problem from parallel lines into properties of triangles and polygons.

What I found most gratifying was that several of my students, right on the border of insane frustration, refused to give up on the problem.  They worked VERY well and, when they realized that they didn't know quite enough, they looked it up!  They knew it had something to do with parallelograms, so they got their text books out and went hunting for the information! (SMP 5)

I also really enjoyed that another student made a physical model of the problem to play around with.

Also, a HUGE bonus to my day was that I got to read to Kory Graham's elementary class in Minnesota over Google Hangout.  What a cool experience! 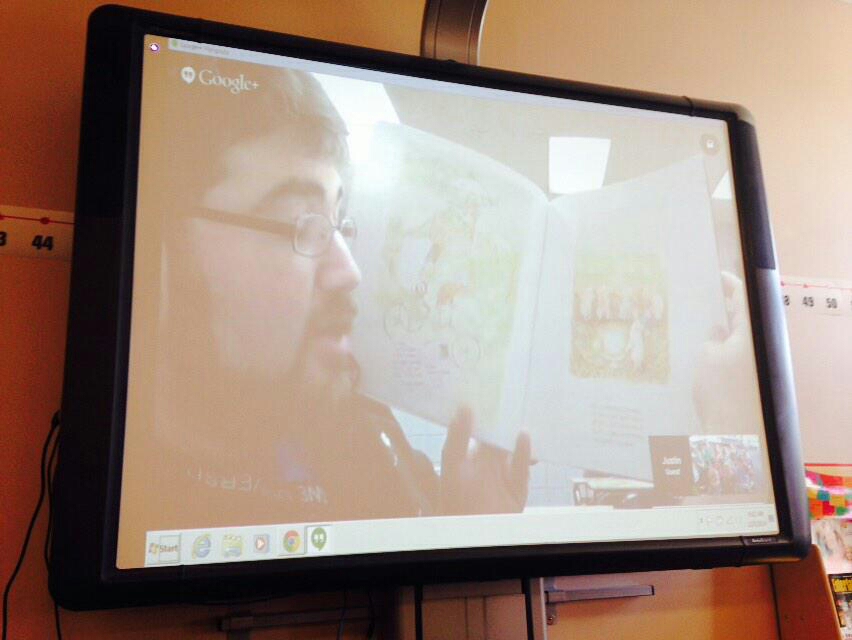 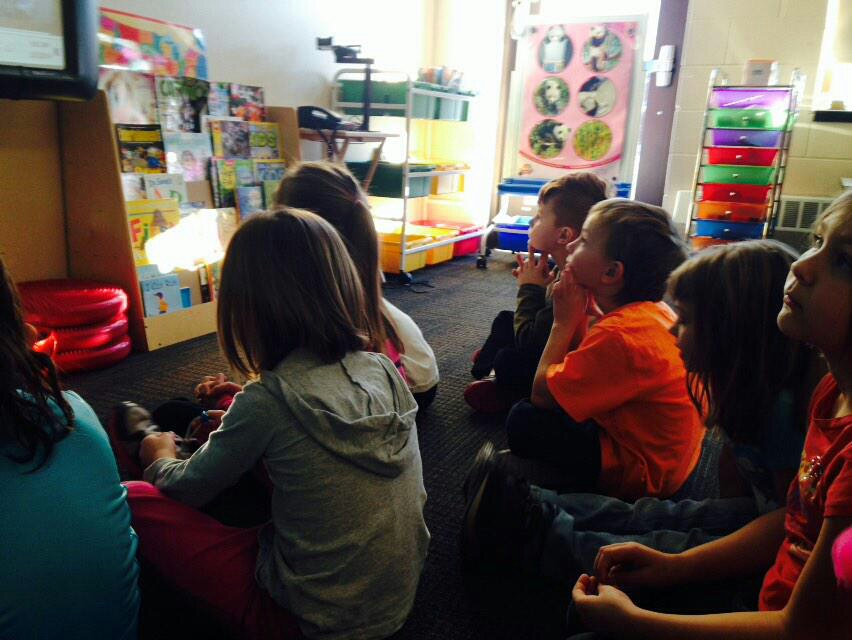