Posted by Justin at 5:02 PM
A discussion of Michael Brown and Eric Garner with another teacher resulted in an hour long conversation with 3 students about race and gender issues in our society.  We talked about assumption of authority and educational goals.  I won't bother recalling the details because I could not do it justice, but it was excellent.  The students expressed many concerns that they had as minorities and as young women.  One of them hasn't been the biggest fan of my teaching methods, but I feel as though every time we have a discussion like this, I am able to win her over a bit more.

I have some truly remarkable students this year.


At the start of Math 8 today, we reviewed slope and how to find it.  I'm doing my best to make the students use mathematically accurate language.  Instead of "rise" and "run," I'm having them use "vertical change" and "horizontal change."

We did a few practice problems from Illuminations that asked them to draw the slope triangles on a grid to determine the vertical and horizontal change.

Then I decided to trust them.  We went to the end of the hallway and found the slopes of the three ramps there to determine if they were in compliance with the Americans with Disabilities Act.  Inside the classroom, they were loud, rude and disruptive. 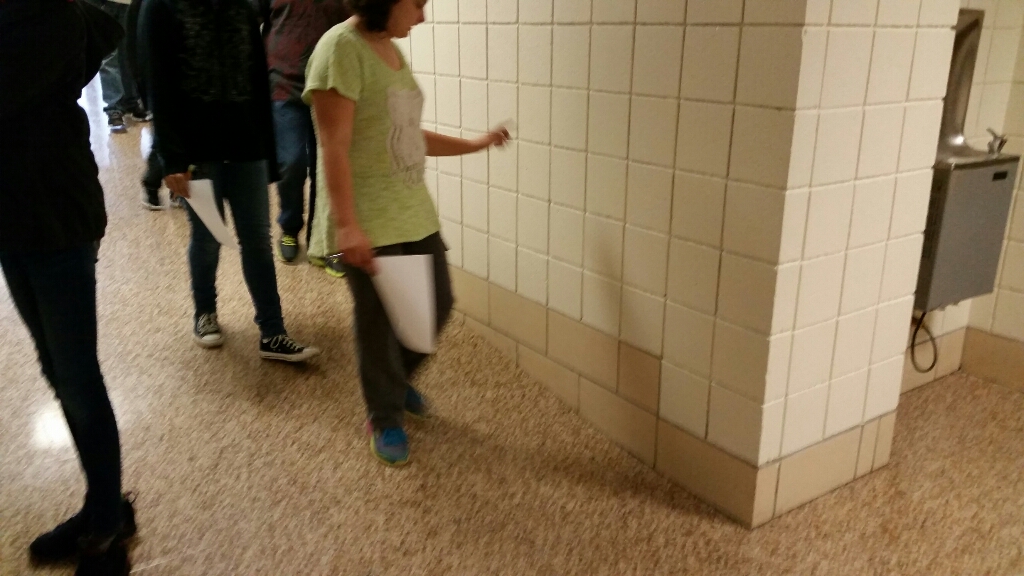 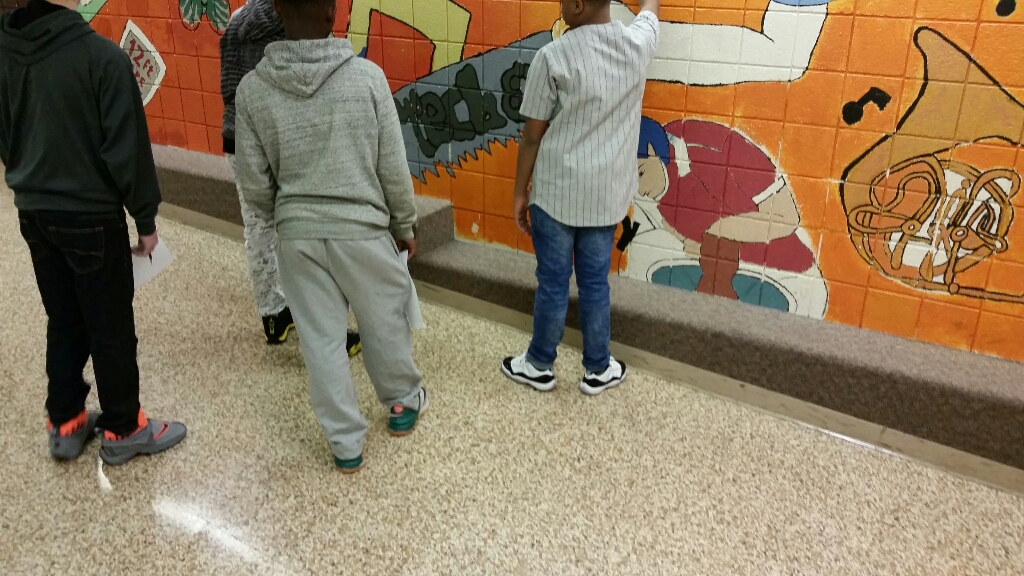 In the hallway, they were pretty great.  The majority of the students worked together to get accurate measurements.  Since we had talked about how units didn't matter, provided you used them consistently, several groups groups chose ... unconventional units.

There were very few students who needed constant redirection and overall, I was very pleased with their behavior.  A few asked if we could do more activities like that one and I told them that we could, if they could continue to behave in appropriate fashions.  They are starting to police themselves in more effective way, so I think this is something we can do more frequently.


I'm doing a better job of utilizing differentiated instruction with the geometry students.  The young women who worked on the problem yesterday, came in today asking for another.  This time, I was able to give them one that bridged very nicely into the next section, dealing with the triangle sum theorem. 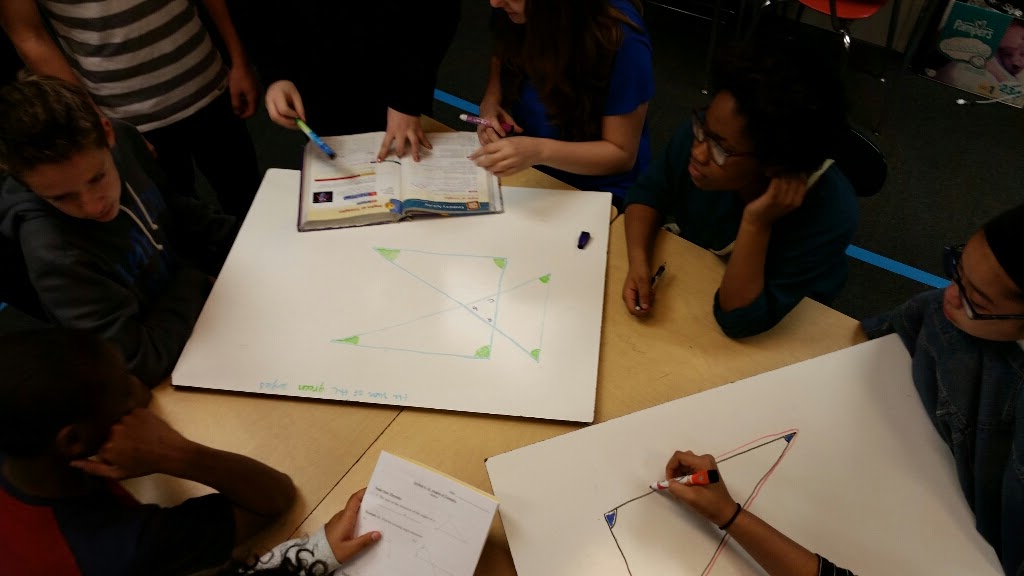 The students who didn't want to work on that problem were working through their guided notes or practice problems.  I was, once again, immensely impressed with the effort that the students put in to solving this single problem.

"What I love about what happened yesterday was that when I gave you a problem that you weren't familiar with, you worked hard and kept at it until you came up with a solution.  This means that now, when I give you a problem that is much closer to your current content knowledge, I KNOW that you won't give up until you solve it.  You'll tell yourselves 'this problem isn't nearly as hard. There's no way I can give up on it.'"

Again, it took most of the period, but the conversations were amazing.  The students challenged each other on their statements, keeping each other from making assumptions about the properties of the triangles.  Work was scattered on whiteboard and notebooks all over the room with the group of students migrating from desk to desk as new ideas were hatched and discoveries were made.

THIS is why I teach.