Posted by Justin at 7:53 PM
Falling solidly into the philosophy of "Go Big or Go Home," I've constructed another design project for the Integrated Math class.  This time, they are redesigning our school from the ground up.

The majority of my large projects have failed in the past due to my own shortcomings as a project designer.  I want to be able to say "here's the idea, now go!"

It NEVER works out that way.

It's also a super-jerky thing to do since, as a student, I HATED that level of open-endedness.

This time, I was a bit more deliberate.  I split the project into three distinct phases, with specific assignments and deadlines for each.

Phase 1: Research
In this phase, students began basic research and started compiling lists.  They were to think about the various rooms and facilities that would be in a K-12 school.  They were also to do research into laws around school facilities, including number of bathrooms, width of hallways, number of staircases, etc.

Phase 2: Design
Here, the students start with rough sketches of their school and, over the course of multiple revisions, refine them into a finished blueprint.  During this phase, they will be giving their designs to the other groups to critique while they do the same for others.

Phase 3: Cost
This is where the teams will determine the expected cost of their designs


I walked around the class today, helping them to formulate their critiques, but in truth, I needed to do very little.  They did an excellent job of organizing and formulating their idea.  In several cases, I also noticed groups making notes for their own designs based on what they say in other diagrams.

They will have the rest of this week to trade diagrams with other groups and will spend Friday writing reports to give to their classmates before revising and refining their designs based on feedback next week.  This process will happen 3 times before the final blueprints are due. 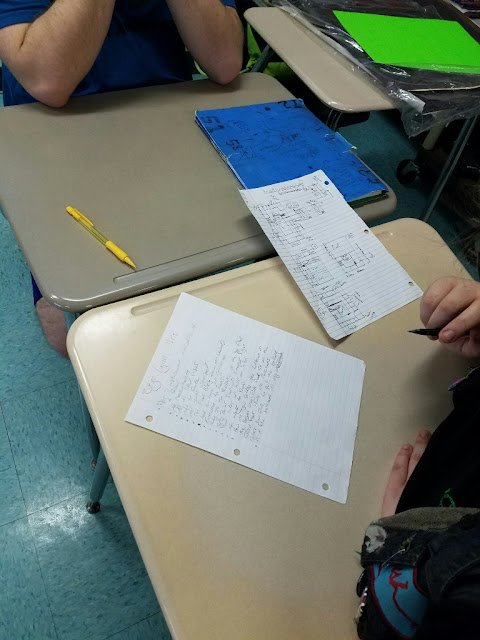 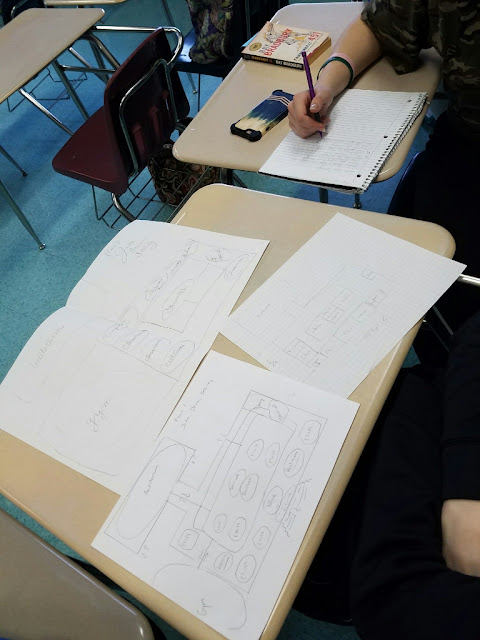 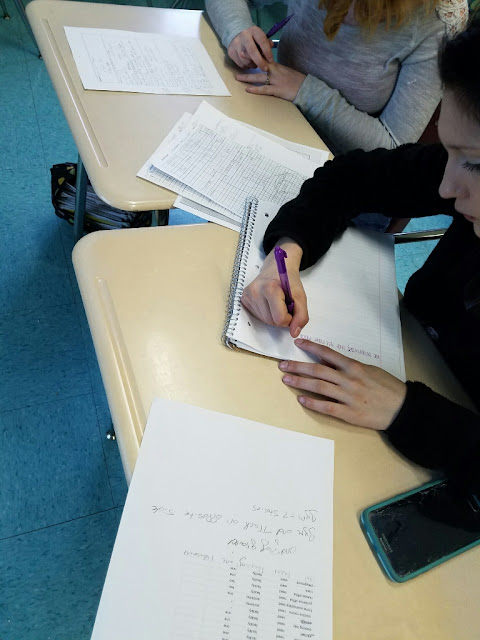 The idea here is not only to get them as much feedback as possible, but also to help them develop their own ability to provide meaningful feedback to others.

This was a great first day of that and I'm very proud of the work they started.
Email ThisBlogThis!Share to TwitterShare to FacebookShare to Pinterest