Posted by Justin at 9:50 AM
During my first semester as an undergraduate mathematics education major, I was told by one of my professors that I should change my major.  After meeting 18-year old me for a total of 7 times, she determined that I wouldn't be a good teacher.  While I can't necessarily say that she was wrong at the time, thinking back, I'm amazed that someone so ensconced in education would be willing to give up on a student.  She dismissed me from the start, rather than helping me to see what I needed to.

While I did change my major, I didn't give up on being a teacher. After graduating, I moved to New Jersey and entered an Alternate Route Certification program where I was hired as a full time teacher and enrolled in education courses at night.

As a direct result of this process, I didn't student teach until I moved back to Pennsylvania and enrolled in a Master's of Education program.  I butted heads with several of the professors in the education department over things that I saw as the short-comings of "education" education, many of which I have laid out previously.

I believe that as a result of these differences in personality, I was placed in a student teaching assignment that was meant to be a punishment.  While many of my classmates were placed in affluent districts, I, as well as some of my more vocal associates in the program, were placed in districts deemed "failing" by the state.

This turned out to be a blessing for me, as I thrived in this environment.  My cooperating teacher was a thorn in the side of his administration, but an excellent teacher.  He and I were of a similar temperament and teaching style, and we hit it off right away.

Since I had already taught my own classes for a few years, he handed over his schedule to me right away and we were off to the races.  The experience of teaching in someone else's class was amazing and, for the first time, I realized what I had missed by not doing student teaching the first time around.

Having another, more experienced teacher in the room who knew the kids and the system was excellent.  He never interfered with my lessons or class management, but we had several conversations of reflection afterwards, the function of which was replaced by this blog for many years.

It may not have been at that point that I realized I wanted to be a mentor teacher, but it was very soon afterwards.  In my previous district, I never had that opportunity, but now I do.

Last Monday, my very first student teacher showed up.  She is eager, energetic and ready to go!  She comes to my class so late in the semester because she spent the first half in an elementary placement.  My 7th and 8th graders are the oldest students that she has taught and, while she admitted she was nervous, she has taken to it admirably.

Because everything is about me.

Last week, she was observing me teach, learning the kids' names, interacting with them, writing lessons and getting ready to take over.  We had several conversations about what role she wanted me to play as her co-operating teacher; silent observer, class participant, co-teacher, etc.  I want this experience to be as valuable for her as possible, and that means giving her what she's looking for, rather than just checking the boxes handed out by her program.  Her previous co-op was more reluctant to hand over the classes, being worried about upcoming standardized tests.

I have no such concerns.

On Monday, I handed over my Math 7 class, giving her free reign over 25 7th graders at the end of the school day, all of which come to us from gym class. 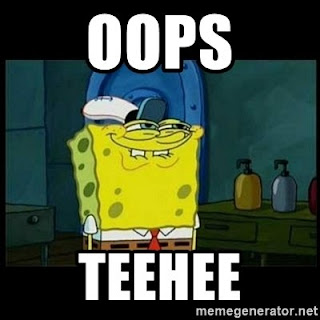 I took my seat in the back of the room and immediately realized my error.

Folks, being a cooperating teacher is HARD.

Teaching is a strange profession for many reasons, but one of them is that we come to see our classroom as our domain.  This room is my space.  When I am in it, I expect certain things to happen and things to go a certain way.  When they don't, I usually know why.

When you observe another teacher, you are forced to notice things that you wouldn't normally notice.  You go into their kingdom, taking stock of similarities and differences. You note how they interact with students in a different environment.

Being an observer in your OWN kingdom is WAY strange.

I had decided I wasn't going to do any discipline or interacting with the students.  I was going to let her teach and interact the way she wanted to and let the chips fall where they may.  I sat in the back, blank expression, watching a lesson happen in my classroom, biting my tongue.  As my mouth slowly filled up with blood from biting my tongue, I wrote notes for her based on what I saw, and what I didn't see.

It was overwhelmingly positive.  I loved the way she interacted with the kids, the way she presented the lesson, and many, many other aspects of her teaching.

The biting of my tongue had absolutely nothing to do with her and everything to do with the difficulty I having giving up control in the first place and resisting the urge to helpfully jump in.

Upon reflection of my reaction, several things occurred to me, all of which boiled down to a single statement:

I need to be a better teacher.


Saying this isn't a statement of self degradation, but merely an observation.  I am a teacher. I think I'm a fairly good teacher, but I am by no means a master teacher.

I have so much to learn.

In the 7 days that she has been in my room, I have been more reflective on my own practice than I have been in months.  I have thought of better ways to present content, more encouraging ways to interact with the students and my coworkers, and better classroom environmental structures. Having a room full of students who are supposed to be learning from you is a very different experience than having one adult in your room who is looking for you to be a mentor.

Introspection is, once again, becoming my most common partner.


It has been almost 15 years since I have been on the dating market, but I do remember that during the first few weeks and months of dating a new person, people become the best versions of themselves.  We want to impress our new partner.  We do all of the things that we know we should do, many of which fall off of the wagon of complacency that comes from the comfort and familiarity of a long-term relationship.

We have more patience for the faults and more appreciation for the strengths of the person we are dating.  Everything they do is amazing and we go above and beyond in order to make the relationship work.


Having this future educator in my classroom is rekindling many of my own feelings about education that I had no realized needed to be stoked again, blowing new oxygen on the embers until they blaze.

I have been complacent.  I have been lazy.  I talk a good game, but my follow-through has been lacking.  I have not been the better educator that I want to be.  My student teacher, simply by being present in the room and asking me to help her to become a better educator, is doing the same for me.  I am already grateful for her.

I am invigorated.  The next six and a half weeks will be so fascinating. 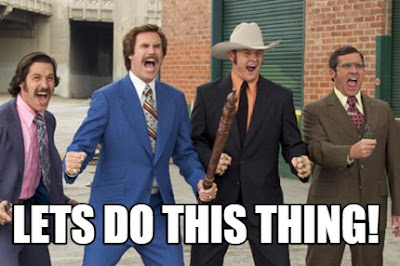