Posted by Justin at 4:24 PM
The more I thought about the vocab activity from yesterday, the less I liked it.  Or, more accurately, the less confident I became in the efficacy of the activity and whether it would be worth the investment over time.

Isn't that the true question about deciding which activities to use in class?

Will the activity be worth training the students?

There are activities and projects that the students grasp right off the bat and are able to utilize for higher level purposes, like content and skill development.  There are other activities that require multiple iterations for students to understand how they work before those higher purposes can be achieved.

When you were an economics undergrad, everything is about cost-benefit analysis.


Pre-algebra started talking about problem solving strategies today.  A fairly lengthy conversation ensued in which we talked about the steps that we should take for solving problems and we worked out 4 steps for doing so: 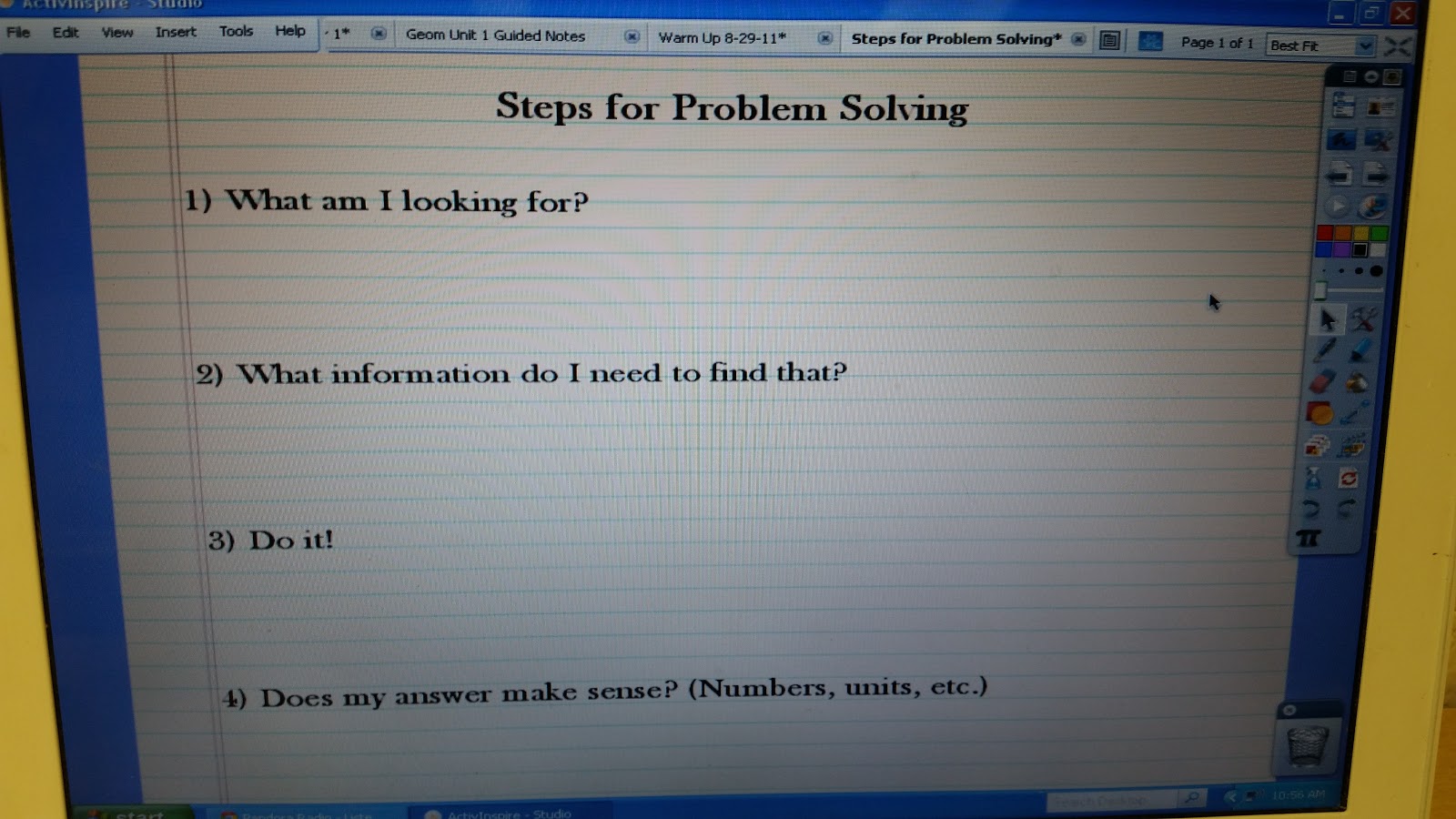 Then we put them to use!

It costs Mr. Brown and his son $13 to go to the movies.  Mrs. Smith took both of her children and it cost $18.  How much will it cost Mrs. Beauregard to take 4 children to the movies?

3) Do it!
At the direction of the students, I drew the following: 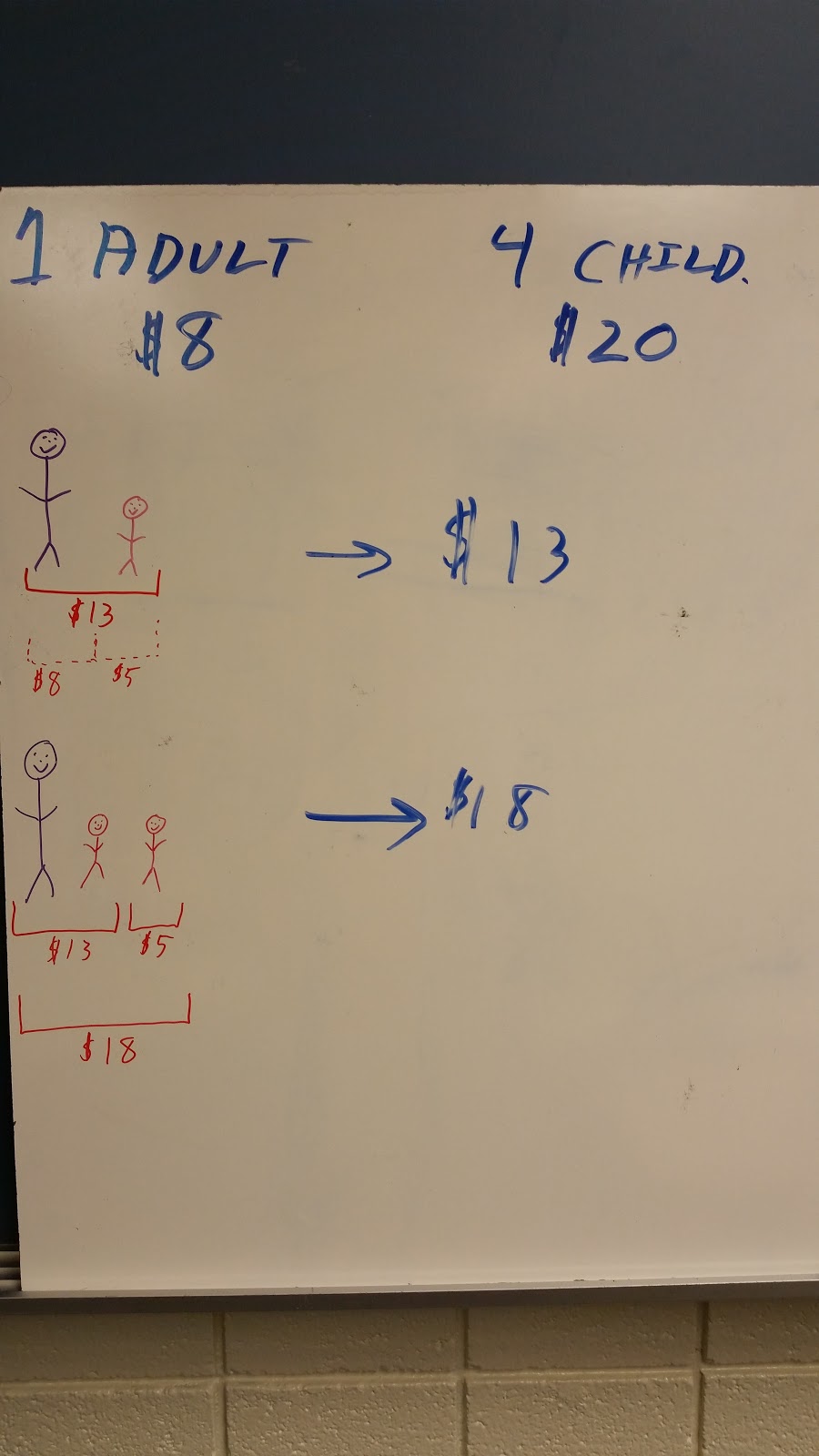 Then I gave them a group of other problems to work on.  They worked in groups, moving around the room to get with people who could help them (without my prompting them to do so.)

A student asked if she could use the calculator on her phone.  I stopped the class and we had a quick talk about the cell phone use policy in the school and how they could use their phones for this task, but if I saw them on Facebook, Twitter, Instagram, texting, etc. I would be required to take the phone.  They agreed that it was reasonable and there were no problems.

I was able to circulate through the room, working with students from the rest of the period.  When students got stuck, I directed them back to the 4 steps.  Since they were a bit rusty from summer, I chose problems that were not overly taxing, but also not straight forward.  I heard great conversations from groups with students convincing each other of their reasoning.

8th period started off poorly with one of my repeating students having to be removed because he couldn't control himself enough to stop talking.  I asked him to stand in the hallway to cool down and when I invited him back in, he refused.

After that, the rest of the class was great! We had the same talk that I had with period 1 and they worked incredibly well on the problems!  Groups formed again on their own and they utilized the "vertical non-permanent surfaces and visible random groupings."  There were, again, great discussions among some of the groups about what answers are reasonable. 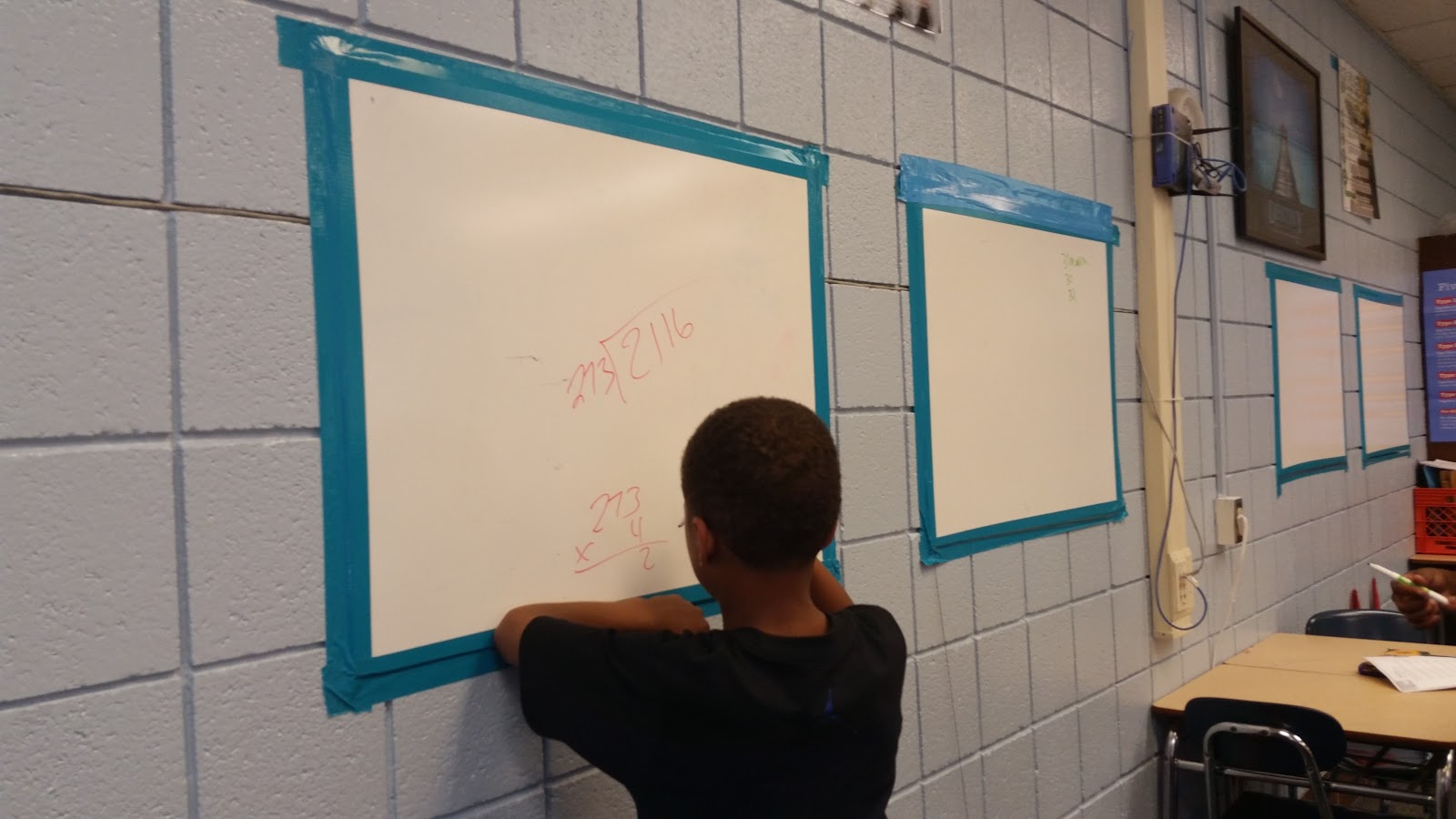 I was very impressed with the work and effort that many of the groups were displaying.


In geometry, we had a talk about maturity and how there needs to be a shift in that area.  As "advanced" students, I'm very disappointed in the childish behavior that I'm seeing so far in that class.  We talked about the idea of time and place and I think they understood, but I expect that I'll have to hit it again.

In our discussion about points, lines and planes, I once again talked about An Unstable Chair, which is one of my more popular lessons from geometry last year.  We went back and forth about intersections of lines and planes until one of my students asked me a question that stopped me cold.

"If a piece of a line is a line segment, is there such thing as a plane segment?"

The ensuing discussion didn't last very long, but I can't get the question out of my mind.

This was a good day and I felt good at the end of it.

The cafeteria women made a ham and pineapple pizza just for me!

And I found sunglasses that fit nicely over my regular glasses!  It was a winning day! 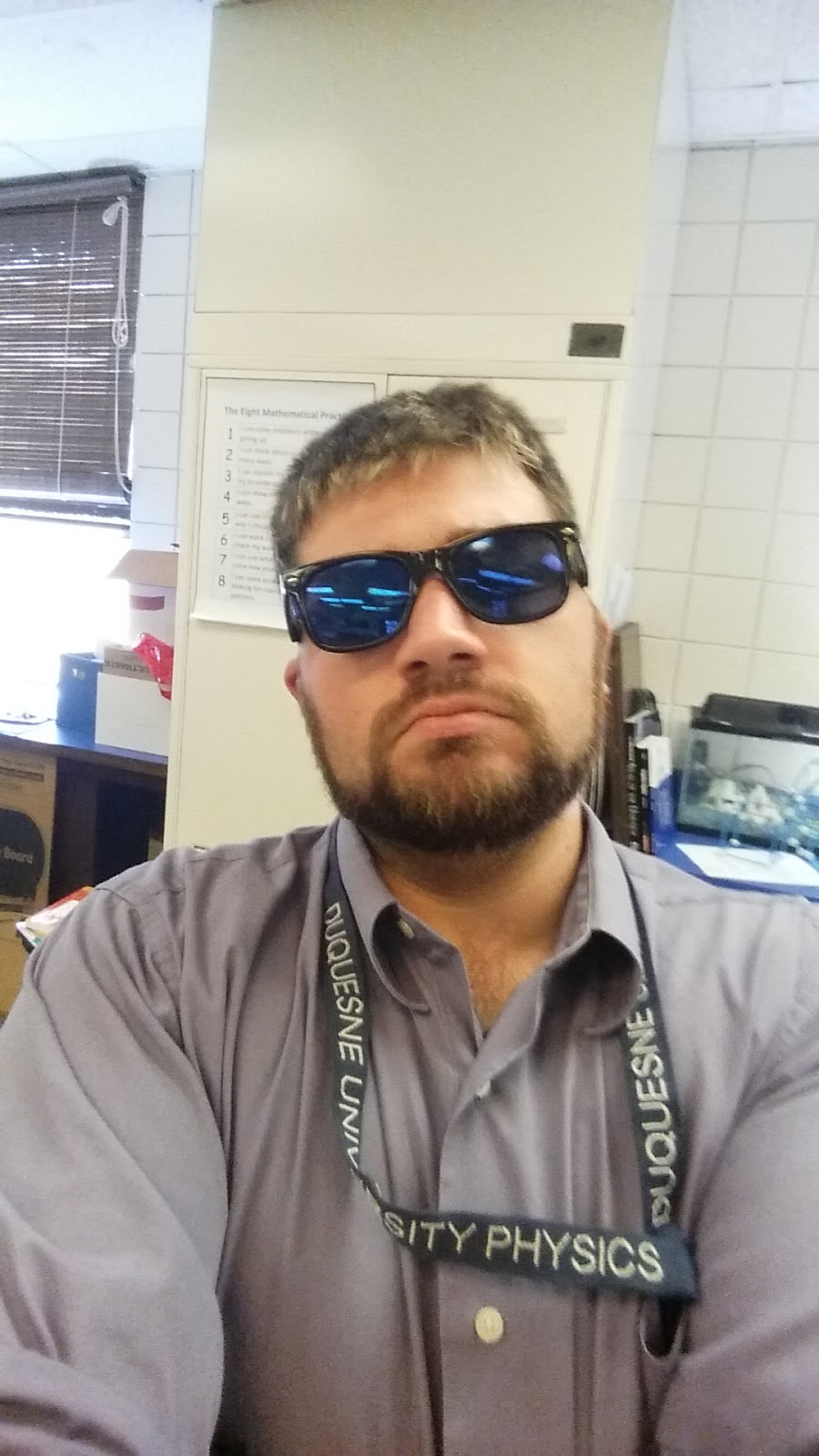