They are struggling to translate that to calculations.

I attempted to channel the brilliant Fawn Nguyen and her very cool Staircase and Steepness activity.  It did not go as well as I would have liked.  The students did a very good job with the first part and discussed their strategies and reasons with each other.  Then when it came to measuring and verifying, they lost interest and got distracted.

After the break, I set them back on their independent work and called them up one at a time to check their progress.  Several students came up to ask about slope calculation and I helped them individually.  Then I got tired of repeating the same thing over and over and pulled the class back together for a mini-lesson.

They were very attentive, which I both appreciated and found frustrating.  The mini lesson was almost verbatim the one I gave yesterday that they pointedly ignored.

But if I got them to pay attention today, that's a win.  Yesterday is gone.


In geometry, I had a small class for various reasons and short period (read: only 1) so they could get their weekly science lab in.

I have been wanting them to be playing more games and thinking about strategy. Plus, this weekend, I bought a few new games that I wanted them to try out.

I developed a sheet for them to fill out for each game they play that asks them to describe the positives and negatives of each game, describe the basic game play and discuss the strategies that they used to try to win. 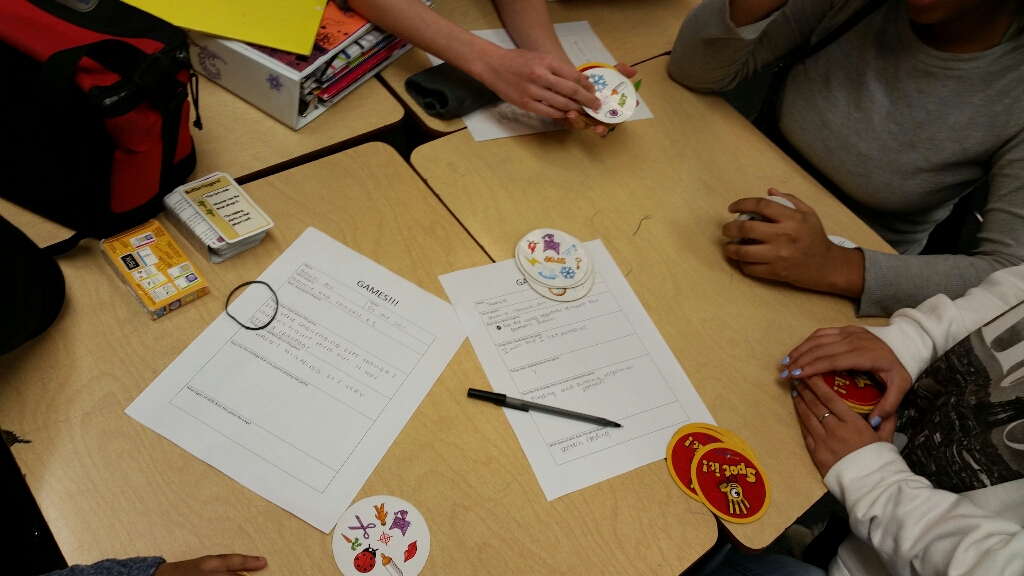 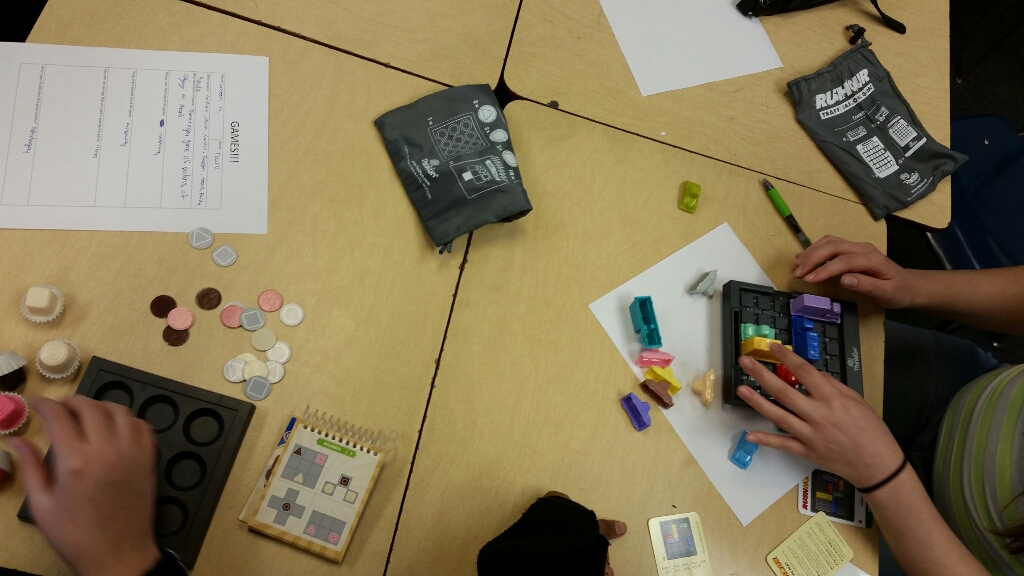 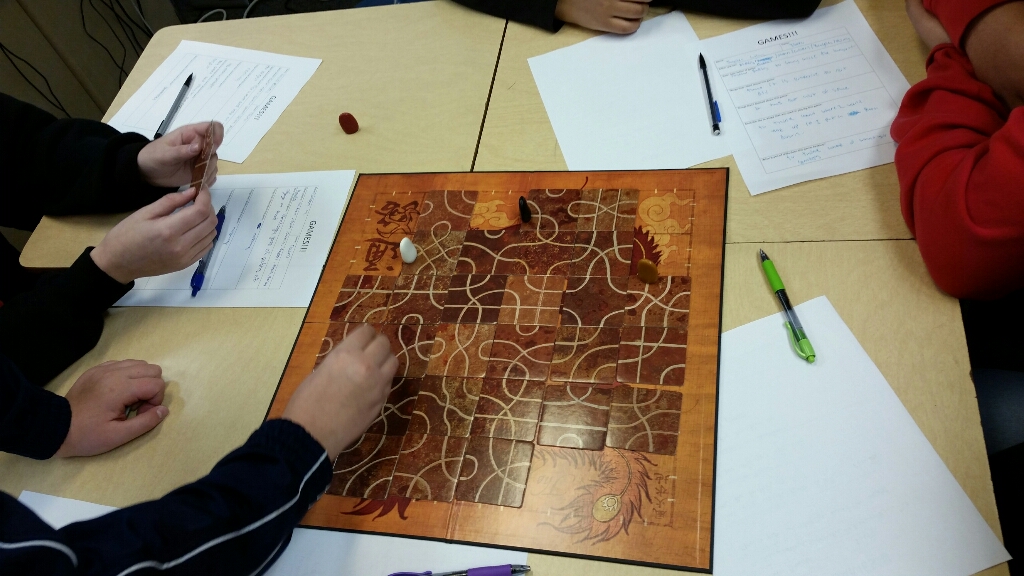 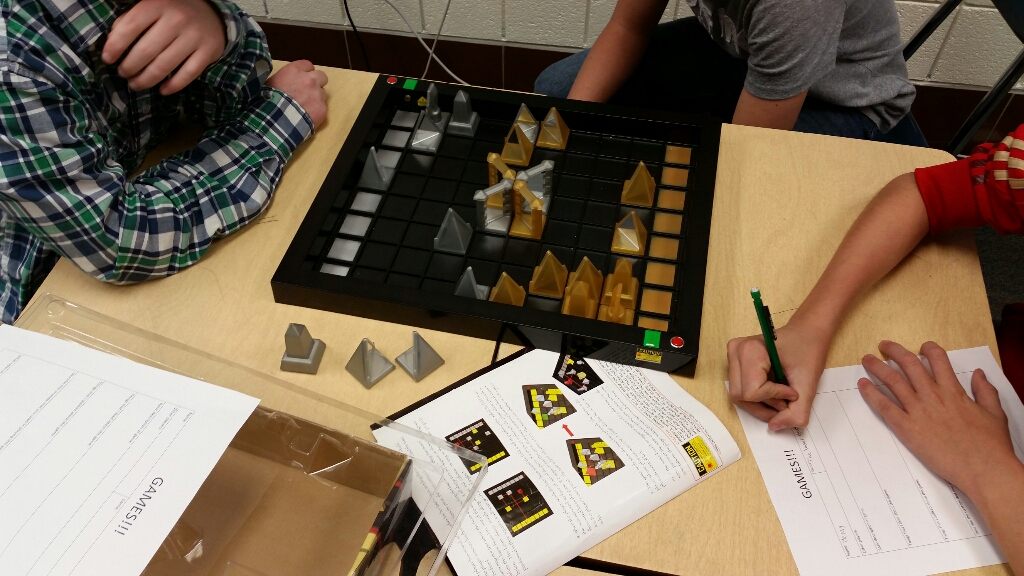 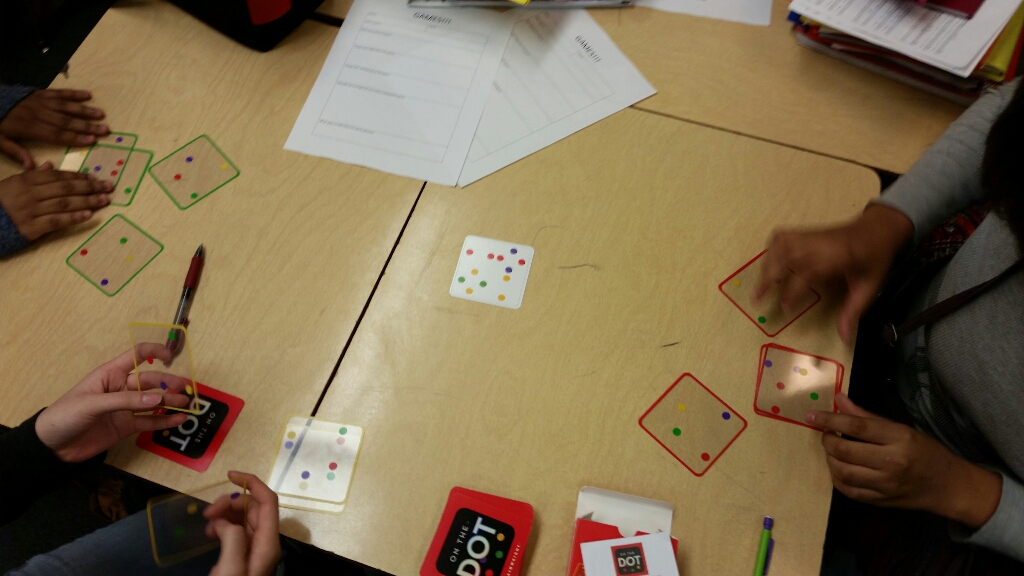 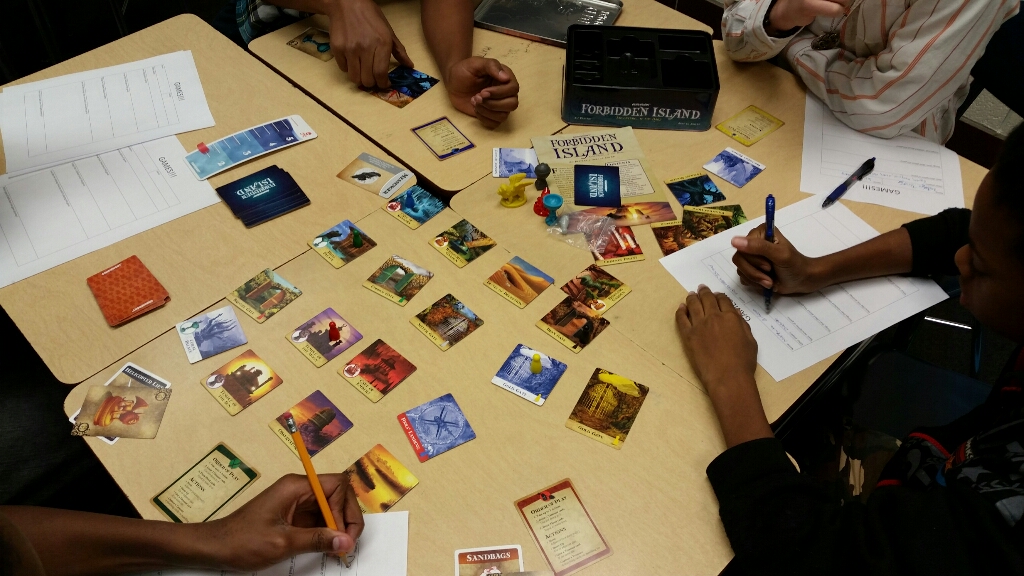 For a first attempt at "describe your strategy" they weren't bad.  For the most part, the students simply described game play.

"My strategy was to see where the laser goes."
"I angled the mirrors to hit my opponent."

A few, however, had the concept down and gave legitimate strategy and I will be using them as examples of what I'm looking for.

"I tried to stay away from other players until they were eliminated."
"I started by stacking 2 cards in the proper pattern and then changing them out as needed."

I was very impressed with their work and it's fascinating to see which games certain students love or hate and which ones pique their interest and passions.

I'm looking forward to tweaking the feedback page and getting them to think more about strategy and describing their thinking.
Email ThisBlogThis!Share to TwitterShare to FacebookShare to Pinterest