Posted by Justin at 3:16 PM
I should have stayed home today, but I know it wouldn't have helped.

Yesterday, I started grading at 8:30 am.  When I finished at 3 pm, I had a headache, my stomach hurt, I was angry, frustrated and imagined myself as the worst teacher ever.

In my heart, I know this isn't true.  I know that my lessons are not super boring.  I know that many of the low scores are a direct result of the choices made by my students.  They CHOOSE to sleep during class, to not take notes, to not use the reviews, to not ask questions, to put their name on the test and then turn it in.

I know that when a student who was absent on Friday gets the test today, answers the first page while leaning on a locker, turns in it after 3 minutes and says she'll do the make-up, then spends the period talking to her friends, that she's making a choice.

I know that when a student calls me over to ask a question and then turns around and talk to his friend about sports while I'm standing there, he's making a choice.

I also know that part of school is helping students to make more productive choices.  I'm becoming less and less convinced that I know how to do this.

On a small scale, I can have conversations with students about their choices, but with 130, I'm not sure how to do it without having them think "he's talking about someone else."

My class is an elective science class.  Many of the kids in it are taking it because they need the science credit to graduate, and they thought it would be easier than Ecology or Chemistry.  It's not a hard course, but you do need to do more than just show up.

I KNOW that the score are a result of the choices that they make.


But that doesn't stop me from asking what else I could do.

When I start making of list of the things I AM doing to support them, I feel as though I'm making excuses.  I wonder how much of this is internal and how much is societal expectations that teachers never give up on their students.

For your own sanity, there has to come a point where you stop.  At some point, you have to do the math of how much you focus on one disruptive student instead of the 12 attentive ones.

No, you shouldn't give up any kid.  But why should one take priority over 29?  We have to serve every kid, but at what point does serving one student mean neglecting another?

These are questions that we can't ever discuss because no one wants to admit that they are giving up on a kid.

The reality, however, is that as a human being, I have a limited set of skills and there are students whose needs are beyond my abilities.

I am unwilling to sacrifice 29 for the sake of 1, especially when that 1 takes it as a personal mission to dynamite the classroom.  I know he/she has needs, that the behavior is rooted in something important, but I simply don't have the resources to cure those ills.

Spending 5 minutes on each student each day adds up to almost 11 hours each day.  So we focus our time where think it will do the most good.


Student: "Mr. Aion, I'm coming in Wednesday to retake a test."
Me: "Which one?"
Student: "I don't know which one! YOU look it up!"
Me: "I'm not doing that. It's your test that you want to retake. If you don't know which one it is, it tells me that you haven't prepared for it. That means it would be a waste of your time to take and mine to grade."
Students: "You're mad! Don't take it out on me just because you're angry."
Me: "Not at all. This is your grade and your retake, therefore is your responsibility."
Student: "STOP TALKING TO ME!"

I know that much of this response is a defense mechanism, trying to not feel stupid and lost, but that doesn't change my ability to deal with it.

I don't know how to explain that there needs to be some personal responsibility.

I called him up near the end of class and we cleared the air.  He looked up the test he needed and said he would study.  I felt better about it, but I'm wiped out.


When I told another student that he didn't know what he was supposed to be doing because he spoke over me while I was giving directions, he said something about "deez nuts." 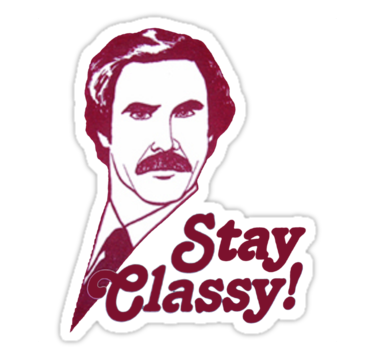 And then something interesting and comforting happened.  While I was covering another class, a few students came from the din and asked me if I knew any math because they had some questions on their homework.

As we worked through the problems, as I explained concepts, I could feel myself calming.  By the time I had to head back to my own room, I was still upset, but in a much better frame of mind. This was aided by one of my own students also asking for help in algebra.

I find comfort and solace in the crunching and exploration of mathematics.  I love helping kids explore new methods in order to deepen their understanding.  It breaks my heart to hear a student say that a teacher requires them to use a certain method.  Math is beautiful and we our very best crush that beauty into rote procedures.  For a few brief moments today, I was able to help some students break out of that and see the beauty again. 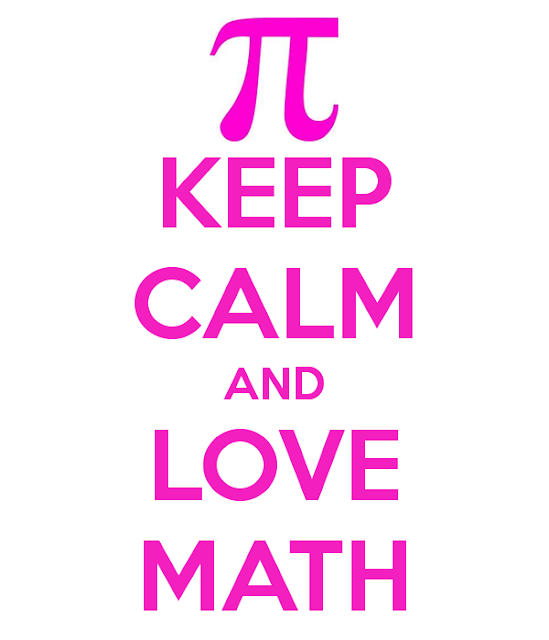