Posted by Justin at 3:12 PM
I started today by playing a video.


We are starting the unit on the Sun so I thought a cool video with nice animation would be a good way to introduce the topic.

"Phil Plait speaks incredibly quickly, so don't worry about writing anything down or even catching all of it.  Just pick up what you can and we'll talk about it afterwards."

Over the 10 minutes, there were a few exclamations of "holy crap!" and "that's crazy" which I took as a good sign of engagement and interest.

Then I told stories.  I've said before that when I lecture, I do so in the form of storytelling rather than fact listing.  Telling the same story 5 times in a row also means I get more of the facts right and am able to add more details.  In talking about the photosphere (which I knew nothing about 3 days ago) for 5 periods, I now feel VERY comfortable moving away from just the basic facts and make it more of a story.

So, who wants to know about the photosphere... 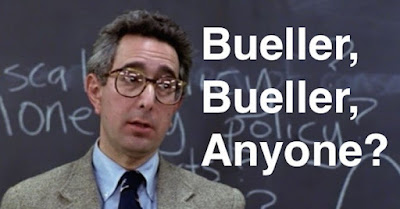 
I'm feeling much better than yesterday.  One of the students with whom I had an altercation yesterday came up to ask me to sponsor the chess club today.

Sometimes it just takes a day or two to get your head right.

I helped myself to improve my mood by working on some 2-dimensional kinematics problems with the Physics class.  Hooray!

About a third of them had their heads down, waiting for us to either finish the problem, or not trying at all.  The other two thirds, however, worked VERY hard and I could actually hear brain gears grinding.  It was a glorious sound, seconded only by the cries of elation that a student gives when they have fought their way through a tough problem.
Email ThisBlogThis!Share to TwitterShare to FacebookShare to Pinterest