Posted by Justin at 3:16 PM
I'm looking for alternate ways for students to demonstrate their knowledge of the content, other than traditional tests.  For this chapter (the Sun) They could either create a model of the sun, write a 2 page research paper, or take the test.  If they came in today without the first two, they would be choosing the third option.

The submissions I received ran the full spectrum from incredibly detailed and created to **yawn** "OH CRAP!!"

Even with all of that, I received several messages over the weekend asking for more time because computers broke or parents didn't get the supplies, etc.  Also, there were several students who clearly worked incredibly hard on their projects, but didn't look at the rubric to see what was being graded.

A few students submitted "research papers" that were clearly copied from websites, had font changes in the middle of sentences, lacked sense and coherence, or were a single paragraph when they were supposed to be 2 pages.

On the other hand, there were a ton of students who demonstrated dedication to their projects, mastery of the material and pride in their work.  While the majority of the projects were made from cut foam, I also received submissions in clay, Playdough, paper, plastic and a half of a basketball.  One of my students made a video in Adobe and sent that in. 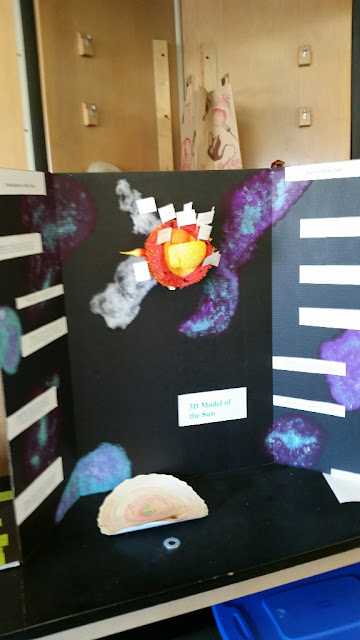 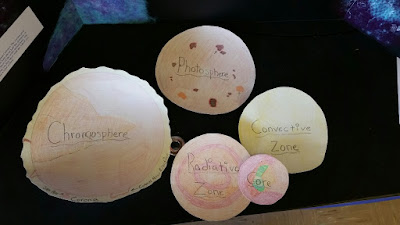 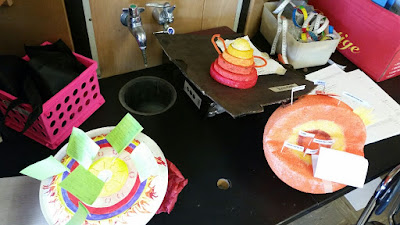 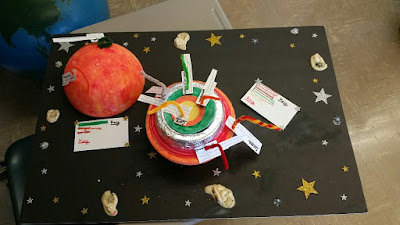 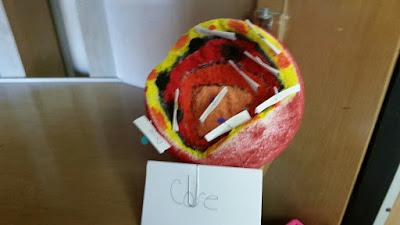 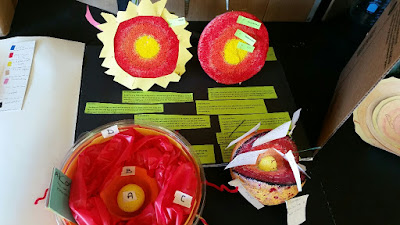 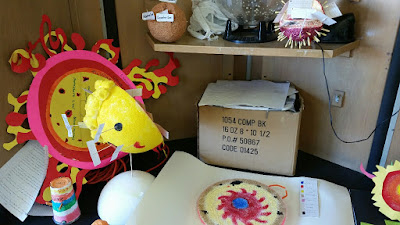 With a few exceptions, I was fairly pleased with what was turned in.  I'm hoping that if I continue to offer assignments that allow students to be creative, they will improve over the year.

I am, however, DEEPLY disappointed that I didn't get any cake.  I even brought in a stack of plates because I had one kid in each class tell me they were making cake!  What jerks!


This assignment also had me and one of my coworkers discussing the benefits and drawbacks of such projects.  The first thing is the struggle that I have with grading them.  It upsets me to see a project that has been loved and carefully attended earn a low grade because the student didn't check the rubric.  Conversely, I'm annoyed at having to give high marks to a student who turns in a last-minute project but managed to hit everything on the rubric.  The solution to the later is to make the rubric much more specific, broken down into artistic elements and whatnot, but I don't want kids to NOT choose the do the project because they lack artistic ability.

I'm also deeply annoyed by the kids who do the bare minimum because that's how I operate when I don't have passion about something.  Even as I wrote that last paragraph, I could picture my mom rolling her eyes and yelling at her computer screen with something like "That's because that's who you are!"

The other idea that I was discussing with my colleague was that students will spend an inordinate amount of time on the aesthetic aspect of the project while minimizing the content.  Several of these models are gorgeous, but display no understanding of the underlying concepts.  This is where the feedback comes in, but I didn't have any student willing to revise.


Also, WHERE IS MY CAKE! Even the girl who did her sun in Rice Krispies wanted it back at the end of the day!

She did let me have a slice...
Email ThisBlogThis!Share to TwitterShare to FacebookShare to Pinterest