Posted by Justin at 3:47 PM
I asked my first period about which topic in astronomy they wanted to cover next:

They overwhelmingly (read: all three kids who voiced an opinion) chose exoplanets.  So I started diving into the notes on that chapter.  I have a good amount of resources from the previous teachers, but much of it is out of date.  With some of the topics, that's not a big deal, but with exoplanets, it's a problem.

The notes were written in 2006 and a ton of information since then has come in.  Several of the "Future Missions" have since been cancelled and data needed to be updated on findings.

We had a 2 hour delay because of the cold weather and the fact that, apparently, 2 of the 3 boilers in the school weren't working today.  I kept my coat and gloves on for much of the morning and was walking up and down the halls singing "I can't feel my toes when I'm at school." 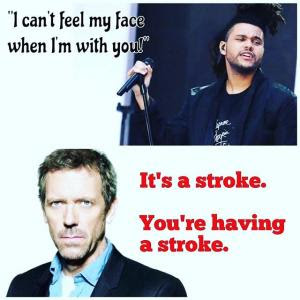 Unrelated, is The Weeknd the ancestor of Ruby Rhod? 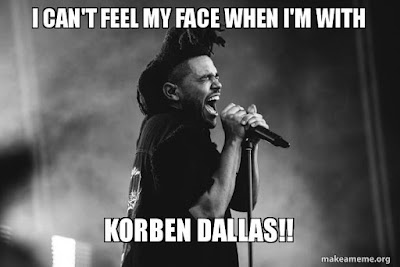 By the time the students arrived, my class was 50 degrees and, because of the delay, all of the periods were shortened to 25 minutes.  I gave them time in class to work on assignments they needed to complete while I was editing the presentation for exoplanets and trying to build a guided note packet.

I didn't get as far into it as I wanted, but it really made me think much more heavily about what I want them to know.  Do I REALLY care if they understand the mathematics behind Doppler Red Shift?

At the end of the day, a former student stopped in my classroom to say hi.  We caught up for a bit and she told me about the relationship that she's in that I would describe as borderline emotionally abusive.  In describing it, she seemed more annoyed that upset or afraid.

I built a relationship with this student and I care very deeply for her.  While it was wonderful to see her today, it hurt my heart to see her in such a situation.

I tried not to offer her advice beyond "you need to do what's best for you."  I plan to monitor the situation and take steps should it escalate, but it hurts my heart to know that there's not much else I can do.  We don't like seeing those we care about in pain, but we also can't live their lives for them.

I will support her however I can.  In the mean time, I have astronomy to teach myself.

Teaching is complicated.
Email ThisBlogThis!Share to TwitterShare to FacebookShare to Pinterest