Posted by Justin at 3:17 PM
I'm starting to see some major divisions in my classes.  The Astronomy kids seem to fall into one of two categories.

Either they took the course because they have a genuine interest in Astronomy, or they signed up because they needed a science credit and thought it would be easy.  Now, with 3 weeks into the class, the latter group is beginning to see the error of their ways.  The class will be interesting, but it will not be easy.  Some of these topics are very complicated and nuanced and it will be easy for those who space out (HAHAH! I slay me!) to get left behind.

I don't want this to happen.  I want them to be interested, engaged and willing to do the work.  Some of them are simply unwilling.  I hope that I'll be able to change that.

In Honors Physics, I'm also noticing a disturbing level of algebraic discomfort among many of the students.  In order to get set up for 1D motion and kinematics, they need to be able to manipulate formulae and be comfortable with graphing.

Every student in the room either has passed, or is currently enrolled in, Algebra 2.  Nothing that we are doing should be new, and yet it seems so to many of them.  I asked some of the other science teachers about what I was doing wrong, why I was having so much trouble moving beyond the math review.

I was told that's just how it is.  Even the students in AP classes often need a 1-2 week review of scientific notation, algebraic manipulation and problem solving.

Having been in the math department, I KNOW that these topics are covered.  They are covered in almost every math class that a student takes, starting as early as 6th grade.  So why is there no retention?

I know that there are tons of answers to this question and, at this point, it was rhetorical.  How we got to this point is much less important that what to do about it.

"I'm done reviewing this stuff.  This is an Honors course and if you're here, you can do the work.  So tomorrow, we will be having a quiz on equation manipulation and Monday we are starting labs.  If you need help, I will help you. I will work with you to get you up to speed.  I don't want anyone to fall behind, but I'm done spending class time on pre-requisite skills."

I hate phrases like "when you get to college" but the reality is that these kids are college bound and if they walk into a class without the requisite skills, the professor isn't going to use class time to get them up to speed.

In a class of mixed ability, such as the astronomy course, I'm much more willing to spend time of those skills.  I may have unrealistic expectations, and I plan to integrate these skills into the work we are doing, but I don't think anyone signs up for Honors Physics so they can learn Algebra 1 skills. 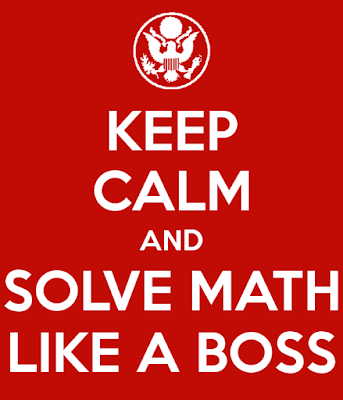