Posted by Justin at 3:41 PM
Unless you're a fairly technical person, or interested in the technical aspects of things, learning about telescopes can be pretty dry.  I enjoy it because I love knowing how things work, but many of my students are glazing over.

Not so much today.

Today, we moved from talking about the workings of telescopes in general to looking at three specific optical observatories.  I plowed them with facts and gorgeous pictures, as will I you, should you keep reading. 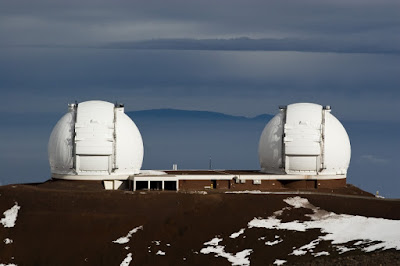 Being 4200 meters above sea level and in the middle of the ocean, there is very little in the way of light pollution or atmospheric disturbance.

Both Keck telescopes are Cassegrain reflectors, each composed of 36 hexagonal aluminum mirrors, assembled into a single mirror that is 10 meters wide.  A major advantage to using multiple mirrors is that they are much cheaper to make and much easier to replace if need be. 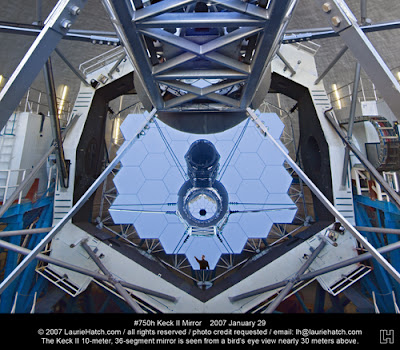 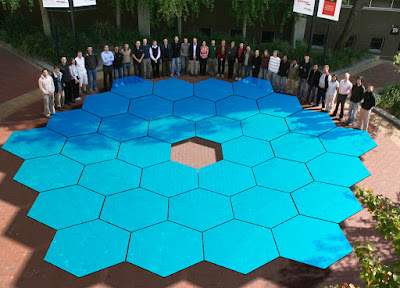 While the telescopes operate independently, they can be linked and operated together to act as a single mirror boosting the observation power considerably.  It is, however, very difficult to say "hey look at that star! No, not that one. The one below it.  No, go left. Up a bit..."

As a result, the telescopes use lasers to pinpoint their aim. 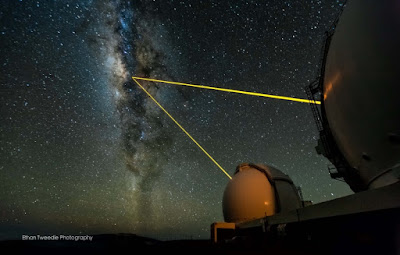 While they operate primarily in the visible light spectrum, the can see into both ultraviolet and infrared. 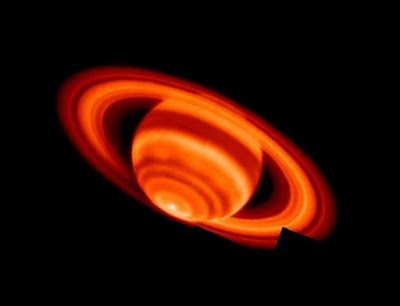 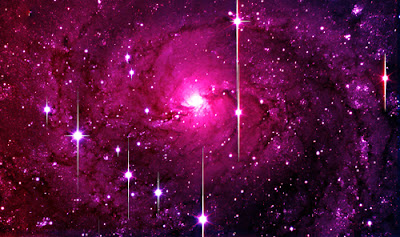 It is because of data made through Keck observations that we understand that Europa has liquid water beneath the surface and MAY harbor life. 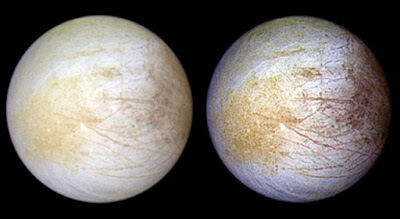 Hubble was launched in April of 1990 and is the size of a school bus.  It has solar panels that keep it operational and the silver coating reflects sunlight away, keeping it cool. 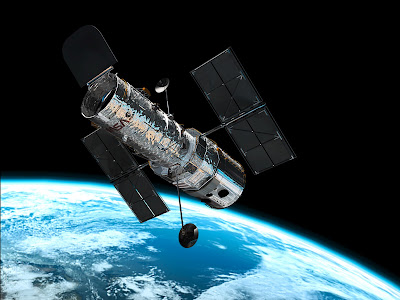 The reflecting mirror is 2.4 meters in diameter.  With multiple missions to make repairs, Hubble is still sending gorgeous images back to Earth 26 years later. 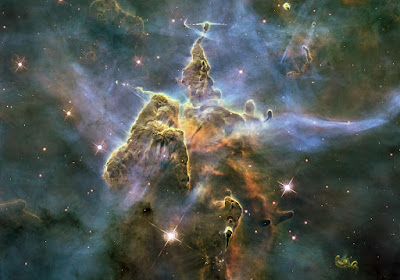 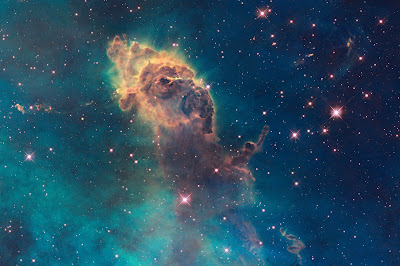 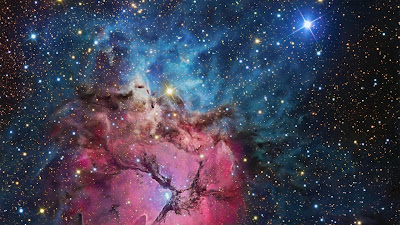 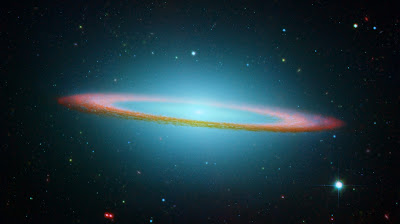 Hubble is able to find and maintain a target within 7/1000ths of an arcsecond, which is the equivalent of staying focused on a human hair from a mile away.  It was told to focus on a small and unremarkable patch of sky for several days, allowing tons of light in and peering into the farthest reaches of the universe.  What it returned has become known as the Hubble Deep Field.

Every speck of light in this photo is an entire galaxy.

The majority of famous space photos that exist in society were taken by Hubble. 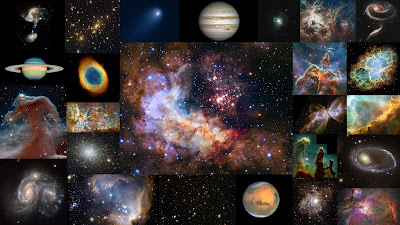 The Gemini observatory hosts a pair of telescopes, like Keck.  Unlike Keck, however, those two telescopes are thousands of miles apart.

Gemini North is located on Mauna Kea, not far from the Keck.

Gemini South is in the Andes Mountains in Chile.

By having one in the northern and one in the southern hemisphere, the Gemini Observatory is able to see the entire sky.  The silver domes reflect more sunlight than the white domes of the Keck, making the temperature differentials between day and night much less dramatic.  Since glass shrinks and grows with temperature changes and these are precision instruments, every nanometer counts.

Unlike the multiple segmented mirrors of the Keck telescopes, each of the Gemini scopes relies on a single mirror. In every single class, showing this photo elicited the same question in various colloquial phrasings: How much do those guys get paid to clean that mirror?

I couldn't find that information, or even how long it takes.  What I could find is that the 20 engineers go through 500 steps and use natural sponges and horse soap.

On top of all of this, I stood in the hallway talking to a group of students at the end of the day, simply enjoying their company.

On my way out to my car, a student caught up to me and told "I don't know what it is about your class, but it gets me all excited!"

I thanked him for saying so and said that I wished the rest of the class would be as into as he is.

"When they get to be your age, they'll wish they had paid attention!"

What a great way to end the week!
Email ThisBlogThis!Share to TwitterShare to FacebookShare to Pinterest