Posted by Justin at 4:29 PM
When you engaged with students in a pissing contest, you always lose.  It doesn't matter who has the best arguments, the wittiest retorts, or whoever wins the crowd.  Even if you win, you lose.  The immediate effect is that you make that student feel like a loser.  No one likes to feel that way and that student will hold on to that feeling forever.  They will constantly be trying to prove themselves and it will spiral downhill.

I try VERY hard not to engage in these contests with my students.  On Monday, I did and it went VERY poorly.  Yesterday, I spoke with my classes and moved on.  I spoke with the students individually and tried to clear the air.

Today, we were reviewing for the test tomorrow.  One of my classes is particularly challenging.  What I find the most frustrating is that the vast majority of the students in there are genuinely interested in Astronomy.  I think after my blow-up on Monday and my apology yesterday, these students have had enough.

Today, while going over the review, a few young men tried to rattle my cage and derail the class.  When I refused to be rattled and continued speaking in a calm and professional fashion, they rattled harder. 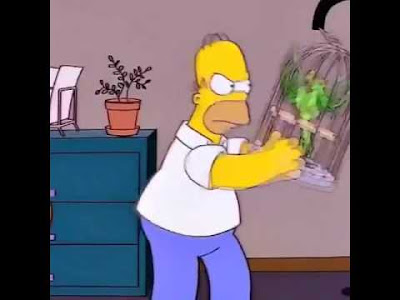 I stayed professional and answered their questions with calm and patience.  When they realized that I wasn't going to bite, they either started paying attention, or put their heads down.

A few times, they tried again and the other students were having none of it.  It became them who started telling the few to be quiet.  For a few moments, the class was what they had signed up for.  We were talking about Astronomy and I was able to answer their questions.

At the end of class, I thanked them.  I reminded them that I wasn't going to be able control everyone and, that I shouldn't anyway.  Students need to learn to control themselves.  They need to learn to function in an environment of their peers.

When the students who want to learn take control of their own classroom, they will be able to do amazing things.

A teacher shouldn't the boss of the classroom.  We should be the guides who help those students become the best they can be.

We cannot bend students to our will, even if that's what's best for them.


They have to be their own people.

We show them some doors, but they have to pick which one, if any, to walk through.


If we carry them through, the choice wasn't theirs.
Email ThisBlogThis!Share to TwitterShare to FacebookShare to Pinterest