Tests all around in the Astronomy classes.  I got some pretty great answers as well as some pretty mediocre ones.  While they were taking their tests, I was able to get a good amount of grading completed, which was a weight off my mind. 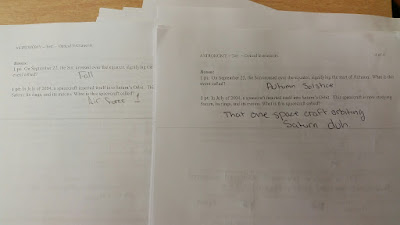 I'm VERY ready to start the next section.  I like telescopes and how they work, but I'd much rather have my head above the clouds.

At 11:30, this happened.  We did the interview about a month ago and last week took the pictures.  I met the folks involved at A Teacher Like You (Hi Claire and Kelsey!) at ISTE this past summer.  We spoke for a while there and they liked what I had to say, deciding that I was worth making into this feature.  I am deeply humbled and honored to have been asked.

Having the article finally published, and the response I've received so far, feels like validation for many of the things that I've been saying for the past year or so.  Teacher voice is incredibly important and I'm so glad that the folks at ATLY are highlighting it.

During Physics, I received an amazing compliment from one of my students and I don't think he realized that it was.

He didn't say this the way that complaining students, but more of an observation.  I'm pleased since this is how I think education works best.  For the students who don't use this mode effectively, I'm still here to guide and direct them as need be.

I WILL BE THE PRETTIEST PRINCESS!!

Next up? Joining "LadyBaby!" 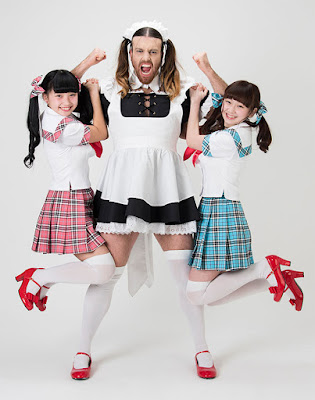 So that was today.
Email ThisBlogThis!Share to TwitterShare to FacebookShare to Pinterest