Posted by Justin at 4:04 PM
In the beginning, there was the singularity.

All of the mass in the universe was condensed into a single point, hotter and more dense than we can imagine.  This point couldn't contain that mass and it exploded.

This explosion filled the universe with elementary particles that fuse into elements.  3 minutes into the universe, all of the mass has been fused into either hydrogen or helium.  Mass attracts mass and, over time, hydrogen atoms and helium atoms coalesce into more and more dense clouds.

As the mass increases, so does gravity, pulling the clouds closer and closer together, driving up the density even further until the hydrogen atoms begin to fuse together.  The process of hydrogen fusion produces helium, and energy.  That energy pushes against the gravity that is pulling the particles back in and sets the star into a state of equilibrium.  As long as there is hydrogen to fuse, gravity and expelled energy hold each other at bay. 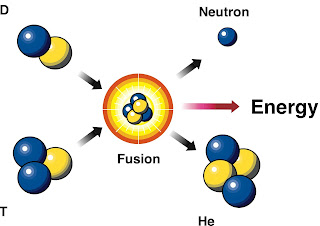 Much like all reactions, this one eventually runs out of fuel.  Eventually, there is no more hydrogen to fuse.  Without the fusion, there is no energy holding back gravity and the star begins to collapse.  The first generation of stars were so massive that when gravity took over and collapsed the star, the pressure and density was enough to star the process again.  This time, instead of fusing hydrogen into helium, the star is fusing helium into lithium.

When it runs out of helium, it collapses again and begins fusing lithium in beryllium.  With a star massive enough, it will continue to work it's way up the periodic table, fusing lighter elements into heavier ones, releasing energy...

And then it gets to iron, element 26.

Iron is an incredibly stable element.  It is the first element where fusion doesn't give off energy, but requires it.

Without the energy being radiated by the fusion reaction, there is nothing holding gravity at bay.  The outer edges of the star collapse further and further, increasing pressure until the mass can no longer handle it and the star explodes! 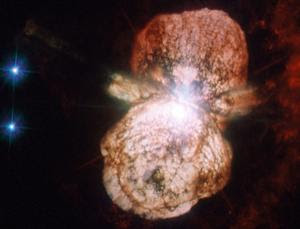 While the gravity and pressure aren't enough to fuse iron, the explosion is and in the death throws of this dying star, heavier elements are forged.  These elements, along with the remaining hydrogen, helium, lithium, etc, get flung out into space.

Since mass attracts mass, those far flung particles will be slowly drawn back to each other.  Hydrogen and helium coalesce again into a giant cloud of increasing density, eventually starting the fusion process over.

On one of those spheres, the conditions are right for some of those carbon, nitrogen, hydrogen and oxygen atoms to come together and form amino acids.  As time passes, those amino acids combine to become single-cell organisms that swan through the primordial oceans, eating, reproducing and trying not to die.

Eventually, one of those organisms, through  a genetic aberration, develops flagella.  These tiny, finger-like hairs allow the organism to swim faster, obtain more food and escape predators.  The organism thrives and grows, eventually developing eye spots for sensing differences between light and dark.

As the eons pass, that organism climb out of the water, learns to use tools and hunt.  These complex piles of simple atoms discover that working in a small group maximizes results while minimizing risk.

Working together, they begin to specialize, leaving some members back to care to for the young while some go out in search of food.  They eventually realize that they can stay where they are, raise crops and domesticate animals.  The collection of carbon, nitrogen, hydrogen and oxygen atoms create more permanent structures out of collections of carbon, oxygen, nitrogen and hydrogen atoms. 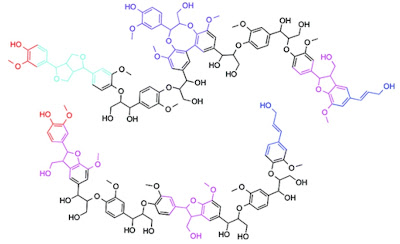 Mass attracts mass, so these permanent communities grow, attracting new members.  Villages grow into towns which grow into cities.  Now they that don't have to constantly worry about food, shelter and harm on a regular basis, these organisms are able to do something they haven't been able to do before.

They look up, they notice lights in the sky and begin to wonder.  That wonder sets off a chain reaction because wondering is simply not enough.

These collections of atoms need to KNOW.  They need to know the journey that they took from the heart of a star. 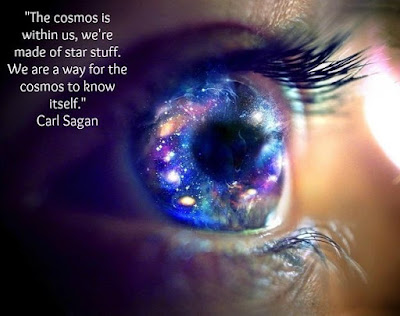 I don't like to lecture, but when I do, I make it a story.
Email ThisBlogThis!Share to TwitterShare to FacebookShare to Pinterest