"You guys have assignments to work on and discussions to complete.  We will be in the library tomorrow if you need to type or research anything.  Go to it!"

Then I sat down and worked on the Powerpoint and guided notes for the next section.  I updated the assignment list, updated grades and looked through many of the assignments that have been turned in so far.

I had/have high hopes for the "create an alien" project that some of the students elected to take on.  A few came in that were a bit lackluster, but one young woman in particular submitted one that was pretty fantastic and I started using it as an example of what I wanted. 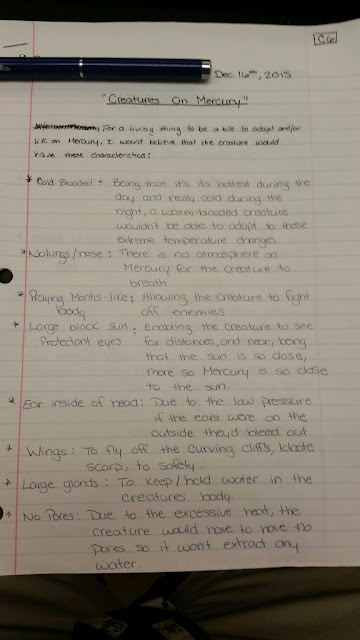 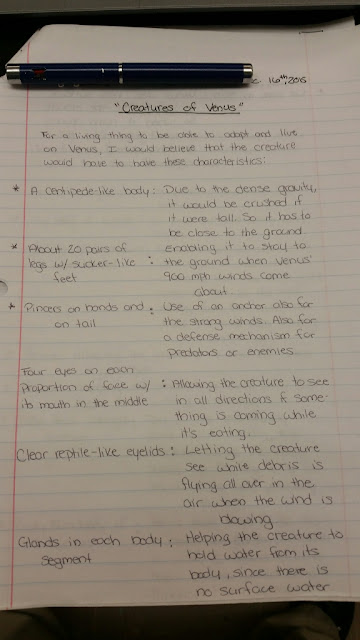 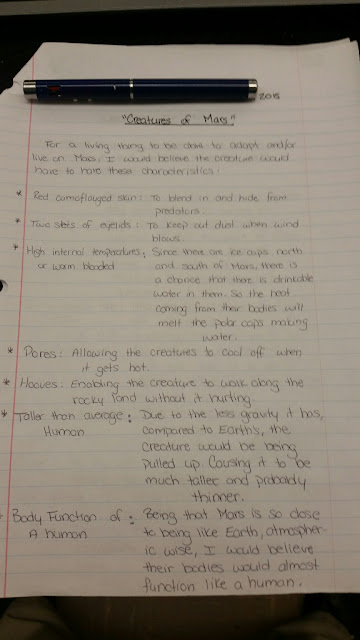 One of the chemistry teachers was out, so some of the other science teachers and I decided to troll his classes with fake Star Wars spoilers.

"I truly loved the way that Abrams managed to work in the 'Han Solo was a droid' plotline so smoothly!"
"Me too! I was worried how they would tie it in with Ren being the genetic clone of Anakin Skywalker, since Han was Kylo Ren's son, but it was done very well!"

Only about half of my student were in school today, except for Physics where they were all present.  I expect tomorrow's attendance will be even more sparse.  The Astronomy classes will be in the library to work on their contracts and I will count the tiles on the ceiling.
Email ThisBlogThis!Share to TwitterShare to FacebookShare to Pinterest