Posted by Justin at 3:17 PM
I probably should have stayed home again today.  I took yesterday off as I had some sort of allergic reaction and couldn't bend my fingers.  When I came back in today, I discovered that something got screwed up with our district network and I was unable to access any of the videos that I was planning to show.

Instead, the astronomy classes talked about Earth.

It was boring and with my low level of energy from not feeling well, I did an awesome job of making it MORE boring.

I got better as the day went on, but it never really became interesting.  We did talk about the greenhouse tipping point in terms of the polar ice caps and how their melting would send us into a spiral from which we could not recover.

The possible inevitable death of all humanity always seems to grab the attention of teenagers.


Tomorrow, progress reports are due.  This means that, even though we have an online gradebook, students are suddenly realizing that not having done any work means they are failing.  Simple lack of participation in weekly discussions means that almost 80% of my astronomy students have F's.  From the differentiated assignments, the student who have done it have demonstrated good work, but almost half of my students simply haven't done the assignments.

As I've said before, historically, the students who take astronomy do so either because they genuinely care about astronomy, or because they have failed other science classes and need the science credit to graduate.  It's not a hard course, but it's not possible to pass if you refuse to do work.

I hate blaming the kid, but there comes a time when that's inevitable.  If, after repeated reminders, allowing late work to be turned in and constant ability to access grade information, a student still doesn't turn in assignments, it's very hard for me to see how I could be doing something differently.

I've been having this conversation with one of my colleagues recently.  He developed a multi-modal lab from his chemistry students that involved spectroscopes and light diffraction.  He even told them that if they did well, they would do a lab after where they set things on fire to determine chemical composition.

More than half of his students opted to take the zero and just not do the lab.  He and I are both have tremendous difficulty figuring out how to combat these attitudes. There are deep seated systemic issues that he and I are unable to tackle on a grand scale.  So we do what we can to combat it on the scale of our classrooms, but we are at a loss.

I try to make my class interesting.  Most days, I succeed.  I cannot hold myself responsible for the choices of my students. 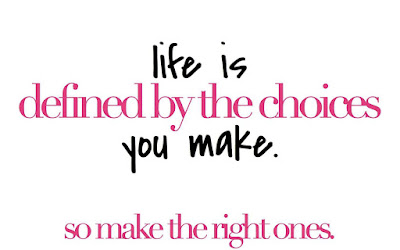 I recognize that school isn't a priority for many of my students and many of their families.  Many of them are preoccupied with keeping food on the table and keeping the lights on.

There are much deeper issues at work in communities of poverty than can't be cured by just asking teachers to "be more engaging."
Email ThisBlogThis!Share to TwitterShare to FacebookShare to Pinterest