Posted by Justin at 6:47 PM
As we approach winter break, I'm slowing down what I cover in class.  This is partially because I'm near the end of the current chapter and rather than starting a new one, I'd rather give the students time in class to work on their various projects.

This seems to be paying off.

When they came in today, I give the astronomy kids a list of due dates for the remainder of the assignments and time in class to work on what they needed to accomplish.  Most of the students used this time wisely and I was suitably impressed.

One pair of young women wrote a rap song about the vocabulary words.  As soon as they finish recording it, I'll be posting it here.  It's pretty awesome.

The other assignment that has me VERY excited is "Using specific planetary information, describe in detail what life on that planet would look like and why?"  For example: Mars has about of a third of the gravity of Earth, so the creatures there would likely be taller with less dense bone structure.  Since It's an arid planet, they would probably also be covered in scales.

The discussions that I've had with students about this one gives me hope for the outcomes.  I pointed them in the direction Barlowe's Guide to Extraterrestrials, a book written in 1979 where the author did anthropological studies of aliens from science fiction books. 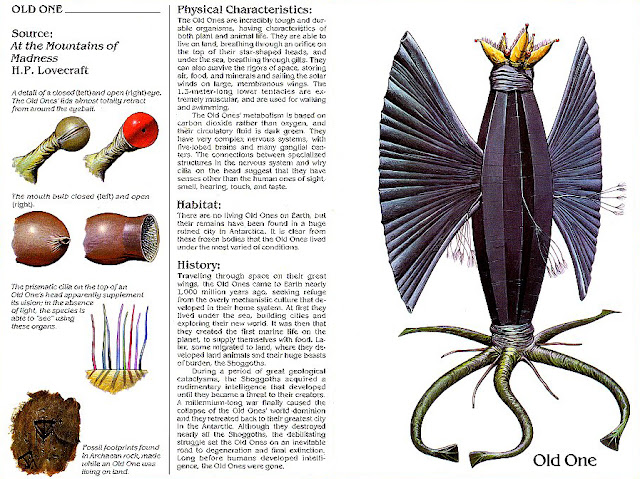 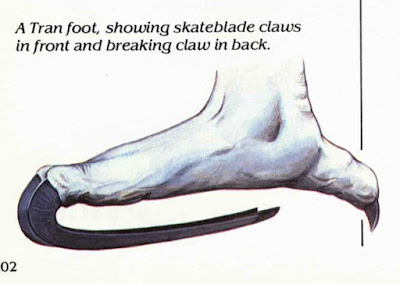 In the book, he has drawings, many of them anatomical of the aliens as well as description of their habitats, physical characteristics, culture, etc.

I truly love this project because it allows students to be creative while still grounding their work in reality, which the difference between science fiction and fantasy.

As is expected, some of the students are doing bare minimum, or less than that, but several are getting seriously into the assignments, using their creativity to demonstrate their knowledge.

I don't believe that there will ever be an assignment, or even a group, that will grab the attention of every student, but this collection seems to be coming close.  While making up the menu for the next chapter, I'm learning a considerable amount about wording of the assignments and respective point values.

I do a good amount of reflection on my attitudes and thoughts, but not nearly enough on my assignments.  I like this one and will be working to improve it.
Email ThisBlogThis!Share to TwitterShare to FacebookShare to Pinterest