Posted by Justin at 4:35 PM
We had a 2-hour delay, so all of the classes were shortened to about 30 minutes.  The sense of urgency, interestingly, made everyone more relaxed and productive.

I had a prolonged conversation with the parent of a student about how their child is struggling greatly with completing assignments, being productive in class and is frequently distracting to other students.  The parent was just as much at a loss as I was, so I made a suggestion.  I was concerned that the pressure coming from the parent was WAY too long term for the child to truly understand.

"I keep telling (child) that (he/she) isn't going to get into college with (her/his) grades as they are."

This kid is in 7th grade.  I suggested that we focus on something a little more immediate.

In my previous district, there were several students who used daily progress monitoring sheets.  These sheets were quick checklists that needed to be filled out in each period and turned in to the parent at the end of the day.

The parent in this case seemed to think that this was a good thing for us to try.

I quickly composed a sheet and spoke with the other teachers about what they felt should be included.  I printed it out and handed copies to the student's homeroom teacher to hand out each morning.  I contacted the rest of the teachers on this students roster and told them to keep an eye out for the paper until the student gets used to using it.


Rather than punishing a student, rather than yelling, screaming or humiliating them, if I can find a way to help them succeed, I have to try it. 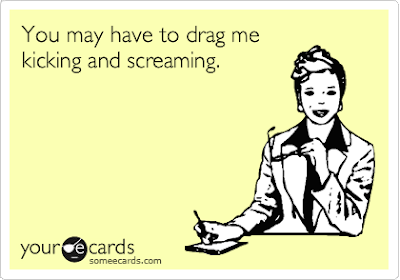