Posted by Justin at 5:38 PM
One of the major hurdles that we have to overcome in math class is the misconception that there is one right way to get the answer.

Unfortunately, due to the pressures of the amount of material we are supposed to cover and the limited time in which to do it, we often opt for the "fast way" rather than helping students to understand the how and why.

I've encountered several math teachers who require students to complete assignments using specific procedures and take off points if they find the answer a different way.

I'm not going to judge their pedagogy, or criticize this approach except to say that those are not the skills I choose to emphasize.

I'm lying.  I think this is a terrible way to teach. I think it fosters hatred and confusion for mathematics in students who think differently.  There is no one way to do mathematics and grading students on whether they use your preferred method assesses compliance more than mathematical understanding.  I understand that there are times for this, but if a kid can get to the answer and explain how they got there using mathematical methods, should I penalize them for that? 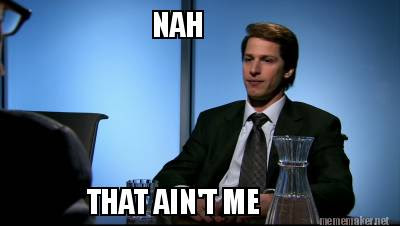 In any event, once this habit has been formed for students, it's very hard to break.  In my experience, this manifests itself in two main forms:


Trying to combat this takes a serious effort.

Today, to help the Algebra II students remember what they know about working with proportions, I had an opportunity to do exactly this.

When presented with a proportion that contained variables on both sides of the equal sign, many of the students fell back on memorized procedures, some of which only work in specific cases, others of which would always work, but made the problem needlessly complicated.

We did the problem at least 5 different ways.  I wrote so that everyone could see the work and so that multiple students could provide feedback as needed.

Each time we went through the problem, students would ask what we do and I replied with "what do you WANT to do? What's your instinct? What do you see?"

No matter what their response was, I wrote it on the board (as long as it was mathematically sound). We played with numbers until we ended at the same spot.

I loved it! There was a ton of "what if" discussions and, since I was the one doing the writing, the risk to the kids was minimal. 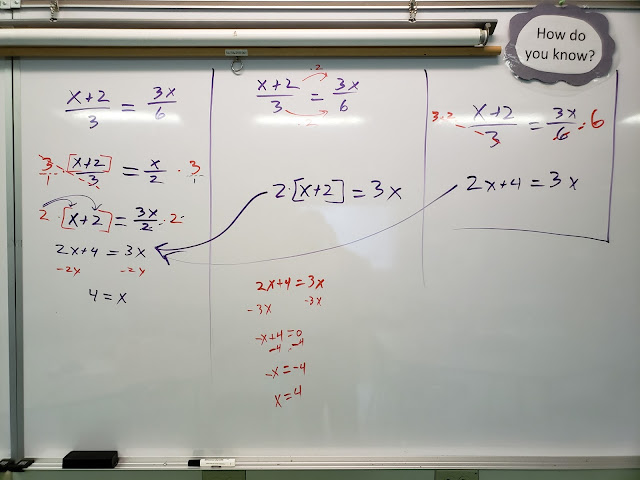 There can be great value in working deeper on fewer problems, especially if it's being used to value student thinking.
Email ThisBlogThis!Share to TwitterShare to FacebookShare to Pinterest