Posted by Justin at 8:50 PM
Due to concerns about heat, our district, as well as many of the surrounding districts, closed school early today and will do so again tomorrow.

As much as I'm disappointed to be losing some of my classes so early in the year, my intense desire to fall asleep in front of an open refrigerator tells me that it's a good idea. 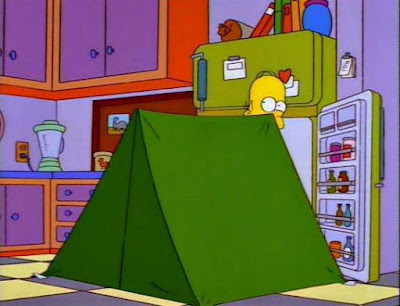 In spite of the heat and humidity, my students worked very hard for me today.  I've been scouring various curricula and picking the things that I like in order to try to organize these classes that I haven't taught in many a moon.  I'm also making a concerted effort to be more organized than I normally am.  This is helped along by our new mandate to have lesson plans available for the next week should someone ask for them.

The plans themselves don't have to be anything absurd, just a basic outline and topic list so someone could grab the folder and teach the class in case of emergency.

This is the 12th year full time classroom teacher.  Including the two years that I spent working on my Master's Degree, this is the first time when I have been told to make lesson plans that meet the needs that I set out for myself.

In all previous years, when lesson plans have been mandated, a specific format was chosen and implemented district-wide, regardless of whether aspects of it were useful to individual teachers.

Anyone who has attended an education program can attest to the fact that the required lesson plans would make Tolstoy say "that's a bit much."

As a result of this, I have almost never taken lesson plans seriously.  I would spend hours on a format that was filled with information that I didn't find helpful and would only confuse me further.  In addition to that, they were almost never checked.

A former colleague went a year without changing the plans, only modifying the date before they were submitted.  She was told that her attention lesson plan submission was exemplary.

She even turned in several plans that were laced with profanity, or contained excerpts cut from fiction articles.


I am not opposed to lesson plans.  I am, however, deeply opposed to assignments that serve no purpose except to check a box.

When we were told that we would be required to have lesson plans on hand in the classroom, I'll admit that I grumbled and planned to look for the old plans from years ago.

This weekend, I actually started doing just that and quickly realized it was a mistake.

Lesson plans in the past have not been helpful to me, but this was a chance to make them so.  With the ability to choose the format, I was able to make it what I wanted.  It is very minimalist, but contains what I'll need to keep my classes moving at a good pace.

I need structure.  I need time tables and check lists and to-do's.  I wander off task in my content, hitting things that are interesting, but not necessarily helpful to my students' learning.

I am glad to be writing lesson plans again.


Education programs, instead of forcing students to write 35 page lesson plans, should be teaching them how to develop their own planning style, selecting the items that are important and productive for them.

I stuck with my lesson plans today and will continue to do so.


At least until I see something shiny.