Posted by Justin at 5:03 PM
I've taught geometry several times before this year.  In all of that time, I would say that the aspect of the course that my students find most challenging is the ability to visualize the shapes without having a physical manifestation.

I'm not sure if this is due to the lack of abstract visualization in the K-12 curriculum, or it's simply an insanely difficult skill.

When we begin to study 3-dimensional shapes in 5th and 6th grade, we hit on the idea of nets as representations of objects.  When I did the cereal box project last year, this was, by far, the most difficult aspect.  Students had tremendous difficulty figuring out what their box would look like when they were unfolded and, similarly, struggled with how to create a net for a box of a desired shape. 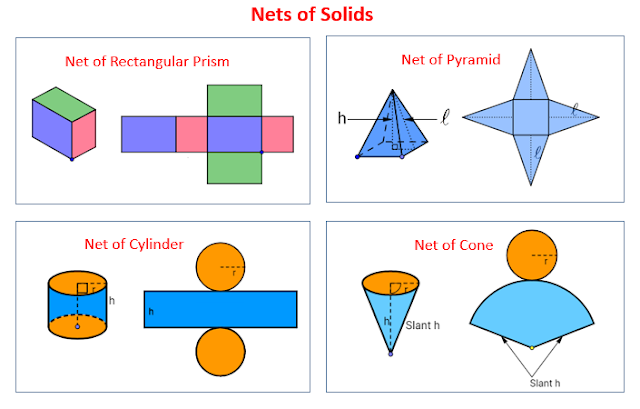 We had a VERY long talk in geometry today that dealt with moving from lines to planes.  We talk about each wall in the classroom, as well as the ceiling and floor, can be seen as a plane. Things written on those walls are contained in that plane.

Where it usually falls apart is when we're deciding whether three corners of the room that are NOT all on the same wall happen to be on the same plane.

How do you get students to realize that ANY three points can make a plane? How do you get them to SEE that plane when one isn't there?

I tried drawing it.  I tried having them picture a mesh net between those points.

After they left, I realized I needed a bucket.

I have several small rectangular crates in my room to hold pencils and markers at each table.  I held one up as a physical representation of the space. It allowed me to turn it around and have the kids look inside.

I needed a bucket.

If I had a bucket, I'd bucket in the moooo-oooorning.
If I had had a bucket, I would have filled it with water.  Then I could put the crate in it, using the water level as the representation of the plane!  Is there a way to submerge the crate such that those three points are on the surface of the water?

I come up with great ideas for yesterday's lessons!

I'm taking a bucket of water to class tomorrow!