Posted by Justin at 2:20 PM
I was planning to give a test in pre-algebra today, but decided against it.  Instead, I did an activity where they discovered pi by measuring the circumference and diameter of various circular objects.  I snagged every round object from my house (tupperware, tape, mugs) and snagged several beakers and corks from the science room.

After a quick intro, I handed out string, a log sheet and rulers.  They grabbed various objects and started measuring.  The work was slow, but steady.  I was very impressed with their tenacity and, for the most part, the only real problems came from mismatched units.  We had a few brief discussions about making sure that answered made sense.

"If the majority of your answers are a little bit higher than 3 and this one is closer to 8, what does that tell you?"

It was the kind of activity that I like, but makes me very uncomfortable.  After a brief talk at the beginning, there was very little for me to do.  The kids worked on their own and didn't need me there.  This is exactly how I believe in my heart that teaching should be.

Teachers should be curators of meaningful activities and guides as needed.

What makes me uncomfortable is the bit of "traditional" teacher that still resides in my head, telling me that if I'm not addressing the students, I'm not "teaching" them.

I REALLY need to get over that and, hopefully, experience will help me do so.  The best learning comes from exploration, not from following a predetermined roadmap.


In geometry, we continued our discussion of inductive and deductive reasoning.  I read the students a "5-Minute Mystery" about a rich man's will, a long-lost child and imposters.

Then I told them to find the murderer and the real child.

They RAN with it.  The arguments were fascinating.

They started drawing charts without my prompting, many of which were excellent! 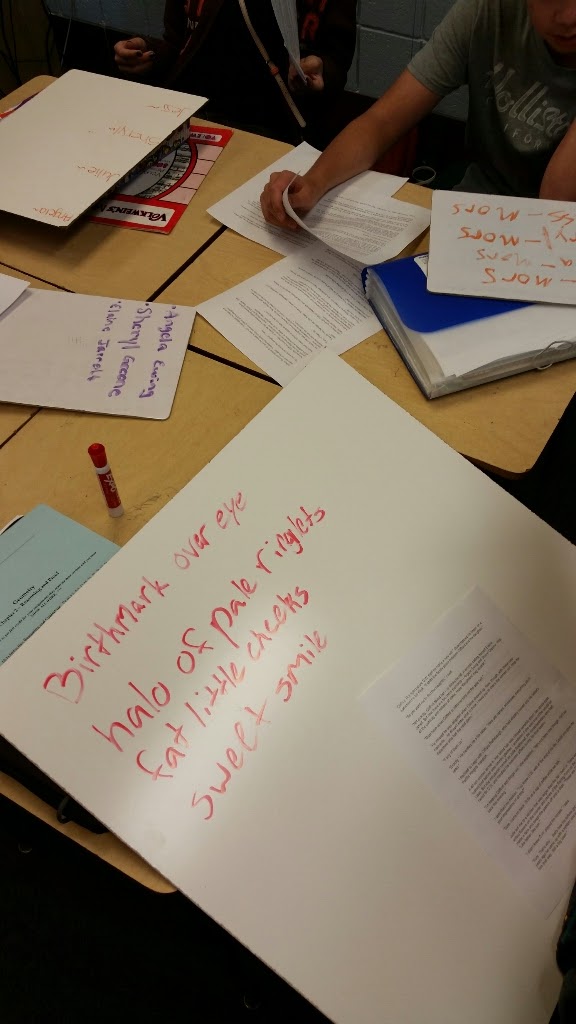 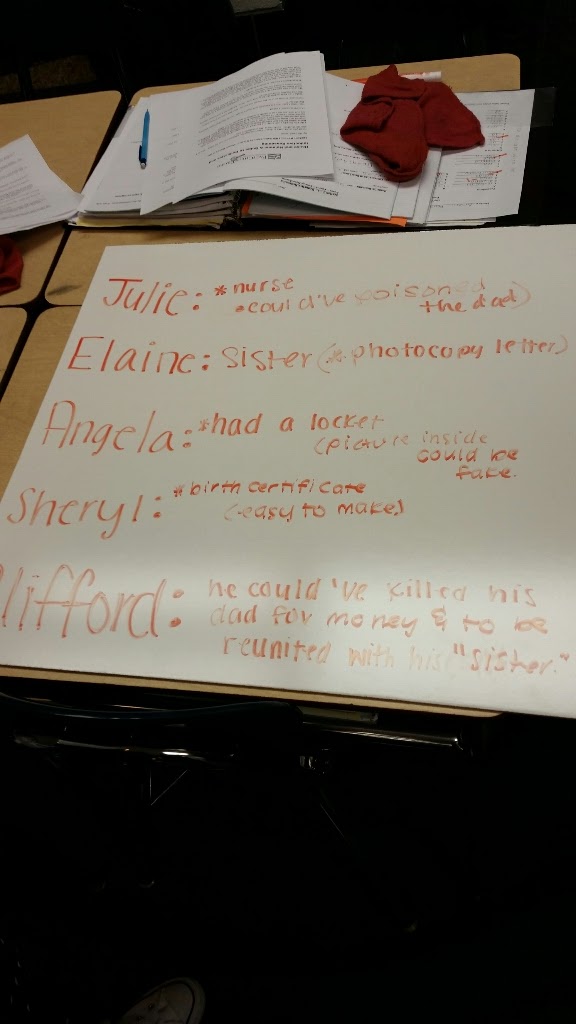 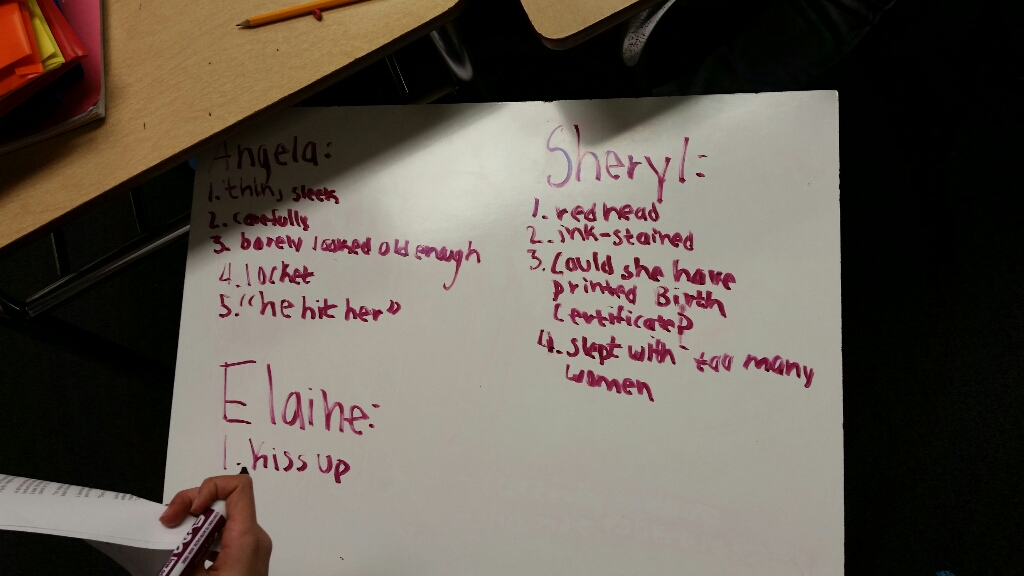 I walked around the room listening.  Occasionally, I asked if they were able to rule out a suspect and asked them to present their evidence.  If they were using flimsy or circumstantial logic, I told them so, whether or not it was correct.  "That may be true, but it wouldn't hold up in court.  Can you find something stronger?"

After 15-20 minutes, I tried to bring them back together for a discussion.

They wanted the victory, not just the win.

An hour later, as the period was about to end, I finally called a close to it.  We went through and talked about why each suspect could be eliminated and whether certain evidence was enough to draw a conclusion.  I kept order, but the students ran the debate.

"Sheryl was a red-head, but they said the baby was blond."
"So what? People can change their hair."
"So we can't talk about how they look because people look different as they grow."
"She had ink on her so she could have printed a fake birth certificate."
"Yes, she COULD have, but that doesn't mean that she did."

For a first major discussion of logic and reasoning, I was very proud of them.  I foresee great things happening here.

As they left, I handed them a second 5-Minute Mystery to work on over the long weekend, if they chose to do so.

It was not sarcastic.

The section on logic and reasoning is, by far, my favorite in geometry.  I love puzzles and I love being able to do them with the students.  If I could find a way to skip over "shapes" and "numbers" and just do puzzles all year, I totally would.  I think this can be a great way to suggest that we start a puzzle and game club in the school.

8th period, however, really had me questioning my post from yesterday.
Email ThisBlogThis!Share to TwitterShare to FacebookShare to Pinterest