Posted by Justin at 5:14 PM
I FINALLY got the books that I ordered last week.  Each of my pre-algebra students received the gift of organization today.

I gave each one a bound book of all of the practice sheets that we will be using for this section.  They can work at their own pace through the curriculum and I can provide individual attention to the students who need it, allowing individual or group work to those who will thrive that way.

We have been doing Estimation 180 and over the past few weeks, I've been asking random students to justify their guesses.  Today I also gave them a warm-up book that is to be kept in class.  They will now be writing their estimations and reasons, earning a stamp when they've completed it.  There is also an exit ticket for each day where they are being asked to summarize what happened.  In addition, I left TONS of blank space so they can use them as notebooks! 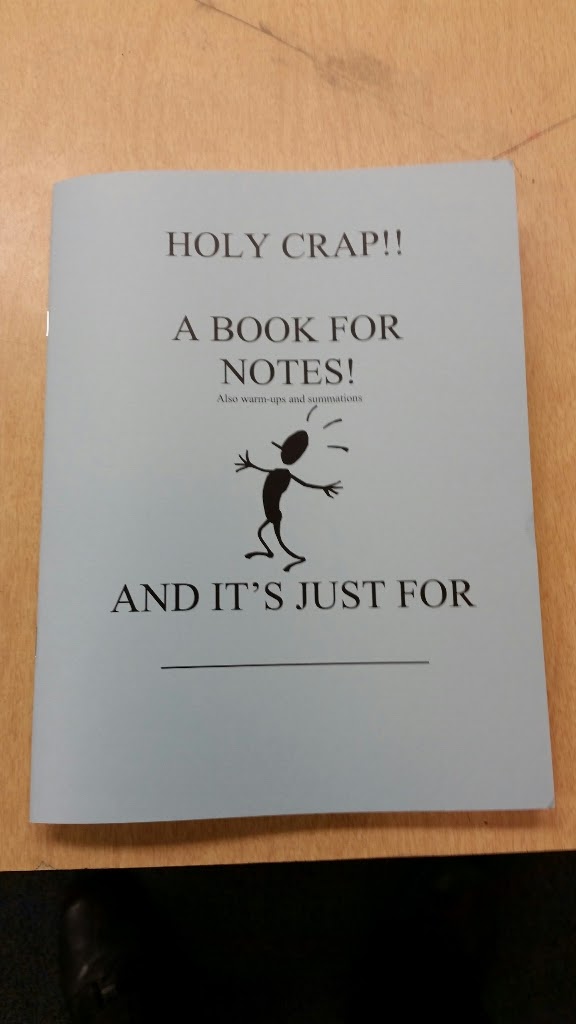 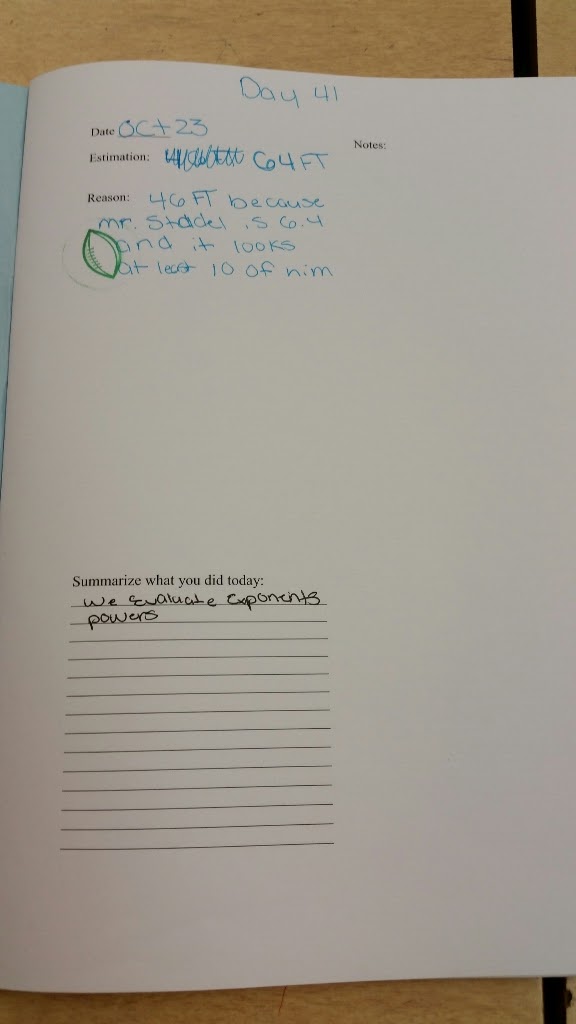 The pre-algebra class today was their first experience working at their own pace with no real pressure from me.  I took a seat with a group of students and began working through the worksheets myself.

S: "Are you doing the problems? Why are you doing what we're doing?"
Me: "Well, practice never hurts.  Plus, I think it would be unfair to give you a thick book of practice pages and then be unwilling to do them myself."

But there were also many students diligently working.  They moved around the room and worked with their friends, enjoying being in class AND being productive.  On several occasions, I heard conversations where kids corrected each other and got back on task right away.

Since I was sitting with a group, I was much more approachable to students who are normally quiet.  Several came to ask me questions that I know they wouldn't have been comfortable asking in front of the class.

My favorite part was that I was able to model how to work while still being social.  The group with which I was sitting was working, talking and laughing.  We were all on different pages, but helping each other out when someone got stuck.

In addition, 8th period seemed very amenable to this idea.  The group of more rambunctious students broke into smaller groups and kept checking in with each other to see who was further ahead.

Since it took over a week for these books to arrive, we had already covered the first 2 sections, allowing students to know success right away.

"I know this stuff!  This is easy, bro! I'm blowing through it!"

My pre-algebra students are, traditionally, used to being terrible at math.  They think it's hard and complicated and stupid.  If I'm able to show them that they KNOW how to do it, have them experience the success, then hopefully, I'll be able to use it to scaffold to more complicated and more interesting problems.

I'm hoping this will help with buy-in.


There was a field trip today and, as a result, I had 7 students in geometry.  I took the opportunity to teach them how to play Swish and Set, two of my favorite card games! 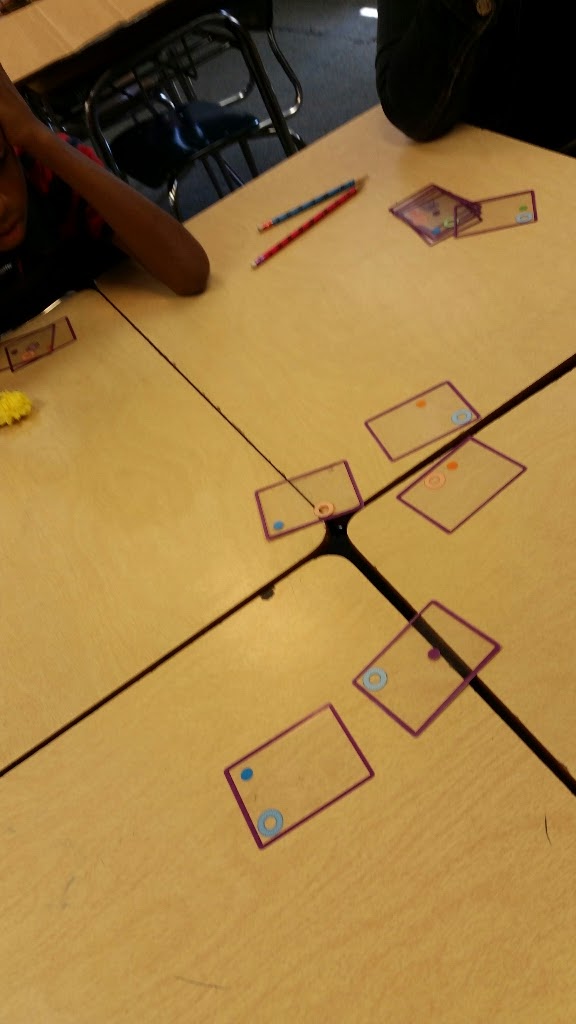 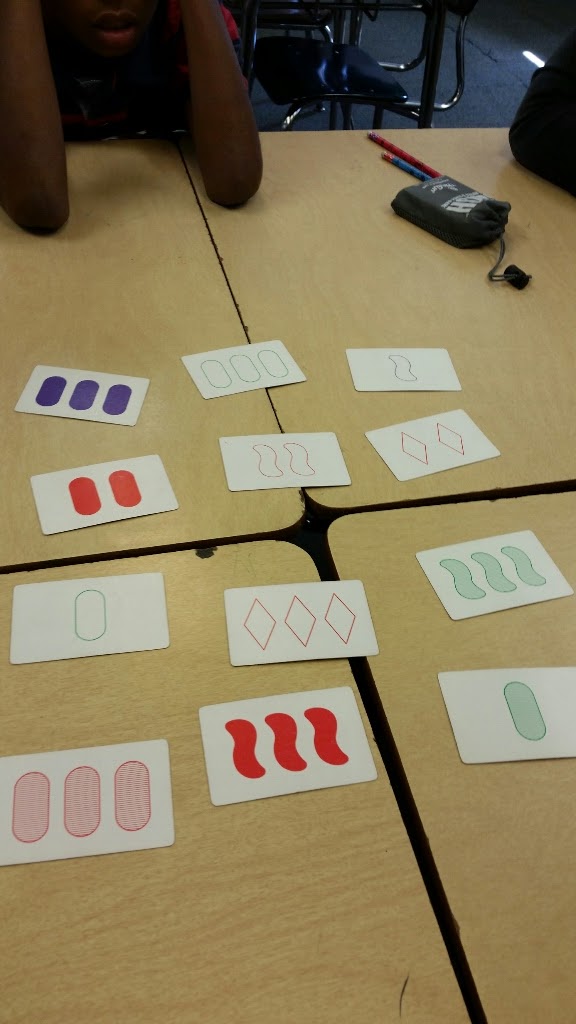 I'm hoping to play Swish with them more often.  Then, when we start working with transformations, they will already have experience thinking about that.
Email ThisBlogThis!Share to TwitterShare to FacebookShare to Pinterest