Posted by Justin at 6:47 PM
Another day of testing led students to enter my room asking if they could play with the hexagon blocks again.

Instead, I introduced them to flextangles, care of Babble Dabble Do, and hexaflexagons, care of Sarah Hagan and Vi Hart.  They jumped in and started creating.  I put on Vi Hart videos in the background. 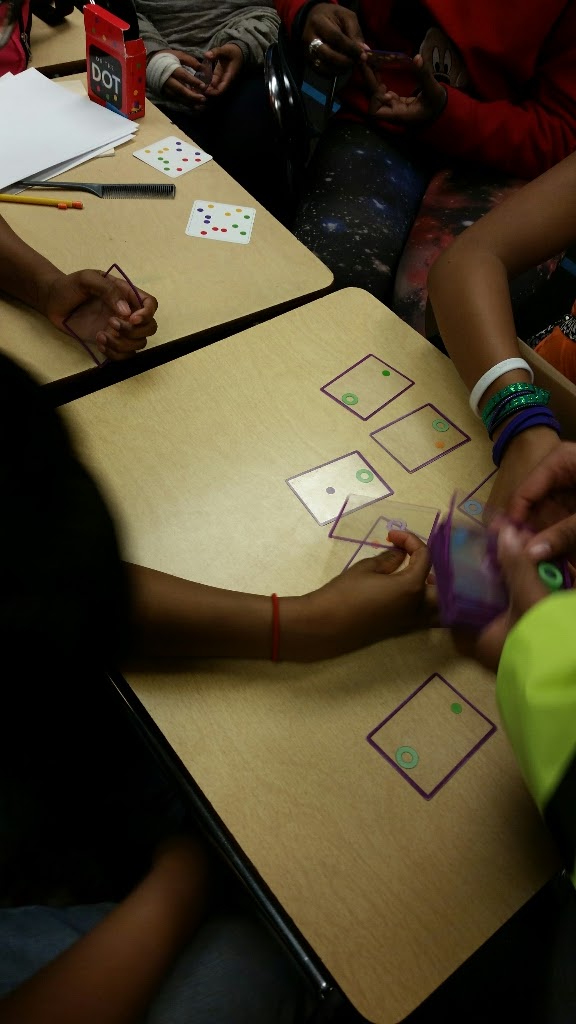 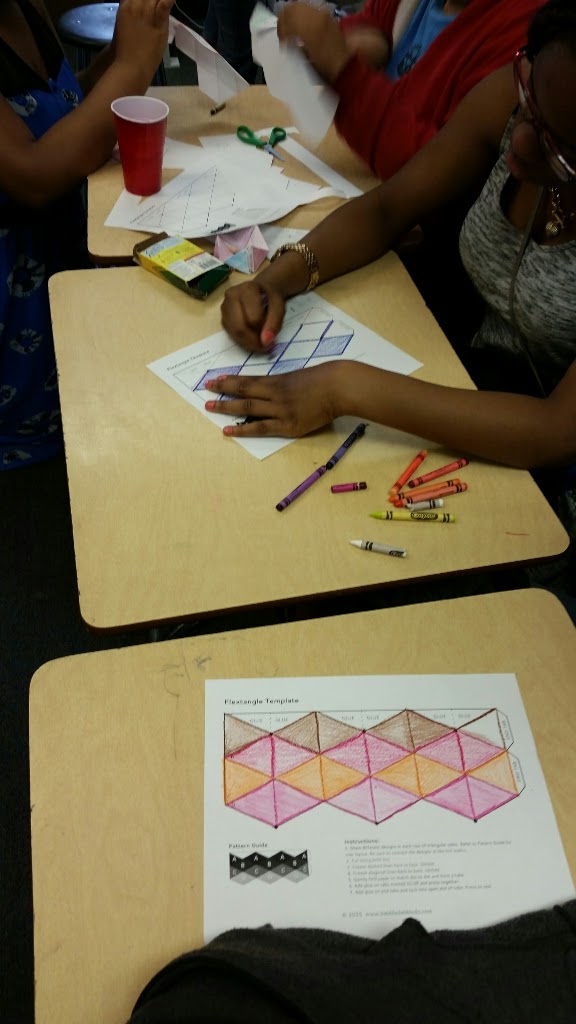 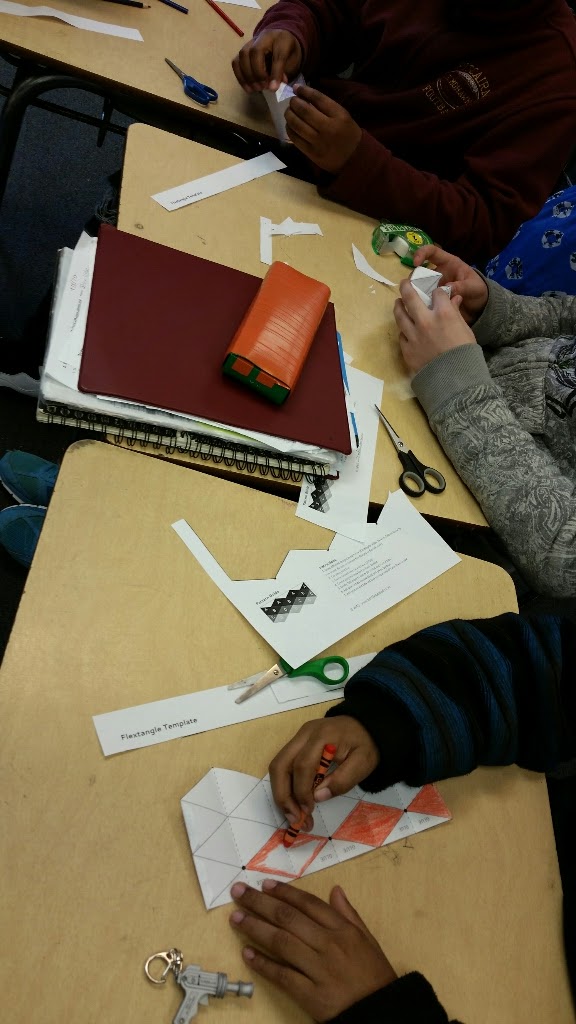 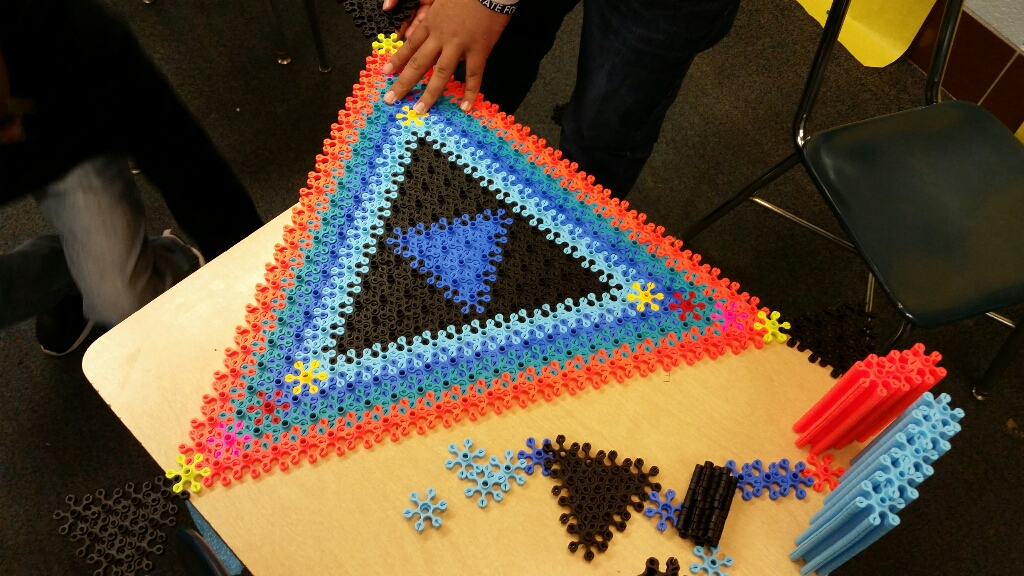 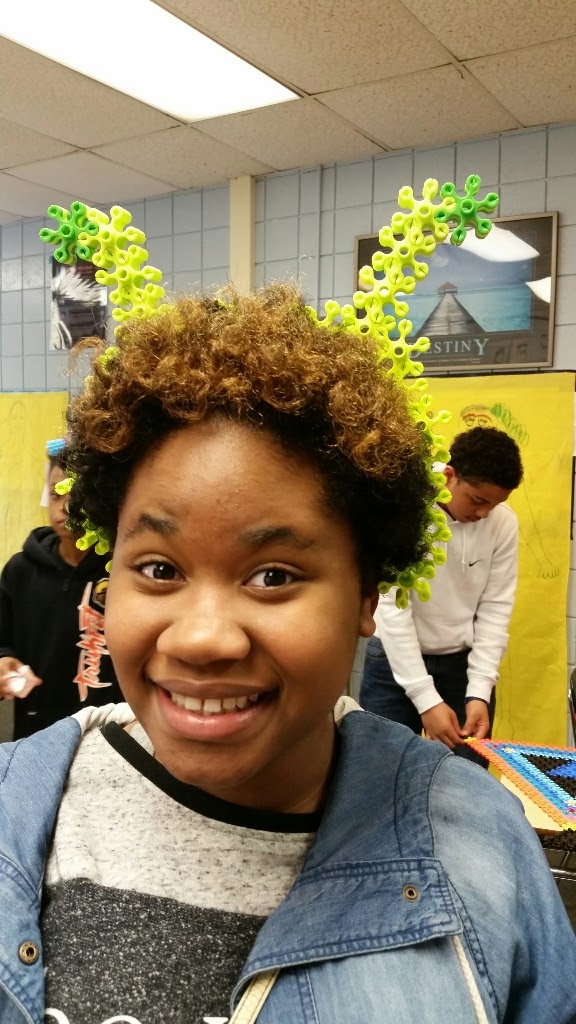 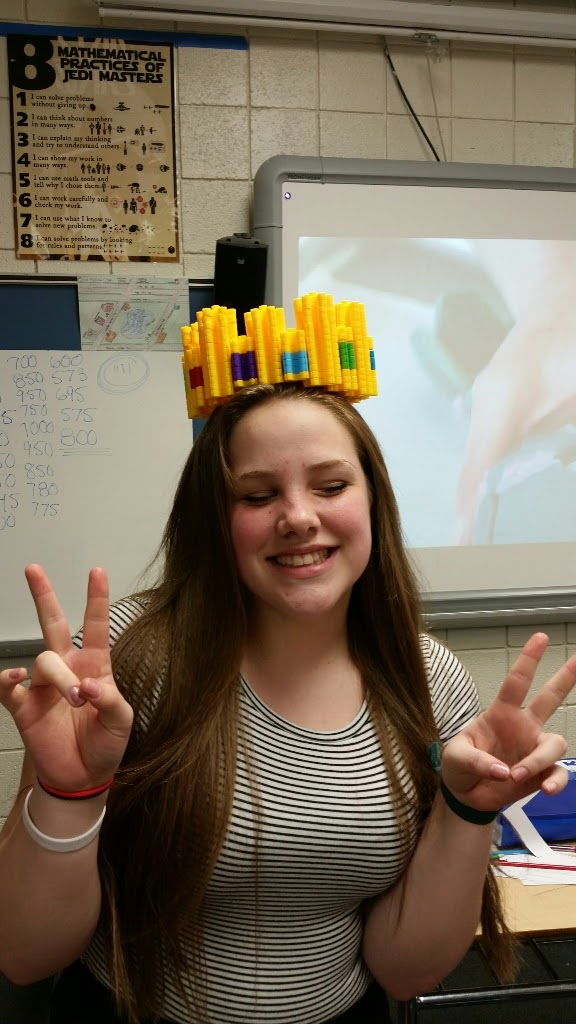 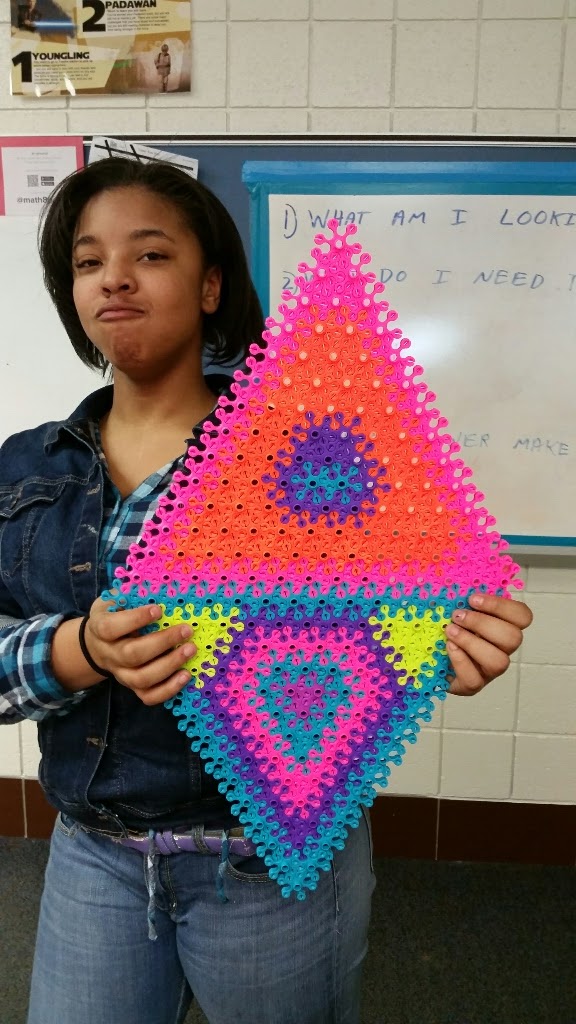 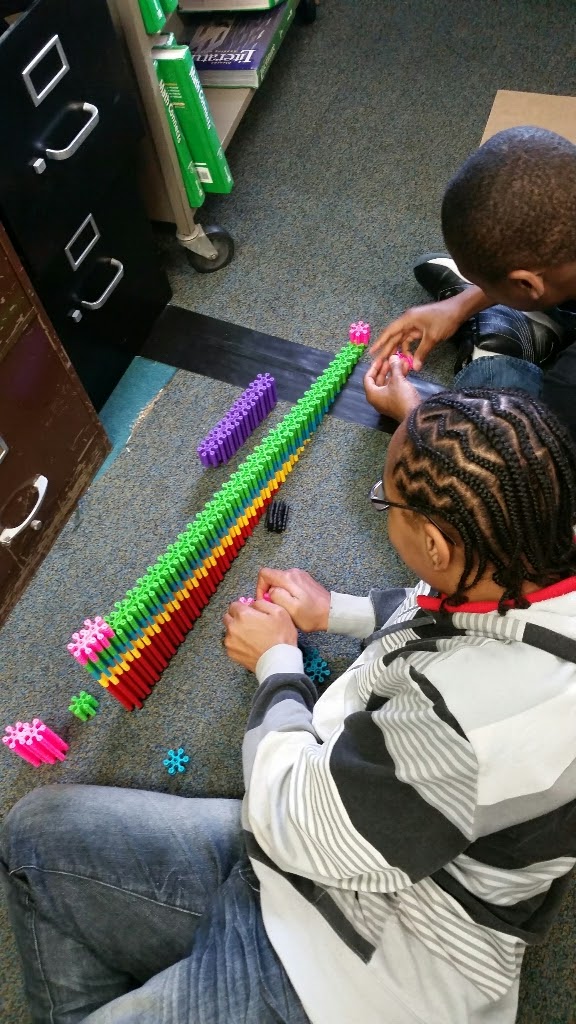 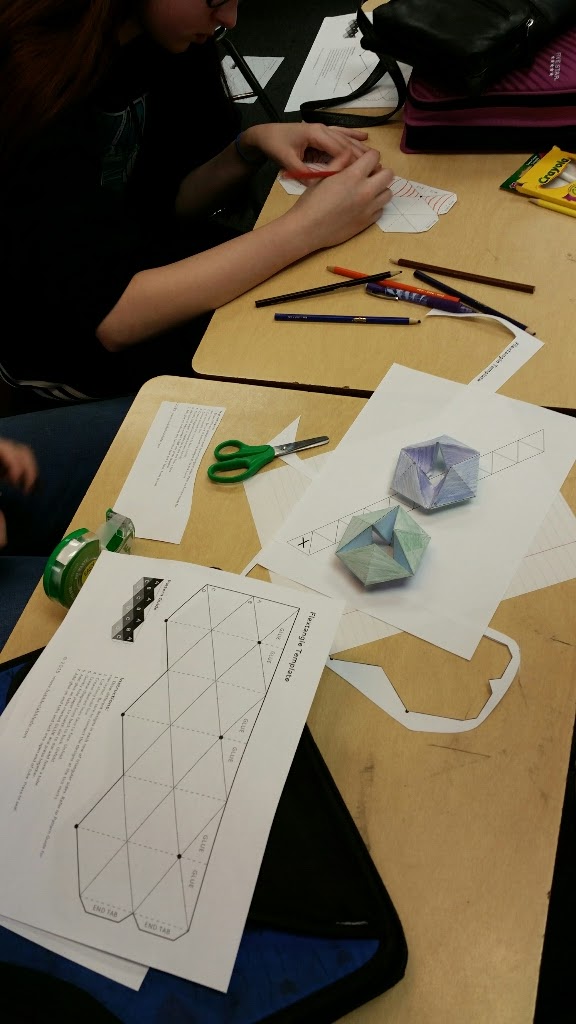 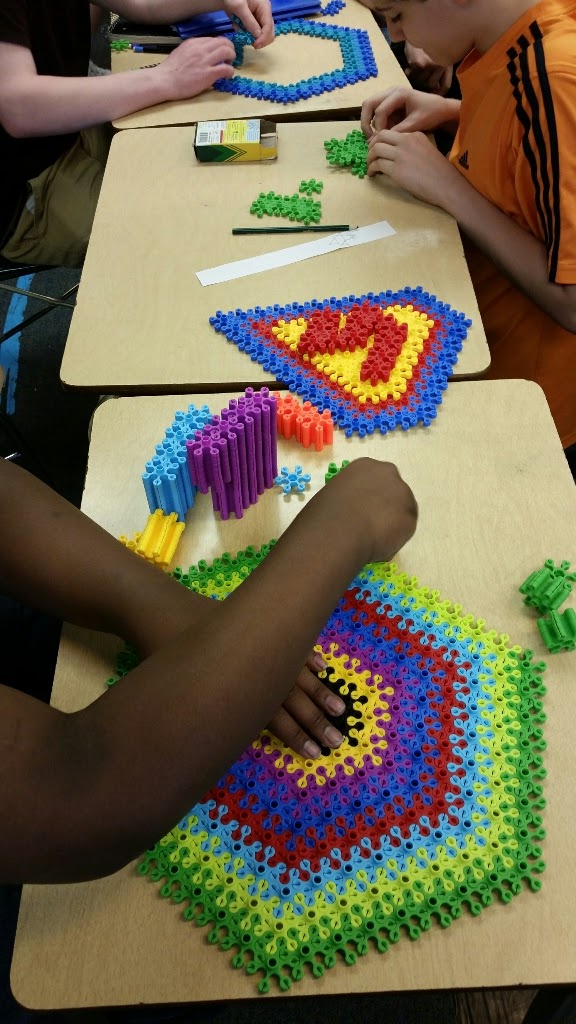 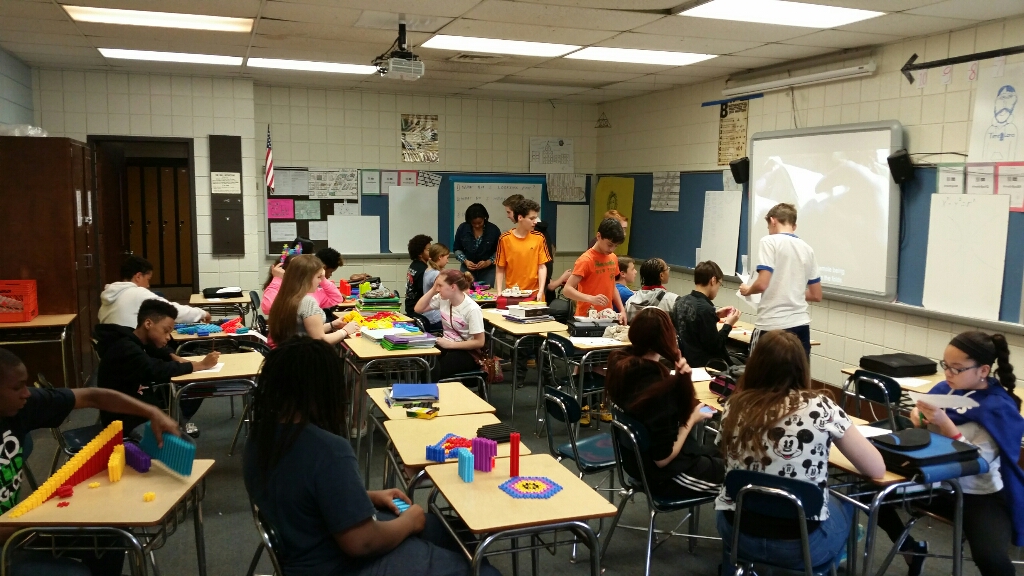 I graded workbooks.  As much I hate doing it, it has to be done, especially if I want my students to learn from their mistakes.

I was ok with the arrangement and I was incredibly proud of what they made.

One of my students (who usually sleeps in class) kept stopping in throughout the day to have me check on his flextangle progress.

I'm incredibly frustrated with some of my Math 8 students, however.  They were incensed that I wanted them to do something.  Every other teacher was having them watch a movie, so why did they have to work in my class?

I want to teach a class for pre-service teachers called "What to do instead of a movie day."
Email ThisBlogThis!Share to TwitterShare to FacebookShare to Pinterest