Posted by Justin at 4:02 PM
Testing is over and there are less than 25 days of school left.  I have a confession to make.

I am starting to feel the futility of the next few weeks.


I don't count down the days in my classes because I don't want to indicate to the kids that the rest of the year is "something to get through."

I would rather take an approach of "Let's do everything we can before the clock runs out!"

So I'm trying to do projects and activities for the next 5 weeks.

Last week, when I gave my Math 8 classes time to work in class, one student had his head down.  I asked him to please get to work and his response was upsetting.

"There's no point. I've already failed for the year. No matter how much work I do now, I won't be able to pass."

I began to argue with him about setting up good habits for next year, getting a jump on that material so when he DID have to do it again, he would have a better understanding.  I almost lied to him to tell him that he totally could pass if he got to work now.


I have failed this kid, as well as dozens of others in the same situation.  I wasn't able to engage him in his own education throughout the year, or even provide him with a reason why he should engage himself.  The system that we have set up has a tendency to creates points like this one where it's no longer truly possible to boost your grade to acceptable levels.

In terms of grading, I've been thinking about games like Angry Birds, which is a great way to explain Standards-Based Grading.  Players complete levels to a basic proficiency point (1 Star) before they can move on.  Once they do, they can always go back and improve their scores on previous levels if they wish to do so.

In some instances, you need to earn a certain rating overall before you can proceed. "Unlock this world with 30 stars!"

But no matter what game you're playing, no matter how the achievements are set up, there are no games that reset if you don't beat a certain level at a certain time.

And yet, that's what we do in education.

I suppose it could be argued that each grade is a separate level and lack of proficiency on that level causes you to have to start over.  However, even in the most difficult and unforgiving games, starting a level over doesn't take 9 months and there are plenty of opportunities to catch up.

As a result of this set-up, teachers are under incredible amounts of pressure to "not fail" students who may not be ready to move on.

"He's not great at adding, but is that really a reason to hold them back a whole grade?"


I don't know what the solution is.

I do know that it's VERY hard to motivate a kid who knows he's going to have to take the class again next year.

So I'm trying to find a way to let go.  I want to let go of the feeling that I haven't covered enough material.  I'm resisting the urge to buckle down and do notes every day for the next 5 weeks.

The pressure from this group of students is VERY different from previous groups and I have to admit to myself that I haven't handled it as well as I should have.

But the year isn't over yet!  There is still time to teach, time to learn, time to grow!

If there isn't time to plant spinach, you plant something else!

But you don't let the field lie fallow. 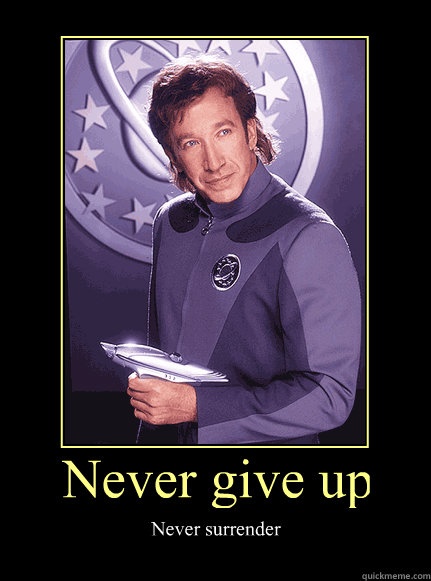