Posted by Justin at 4:50 PM
This morning, in preparation for the move to the Secondary Campus next year, the entire school was called down to the auditorium for a presentation about the available courses and expectations that will be in place.  Since I didn't have students at the time, I wandered into the back and watched for part of it.

While I was there, the presenter (who was dynamic, energetic and funny, as was the presentation itself) talked about dress code.  Two of the items in particular stuck with me.  The first was this image:

It was accompanied by the statement "if you have to lay down to zip your pants, leave them at home."

The second was an image with an accompanying statement of "just because they make it in your size, doesn't mean you should wear it."

There were, of course, rules for boys as well, but they were more about decorum and safety (no hats, no shower shoes, no shirts with drugs, etc.) but the rules for girls spoke solely about exposure of their bodies.

I made a  few mental notes on my thoughts and left.

After lunch, my geometry students came to class.  As I have written previously, the young women in this class are very conscious of race and gender issues within our culture.  I have tried over the course of this to make my room a safe space for them to discuss the topics that they find meaningful.

When they came into my class, they were visibly upset.  They had spent their lunch period discussion the presentation and how they felt as though they were being objectified and sexualized by the female-specific dress code.

One young woman told me that she received a message from a male student telling her that she needed to be more aware of her clothing.  Her told her that boys in the hall like to touch girls and she shouldn't be showing her boobs or wearing leggings.

In the 170 days that this young man has been in my class, I have never once had a concern for her clothing.

I have fairly strong feelings about the different rules that are handed down to young men and young women in terms of what is acceptable for them to wear in schools, but this was more about how my students felt.

As the students continued test-playing each others games, I heard of the young women yell at a young man that she couldn't learn because his clothing was too distracting.  It turned out that they were right.

His bra strap was showing, the strumpet! 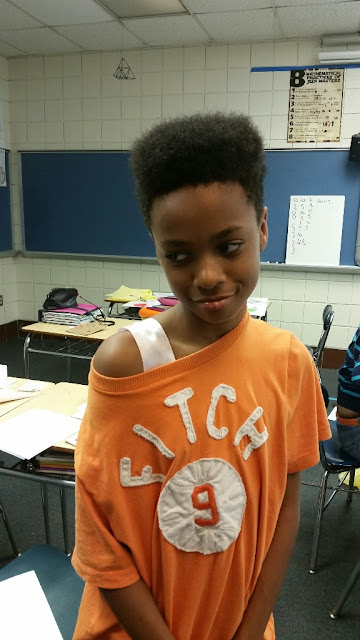 I can only speak for myself and my discomfort about how this issue is addressed, but since I've been working to give my students a safe place, I think it's important they be able to speak up about these issues.  The following is a statement written by two of my students in response to the dress code and body-shaming:

Today we had the transition presentation, they brought up dress code. First they started off the presentation with talking about problems that some people may not be able to control, like muffin tops. Saying that if your pants don't fit, don't wear them. I'm sure that many other females in that room felt just as attacked as we did.

They continued to go on about not showing bra straps or wearing a colored bra with a white and/or see through shirt. Like god forbid a young girl with boobs were to wear a bra. Then continued about underwear lines. Every human being should wear underwear. Seeing underwear lines should not affect how you judge or think about someone. No one should be ashamed of wearing what they want to feel comfortable.

Some girls would not prefer or do not feel comfortable wearing a thong so that you don't see their underwear. The presenter then went on to show a few pictures of outfits she thinks would be appropriate, not everyone has the same taste in style and people express themselves differently.

They ended the topic by saying "Just because it's in your size does not mean you should wear it." That made us personally feel so disrespected and insecure. A girl should not have to hide her body if shes proud of it just because it's not appealing to someone else.

Young girls should grow up loving their body but instead they grow up being told you have to cover yourself up. There's always limits to how you should represent yourself but not to the extent that you have to hide yourself behind the dress code. 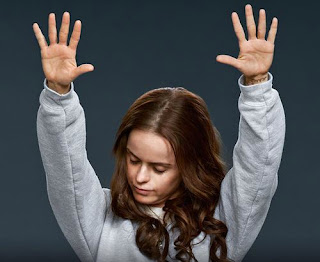