Posted by Justin at 4:01 PM
For the last few years, I've been presenting at national and regional conferences about the benefits of blogging as reflective practice.

Last night, I submitted my first proposal for a session that was totally unrelated to blogging.  I submitted a proposal to talk at the NCTM Regional conferences about using physical manipulatives in secondary classes.

Elementary school kids get to play with blocks and counters and toys all the time! Why not high school kids?  I wrote up the proposal to be a workshop session, which is 75 minutes and will have participants develop lessons and activities in groups, covering various content.

If it gets accepted in either Orlando or Chicago, I'll have several months to figure out what and how I'm going to facilitate.

I have been trying to include as many physical manipulatives in my classes as possible, with mixed results.

I am deeply struggling with getting two of my classes to retain information.  Much of it is directly related to the attention that they are paying (or not) in class.  I've been working with them to increase the level of engagement when I'm not making direct eye contact.

Student: Mr. Aion, I can't see the board.
Me: You can move up. There are empty seats up in the front.
Student: I don't want to.

I was asked the same question four times in a row because, not only did they not hear the answer, they weren't listening to what the previous student was asking.

It's hard for me to tell the cause of this.  If they are just not paying attention, it's one thing, but if that lack of attention is because they are concentrating too hard on what they want to be asking, it's something else.

I've been hearing similar stories from other teachers in the building.  I find this encouraging because it means it's not just me or something I'm doing.

It's also discouraging because it means it's systemic.

There is a puzzle here and I'm just beginning to see what I'm missing. 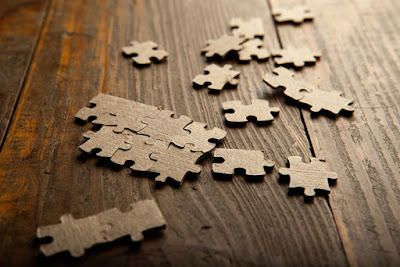