Posted by Justin at 2:45 PM
A 2-hour delay always makes for a great day.  While kids crave routine, they also crave disruption to that routine.  We had a late start and the classes were in different order than normal.

Everyone was in a pretty good mood and we got a ton of stuff done in my classes.  We continued talking about parallel line and angle vocabulary in Pre-Algebra.  In Math 7, we starting to seriously discuss algebraic expressions.

I'm not sure if it was the disruption in the schedule or my own sense of shortened-period urgency, but all of the classes were attentive and on point.

So...how about another delay tomorrow? 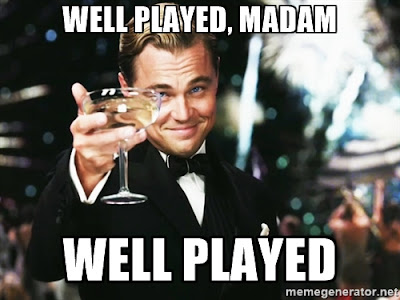