Posted by Justin at 4:05 PM
Yesterday, I introduced the following problem to my Math 7 students.  They struggled deeply with it, but in the productive way that I would have hoped. 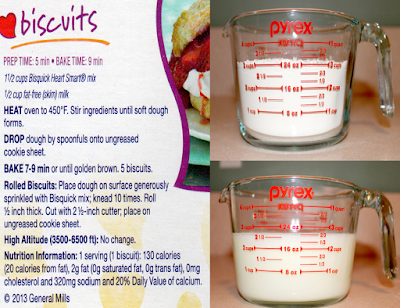 Today, I reassigned the problem, but I was a little more clear about my instructions.  They were to make as many many biscuits as they could with the materials available.  They could make part of a biscuit, but couldn't make smaller or bigger ones.

After this second explanation and the encouragement to "try whatever you think might work" they did some pretty incredible stuff. 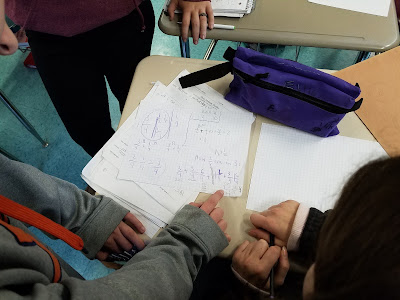 There were a bunch of different approaches they could have used and too many of them got bogged down by the numbers rather than the concepts.  For future reference, I used hexagons to demonstrate how I would solve this problem. 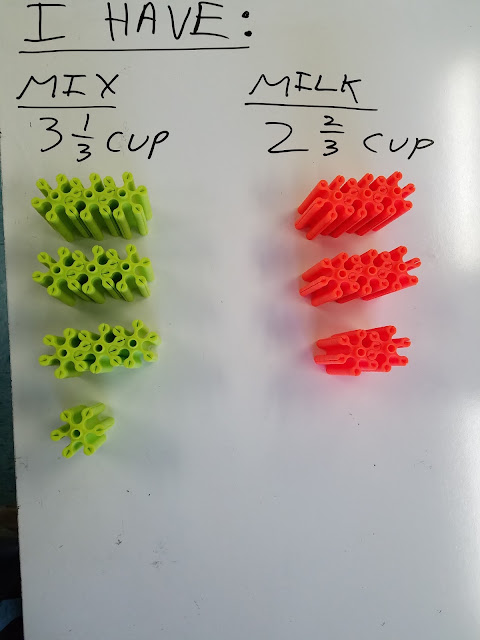 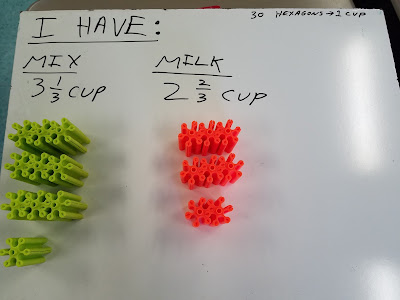 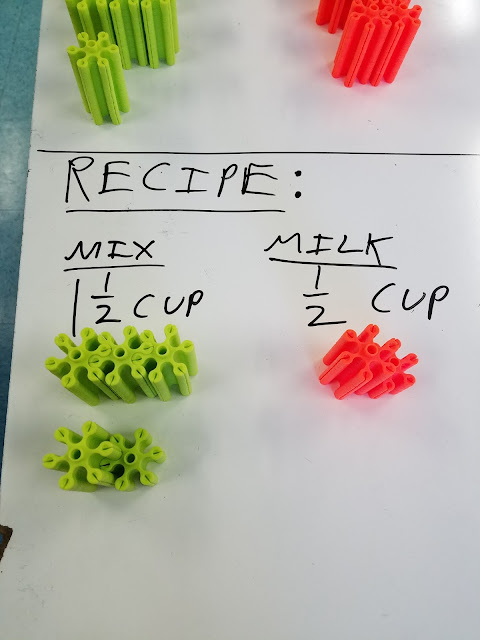 Each batch made 5 biscuits, so I divided my hexagons into 5 equal piles. (9 hexagons of mix, 3 of milk) 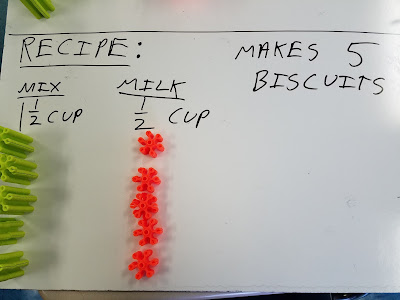 To keep with the context of the problem, I saw that each biscuit took 3/10 cup of mix and 1/10 cup of milk. 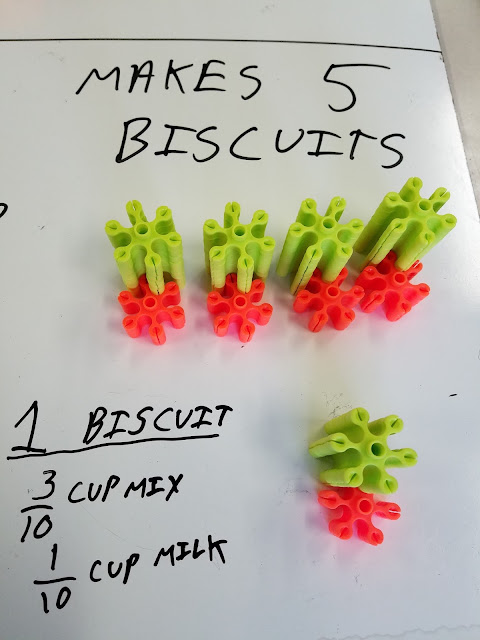 At this point, I could have pulled out groups of 9 mix and 3 milk hexagons, but I decided to do it in batches instead.

I separated as many whole batches as I could and set them aside. 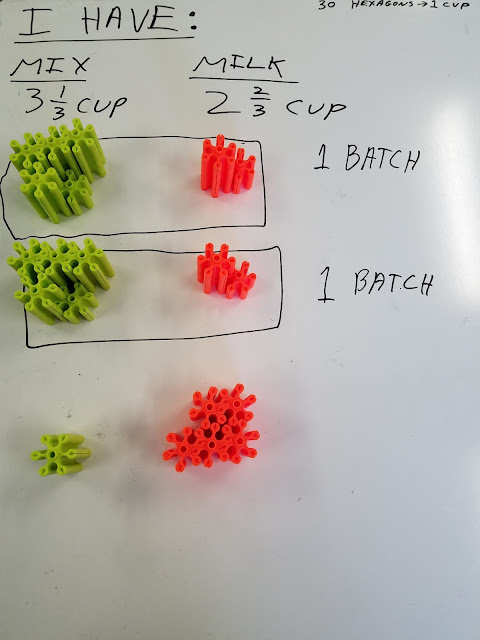 From what I had left over, I pulled out 9 mix and 3 milk hexagons to make another biscuit. 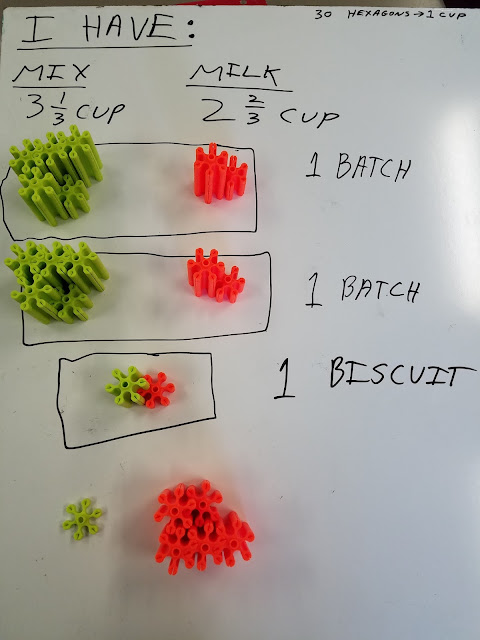 At this point, I didn't have enough mix left for even a whole biscuit, but I could make 1/9 of a biscuit! 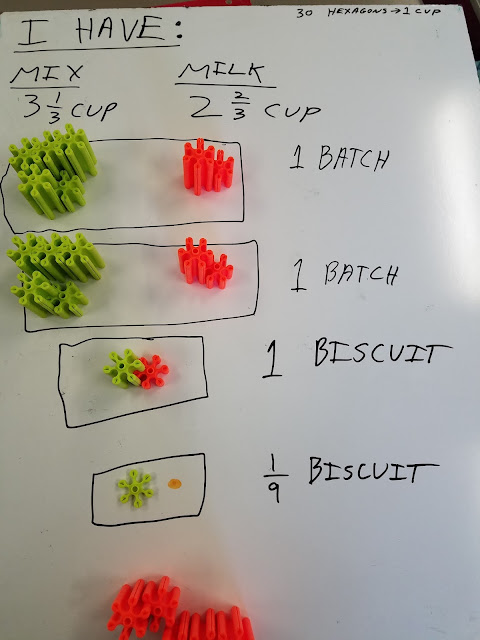 To prove how many I could make, I broke the batches up into individual biscuits, giving me a total of 11 1/9 biscuits. 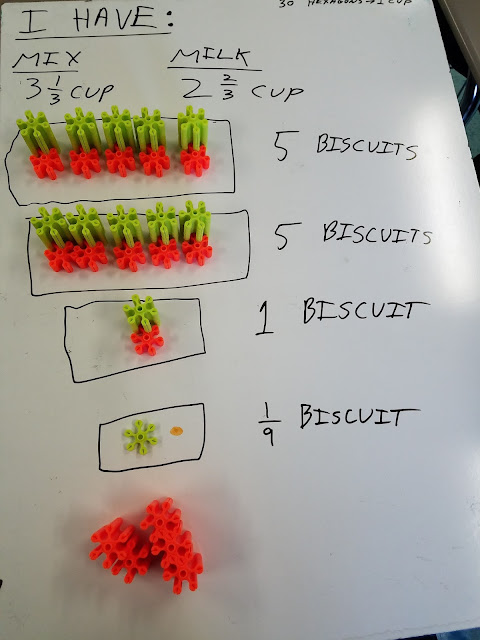 Now, in addition to wishing I had biscuits, I also wish I had white hexagons...
Email ThisBlogThis!Share to TwitterShare to FacebookShare to Pinterest