Posted by Justin at 4:59 PM
After the success of the whiteboarding activity in pre-algebra yesterday, I decided to try another variation today.

Last night, I went to Home Depot and bought two 4x8 pieces of 1/8 panelboard and asked the kind gentleman in that department if he would cut them for me.  I ended up with four 2x2 whiteboards and twelve 1.5x2 whiteboards. (all units in feet)  Those, added to the whiteboards that I bought last year, the ones I found in my classroom 4 years ago and the one so very kindly donated by Stephanie Reilly and Jen Silverman last year, brings my total to a whole bunch. 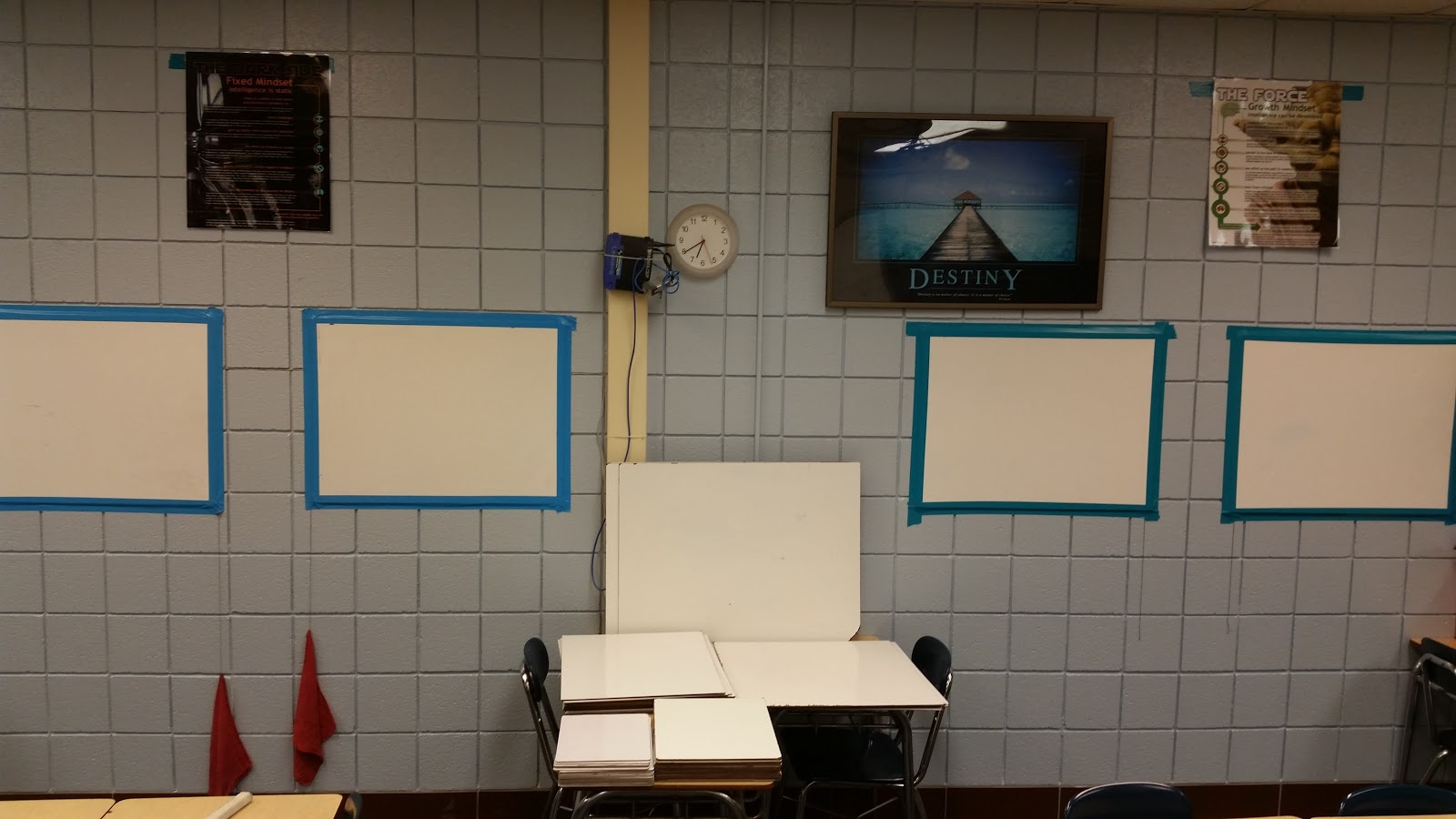 After reciting the Pledge to Improved Mathematics and our #Estimation180 warm-up, I handed out 12 word problems and told them to get to work.  But there was a catch:

They would only get credit for the problems on which I signed-off.

How would they get my coveted signature?

They had to show me how the obtained the answer.  They could work in groups or individually.  They could use the whiteboards or not.  They could start on whichever problem they chose and work at whatever pace they wanted.

When they finished a problem and wanted it checked off, they would call me over and we would talk about it.  If I liked what I saw in terms of work, explanation, picture, whatever, I would put a smiley face and my initials next to the problem.  If I didn't have the time to get to them, I told them to keep the work somewhere, grab another board and work on another problem until I made my way to their workspace.

They did an incredibly good job with this assignment!  They sectioned themselves into groups of 2, 3 and 4, spread throughout the room, snatched up whiteboards and got to work!  I spent 70 minutes running between the groups asking probing questions and making them explain the work that I saw.  They were eager to show me what they did and explain their efforts! 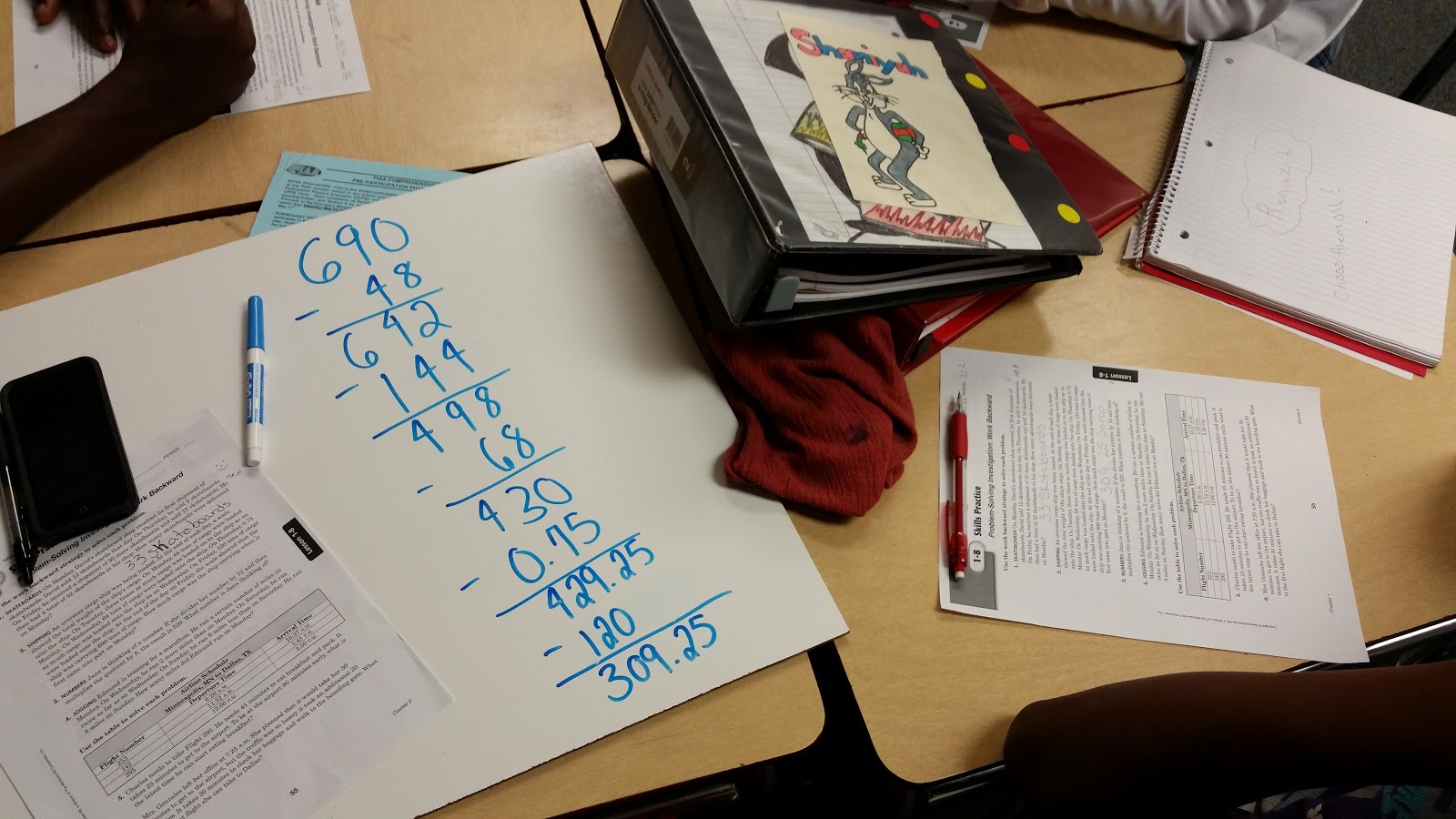 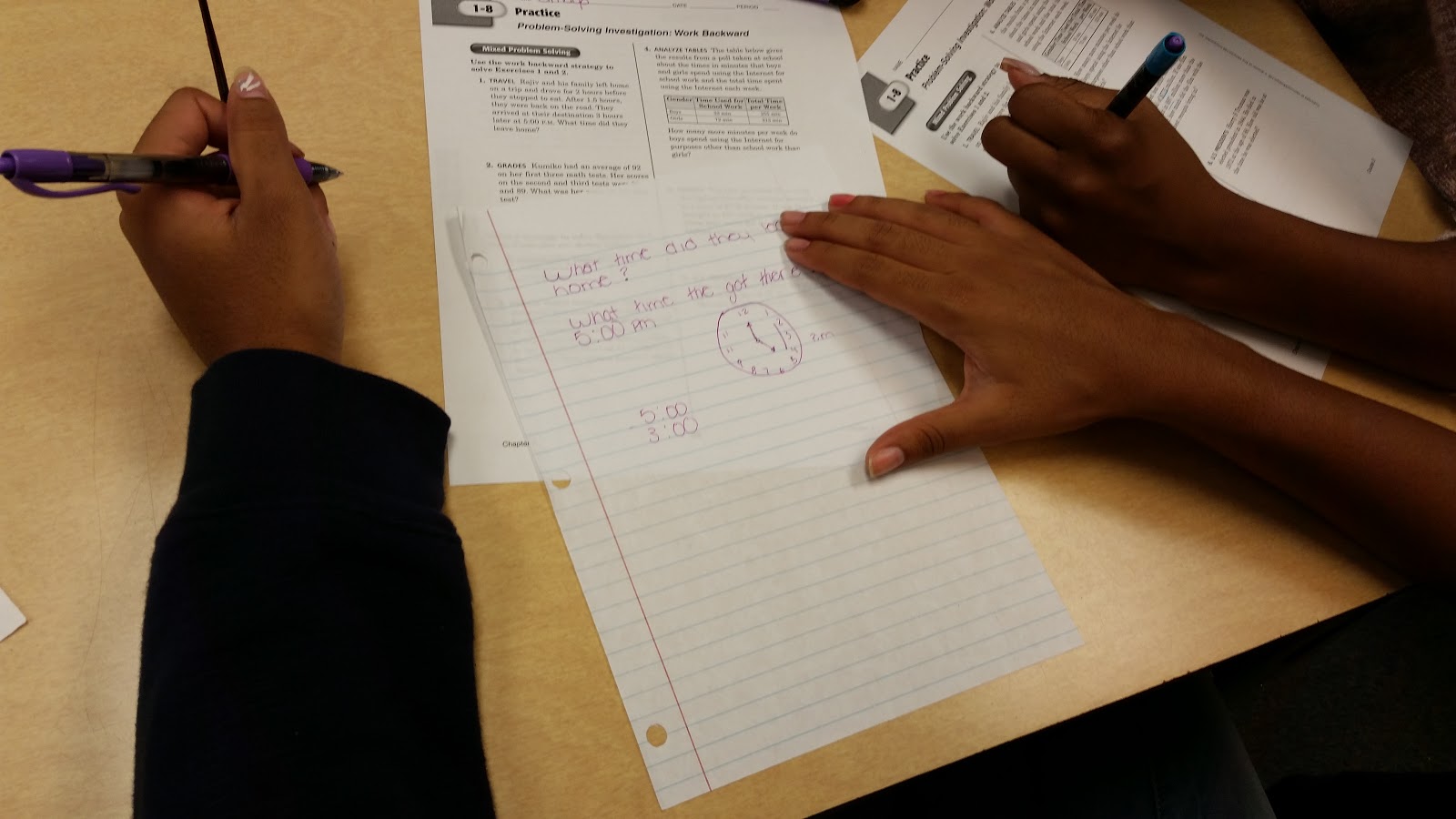 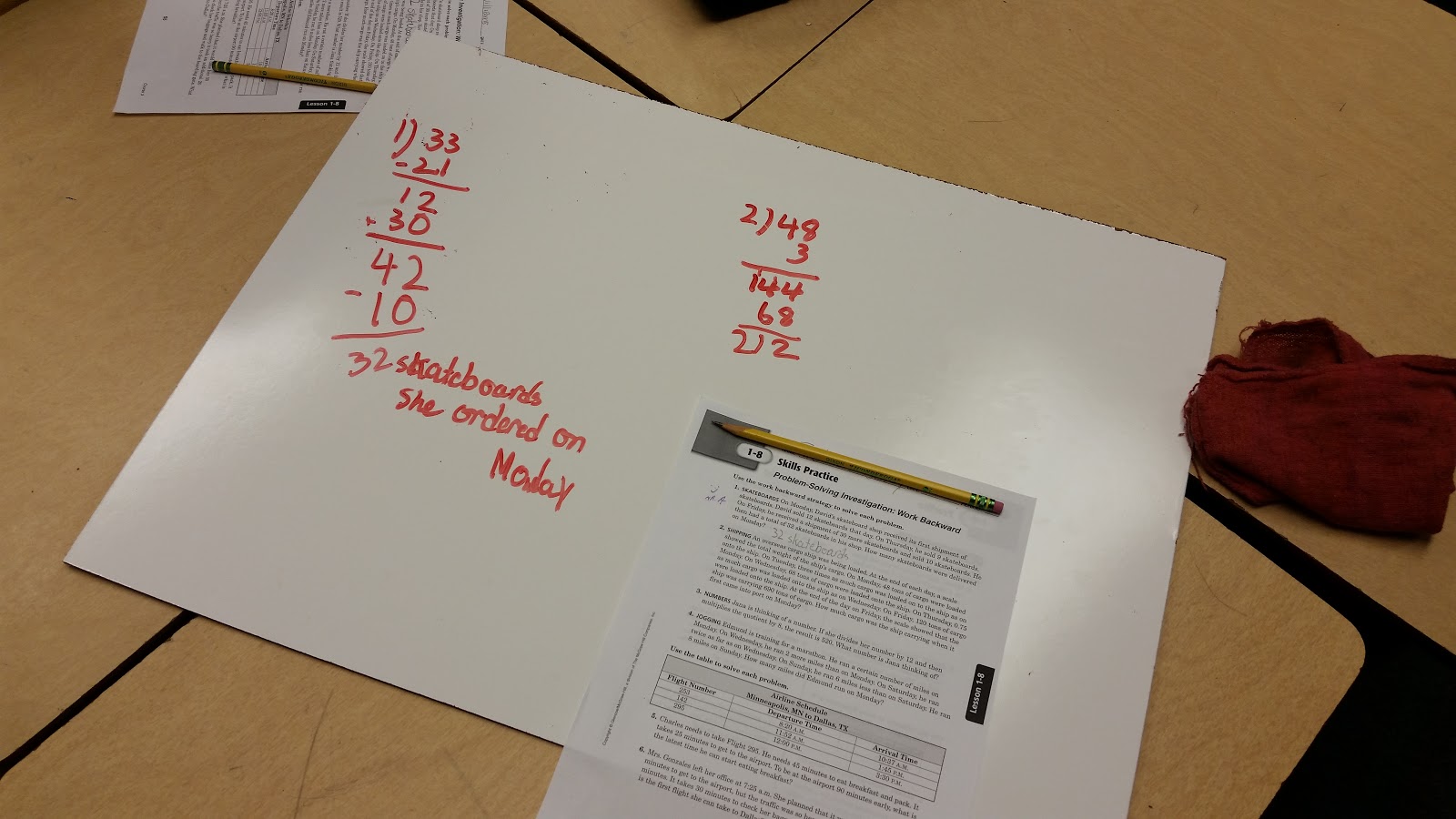 Along with the activity yesterday, I may have hit on a way to get them working consistently!  At no point did I have to tell kids to get back on task because those who were off didn't get their papers signed and then had a ton of homework.

This group was VERY small.  Several young women spent the first 15 minutes organizing lipstick and finding the best combinations for the day.  I left them alone and devoted my attention to the ones who were working.  After the initial grooming session, those girls got to work as well.  Great questions were being asked and there was always someone to help.

I barely noticed that it was 85 degrees in the room and that I had sweat through my pockets!

My only real problem was that, since I was requiring that I sign every problem before they got credit, I had to be everywhere.  I needed more me.  This activity might be better with a co-teacher or an aide, but I'm still going to do it again, even if I'm alone.  Also, I made several mistakes in the math and reading the problems since I was coaching on 12 different items at once.  I tried my best to go back and correct it, but I know some slipped through.

It also helped me to see which students were really struggling with the concepts of translating words to numbers.

My absolute favorite part was that I was able to compliment students on their mathematical, problem solving and group choosing abilities.  Genuine praise that doesn't feel forced is vital.

I think that today went a LONG way to building relationships with my pre-algebra students.

The geometry class is very...energetic.  I like how enthusiastic they are about answering questions, but coming right out of lunch, it's hard to get them back in the mode of learning productively.  I keep reminding myself that this is a different group of students from last year, but that's just not sinking in.  I have to treat them differently because they have different needs and different dynamics.
Email ThisBlogThis!Share to TwitterShare to FacebookShare to Pinterest