Posted by Justin at 4:28 PM
Since my previous plan for pre-algebra (to have students devise problems and create a Tarsia puzzle for other groups) flopped so miserably, my plan for today was to give them a puzzle that I had devised.  Working in groups of 3's and 4's, students would solve fraction addition and subtractions problems and match questions with answers to reassemble a square.

That was the plan, anyway.

In reality, only two of the groups managed to solve more than two of the fractions in the hour and of those two, neither was able to reassemble the puzzle.

The questions that they asked me made it seem as though we had never talked about this material.  One student even went so far as to say "I've never seen this before."

I felt as though I was in the Twilight Zone.

"Take the case of Mr. Justin Aion: a middle school math teacher in a moderately sized school.  To all appearances, he has a normal classroom with normal students.  In reality, each night, his students are replaced by identical clones who have never attended his class before.  Each day, the students are confused about seemingly brand new material, while Mr. Aion is confused as to why his students are so confused.  But this is all par for the course when you have registered for a class in...The Twilight Zone." 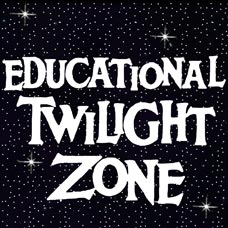 I want them to be able to do independent work, but I'm not sure how to get there.  When I stand in front of the class and ask them to complete the next step, anyone whom I call on is able to give me a good answer.  But it seems that as soon as I say "Great! Now you do it!" someone performs a full format on their brains and they are completely lost.

When I'm giving individual attention and assistance, the majority of the students seem to be asking the same questions and making the same mistakes.  Even when they take their notes out and go over step-by-step how we did previous problems, they seem completely lost, as though they are notes taken by other people for other classes.

I know that they are largely unfamiliar with this method of adding and subtracting fractions, but we've now been covering it for a week and I feel as though more of the concept should have been retained.

When beginning a new concept, I allow a certain amount of time for students grasp it.  I try to work with them patiently until they do.  Then, we build from that foundation to higher concepts.  As time passes however, I start to have the internal debate about blame.

The old me wants to say "I've spent enough time on this. If they don't get it, it's because they aren't paying attention or doing the work.  I need to move on."

The new me is saying "This is a new concept and I need to give them time to master it.  If you spend enough time working with it now, it will build that foundation that you're looking for.  Front-load the skills and the content will follow."

The guy sitting on my head dressed in red and white stripes is wondering if, after a week of attempts and ineffective teaching, they aren't going to get it and I should cut my losses and try something else.  Don't move on to a different topic, but try a more traditional method to transition them."

Old me rebuts with "How many different ways do you have to teach a basic concept before you can wash your hands of it??"

New me claims that you can NEVER wash your hands of it.  Furthermore, if they haven't grasped the concepts, then I didn't teach them.

The striped me says that we can't spend the year on a concept that they should have mastered in 6th grade, but neither can we really move on without it.  Kicking the can down the road only hurts the students in the long run.  Instead, I should move on to the next topic and incorporate this concept into future lessons.

And then in came 8th period.  Instead of explaining the exercise and then getting frustrated, I started with a review of the process.  I put two different types of problems on the board and we went through them as a class.

And then they worked.  They worked well. 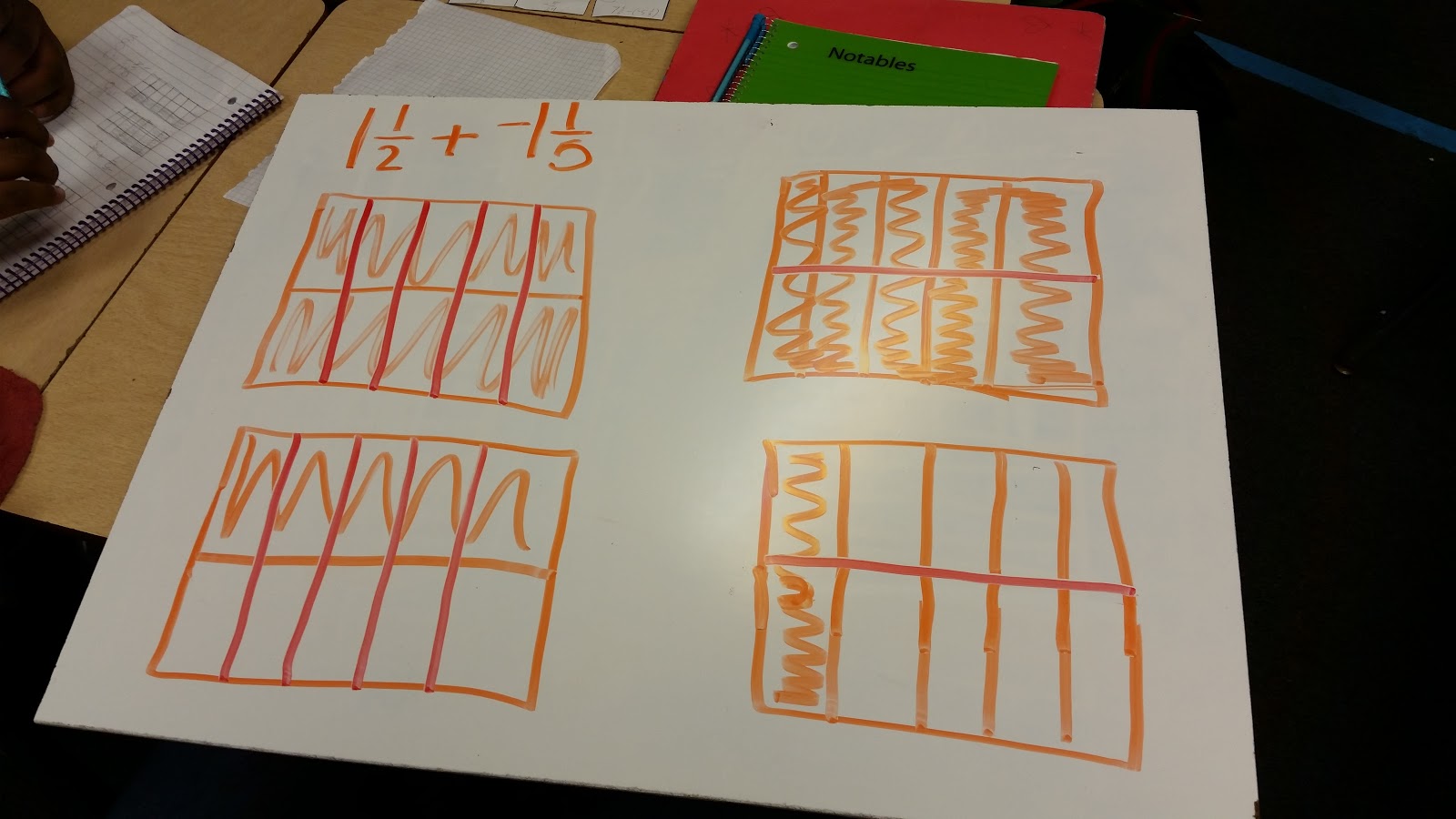 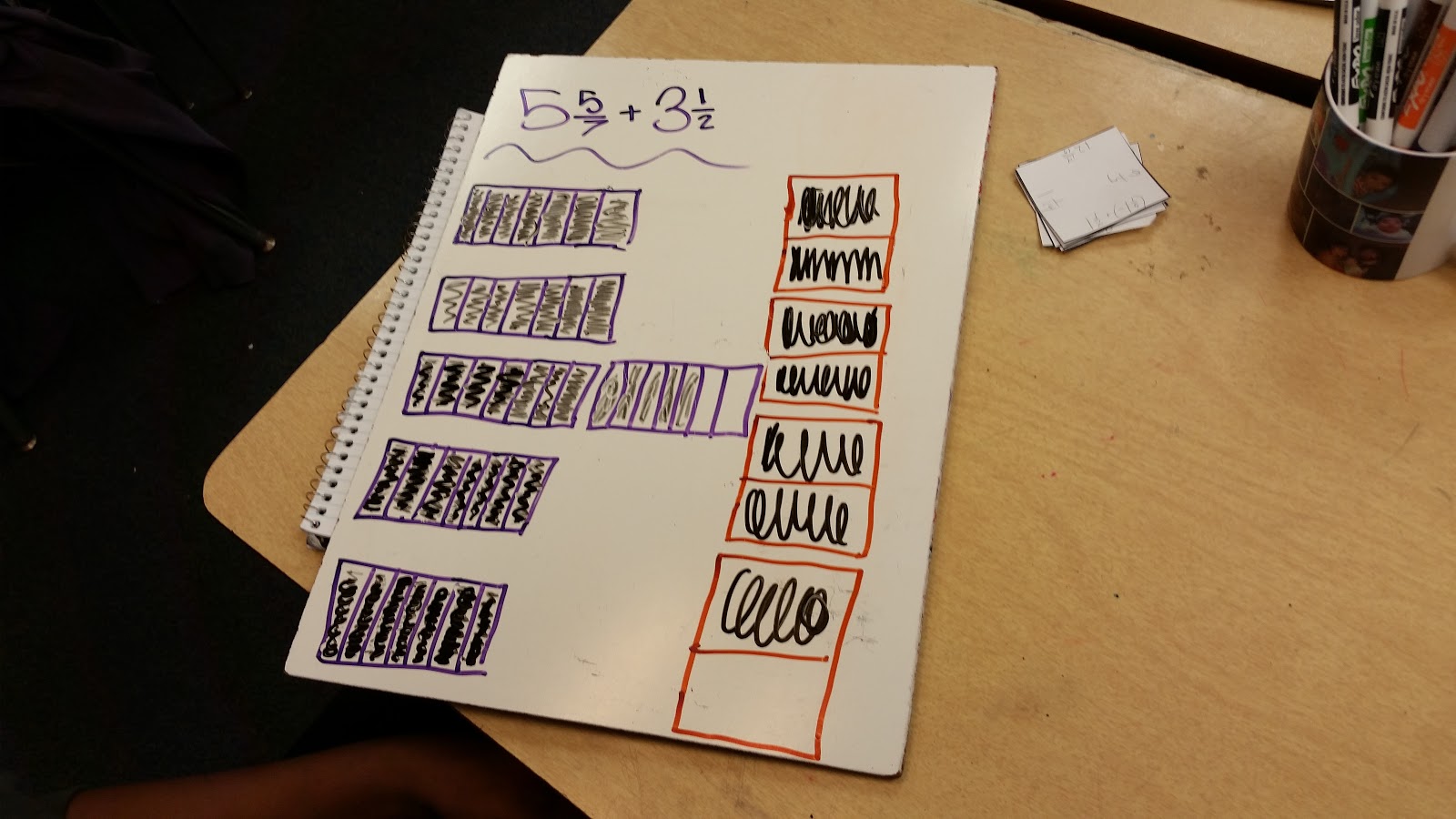 Perhaps the wells are not dry, but simply need to be properly primed.
Email ThisBlogThis!Share to TwitterShare to FacebookShare to Pinterest