Posted by Justin at 4:08 PM
Yesterday, I was lucky enough to be selected to go to the Penn Literacy Network workshop led by Joe Ginotti.  It was, by far, the best professional development workshop that I have ever attended and I'm very much looking forward to parts 2 and 3 in the coming months.  It was very validating to find that many of the recommendations that he made (based on research) are already in place in my class.  I feel as though I'm on the right track and received many suggestions on to further my practices.

Things I need to do more frequently:

Have students do quick turn-and-talks
Have students writing more (this will happen more starting in the second marking period)
Have students questioning and reflecting more
Develop projects that are marking period/semester/year long
Give students a specific long term goal to achieve
Encourage more productive, academic interactions between students


It's nice having a clear list of things to work on rather than "make things better!"


I returned to school today to find that chaos had taken over in my absence.

I received a report that security and our school police had to be called to my classroom no less than 4 times in a single period.  7 students had to be removed and several others walked out to avoid getting in trouble for things they didn't do.  The teachers who were covering that class left me notes about specific behaviors, none of which surprised me.

I want to be clear that I do not blame the chaos on the covering teachers.  They are all veterans with their own classrooms well under control.  I do find it slightly validating that they had such difficulty not because of them, but because I've been finding that group particularly challenging.  Knowing that others would have the same (if not worse) issues with that group makes me think that I may be doing something right.

In addition to this, I received a message from the teacher who covered my geometry class telling me that they did the Pledge to Improved Mathematics without me being there.  He was very impressed.  I was impressed and proud and made sure to tell them so today.

In addition, I wanted to talk about justification of mathematical thinking as an introduction to proofs and, somehow, we ended up talking about manipulating fractions through the use of rectangles!  Clearly, I'm stuck on this idea...


My 8th period, however, had a less than pleasant day.  In light of the reports that I received from my substitutes, as well as security, our behavioral specialist and the building police, I decided that they needed a silent day.

I gave direct instruction.  I went over key examples from the assignment that I left yesterday, answering questions that were asked in 1st period.  I was thorough and explained concepts in multiple ways.  Then they worked.

For 70 minutes, they sat in silence working on practice problems and activities individually.  I made myself available for individual questions and worked with any student who asked, including those whose names were in the sub report.

Without the social pressure to be funny, the students who normally cause disruptions were not disturbing others and, for the most part, did very good work.  They asked good questions and completed the task I set.  The rest of the students, free from the attention-demanding behavior of the minority were able to get more individual attention from me and address their own educational needs.  There was no stigma or fear of asking questions in front of the whole group and there was a quiet environment for them to concentrate.

I am disappointed that this group has been unable to handle group activities and I'm unwilling to change my seating layout for a single class.  Over the next few school days, I will be working them slowly back up into participation, loosening the leash slightly, praising the kind of behavior that I wish to foster and making sure that I heavily separate my reactions to behavior versus academics.

On a more absurd note, today was picture day.  I had the Herculean task of surpassing my faculty picture from last year:
I won't tell you what I did until I get the pictures back.  But here's a hint... 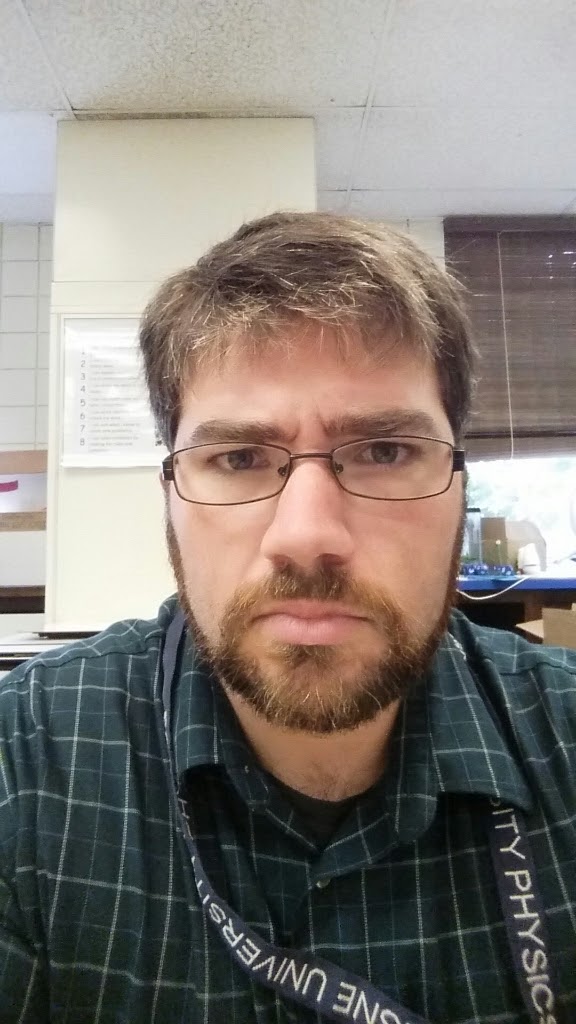 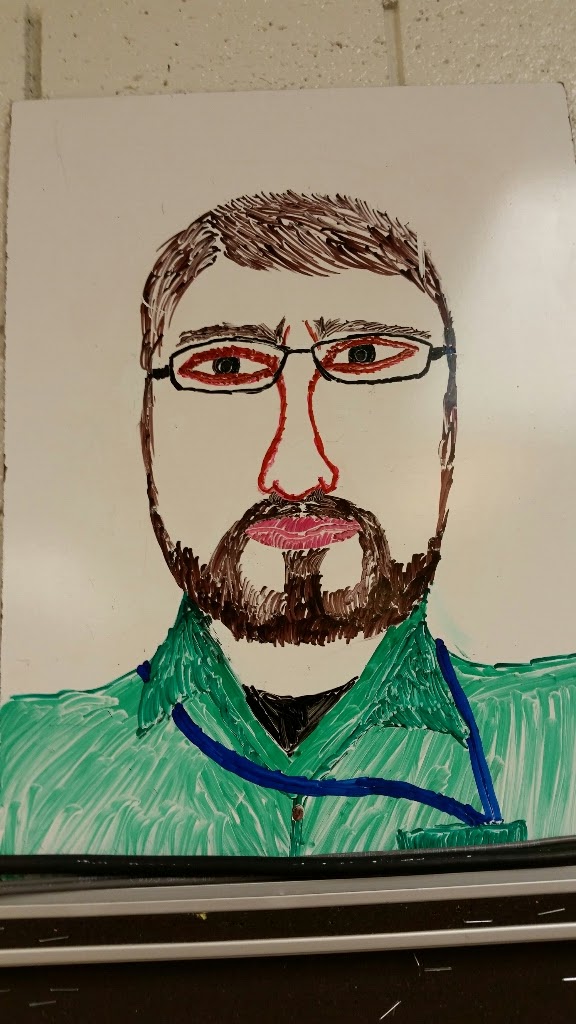