Posted by Justin at 4:26 PM
First period was on point today!  I gave them some practice problems to work on around functions and let them go.  The problems were low-floor problems that afforded them easy success.  While they were working, I put up a make-shift number line on the wall.

This group of students has been struggling tremendously with adding and subtracting negative numbers.  When I have the write a number line, they get it without confusion.  Once they have it drawn, they are able to ask themselves two important questions: Where do we start? Where do we go?

I've been meaning to put up a number line for a while, but the layout of my room and the various objects hanging on the wall make placement a bit awkward.  I really wanted it to extend across the entire room, but I couldn't, so I made it work. 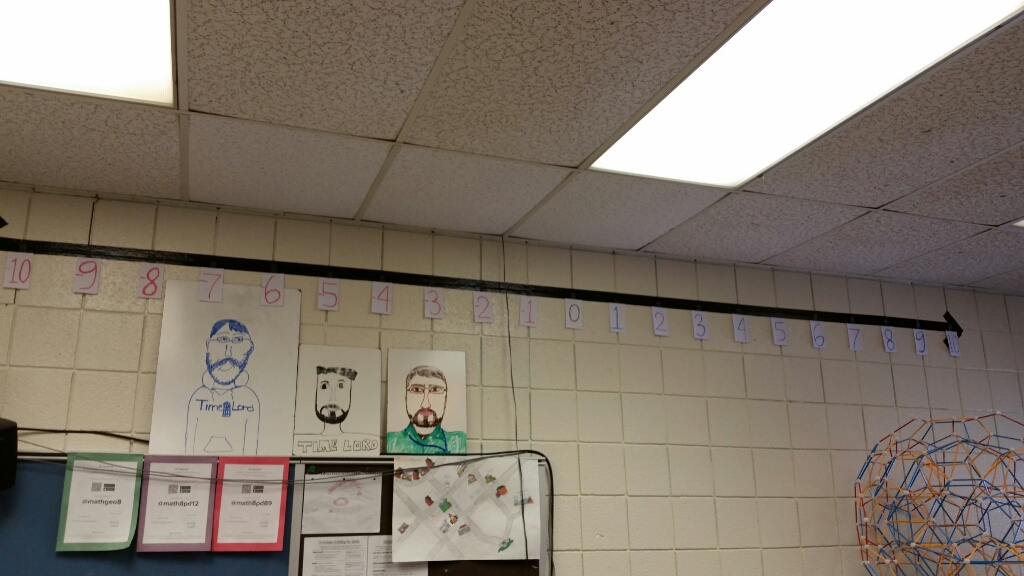 Before the end of the period, we had used it at least 4 times.  They worked while I put it up and finished just before I did.  So they started an arm wrestling contest.  The girls.

After a particularly tense match, I jumped in.  I toyed with the one girl a bit, letting her think I was struggling, then I CRUSHED HER!!!

The second girl, however, gave me a run for my money and I honestly wasn't sure I was going to win.  She had a solid grip and was VERY strong.  I beat her too, but only barely.


I bring this up not to brag (although I am amazing and every should know) but because as soon as the contest was over, all of the kids went back to their seats and we went over the problems.  I didn't have to wrangle them or beg them to get back on task.  I didn't even have to ask.  I picked up my copy and they got back on task. 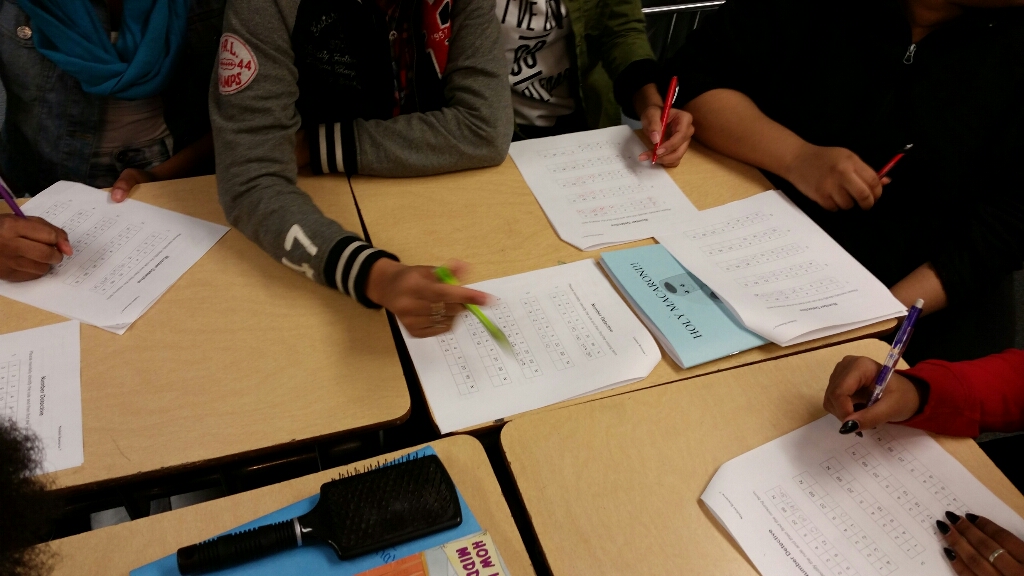 This was quite unusual and I chalk it up to the fact that I've been working solidly on building relationships with the kids.  Arm wrestling with those students showed them that I value what they value.  It would have been so easy to yell at them to get back in their seats and to stop goofing around.  There are times when I do that.


Two or three times in the past week, my own children have wanted to do "experiments."  This involved them mixing various liquids they found in the fridge.  The idea of this makes me cringe, just thinking about the mess and the clean-up.  But this past week, I not only let them, but I set out a tray and helped them pick out some instruments for the experiments.

I try not to think "Oh god! This is going to be terrible! It destroys the order of my kitchen and makes things sticky."

Instead, I think "Why do I need to fight this fight? They aren't really hurting anything and it makes them happy."

I had that same thought today in class.  They had completed their work and I wasn't quite ready to move on yet.  They weren't screaming or disturbing the kids who were still working.  I was able to let them be kids.

And I could be a kid with them.

In geometry, we started a supposedly simple question that I had thrown up on Twitter.


After a prolonged conversation and internet search, I got it!  Here's the tidbit that blew my students away:

The orthocenter is the center of the circle that is inscribed in the anticomplementary triangle!

This is the GeoGebraTube sheet that I made for the kids.  We played around with it for an hour, looking at various other points on concurrency.


Exploration is fun!
Email ThisBlogThis!Share to TwitterShare to FacebookShare to Pinterest