Posted by Justin at 5:18 PM
Teachers are never allowed to give up on a kid.

More accurately, teachers are never allowed to ADMIT that they have given up on a kid.

After yesterday's quiz in Math 8 (with class averages of 45% and 36%), I became concerned that a large portion of my students were picking answers without thinking about them or checking them.  SMP6, which we have been reading daily, states "I can work carefully and check my work."  SMP3 states "I can explain my thinking and try to understand others."

I don't think I've been doing enough to emphasize these in the assignments that I've been giving.  So today, I devised an assignment that would cover both.

I picked 5 problems from the test with which many students had difficulty.  I put each one on its own page with lots of white space.  The directions at the top of each page read "Use complete sentences, diagrams or equations to explain why each answer is right or wrong."

On the front cover, I put a 6th problem that I had done as an example.  I went through and gave thorough reasons as to why each set of equations worked or didn't and why each answer was right or wrong.

I need to make sure that I don't forget the students who did what I asked of them.  There were several groups of kids who worked VERY hard.  They kept coming up and asking me for my feedback.

"Does this answer make sense?"
"Is this enough to say what I want?"

I sat with two students who deeply struggle with my work because, in all honesty, it's not developmentally appropriate for them.  They worked incredibly hard and through their frustrations.  I was able to spend the time on them that they needed because I wasn't willing to fight the rest of the students.

When the period ended, only 1 student out of 27 had completed the task I assigned.  For the most part, this was because she was the only one who was working constantly.  While I found this infuriating, I realized later that it was because I was focusing on the students who weren't working rather than those who were.  Thinking back on it, the majority of the students were on task for most of the class.  My experience was skewed, as usual, by the few who were off task because they were significantly louder.

The kids who were working were having quiet conversation while they worked.  When I managed to get a few others back on task, I noticed how their volume dropped dramatically.  Their conversations didn't change much, but it was no longer possible to hear them from 2 area codes away. 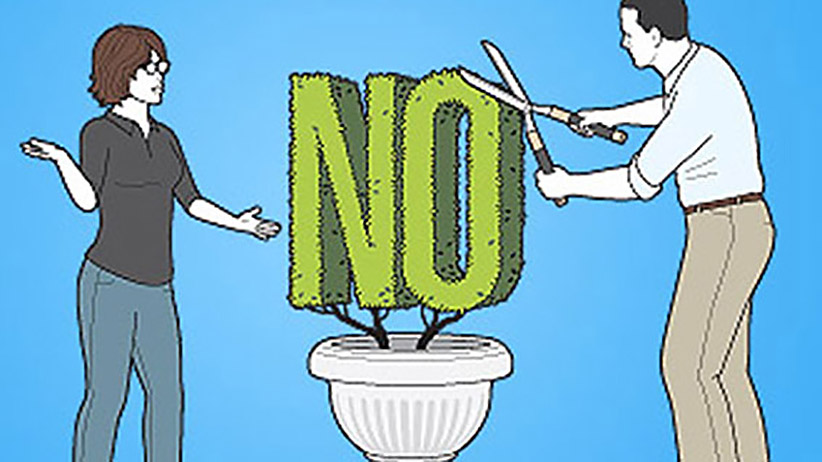 In 8th period, I moved between two groups of students and was incredibly pleased by their work.  They took the work seriously and I was able to get them to explain their reasoning very thoroughly.

I focus WAY too much on the negative.  I've talked about this before that when lessons go poorly, I blame myself.  When they go well, I attribute it to the kids.  Neither of these is fully accurate.

In addition, I have been doing a wild disservice to the majority of my students who DO what I ask of them by focusing my energy and frustration on those who don't.

I pulled two of my students aside today to tell them how much I appreciate them.  I need to do this more often and with more students.  My frustrations and focus on the few who are disruptive is modifying my attitude and making my classroom a place where students feel as though they are walking on eggshells.

I can't have that.

I can only control me.  I can do my best to provide an environment that is safe and educationally sound.  I can do what I can to encourage my students, but ultimately, the choice is up to them.

I can't give up trying to convince them, but neither can I sacrifice the rest of my students on the altar of perceived neglect.


At lunch, one of my students asked me:

"Mr. Aion, if you found out that someone was talking about you, what would you do?"

I explained to her how much trouble I had with bullies, minor and major in high school and middle school.  I told her that it took me years to realize that there was no way that I could beat them.  I told her about my favorite Twain quote. 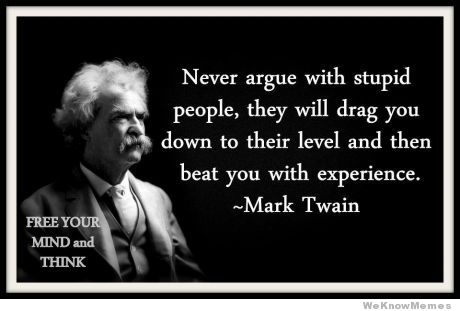 It warmed my heart that she trusted me enough to be able to come to me with this concern.  I am doing good and I need to remind myself of that more often.
Email ThisBlogThis!Share to TwitterShare to FacebookShare to Pinterest