Posted by Justin at 3:53 PM
When I am asked in interviews about my biggest weakness as a teacher, I always lie.

My biggest weakness is in planning.

I get bursts of inspiration, find cool activities and tasks and engage my students.  But I could do a better job if I were willing to spend more time planning.  One of my biggest strengths is my ability to take teachable moments and run with them.  I can start with a basic activity and turn it into something deep and interesting.

I have come to the conclusion that this is not nearly enough for my Math 8 classes.  I don't need a script for them, but with 90 minutes, I clearly need a more involved plan than I've been using.  My basic plan is usually an outline of the topics that I would like to cover with specific examples that I want to talk about and I let the lesson flow organically from there.

I did the same thing as a student and many of my current students do it as well.

"I got this answer wrong, so I'm going to put my head down and tune out."

This causes exponential problems!  In a race, if you stumble, you can't just lay on the ground.  You HAVE to get back up and keep going.

So I'm making a conscious decision to get back up.

I made a plan for Math 8 today.  It was a solid plan that involved students writing, explaining and working in groups.

It didn't go as I planned.

My original plan was to start out with some selected entries from Visual Patterns.  We would talk about the relationships, input, output and how to relate them to functions.  Then, once a level of comfort was developed, students would break into groups, develop their own patterns and have other groups find the functions that describe those patterns.  I originally wanted this to be almost a game or contest with group competing to find the best function.

With this plan in place, I had a goal and a path.  Instead, the discussion moved in a different direction and, while I had them develop their own patterns, it became about identifying slope and y-intercept of the function from the chart.  We talked about how the difference between consecutive values of the output related to the slope of the line. 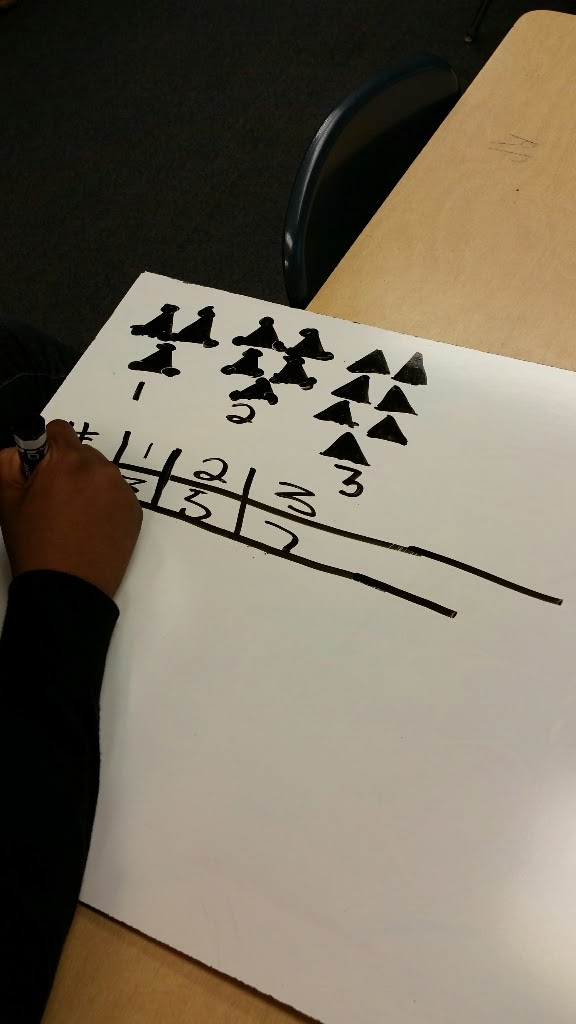 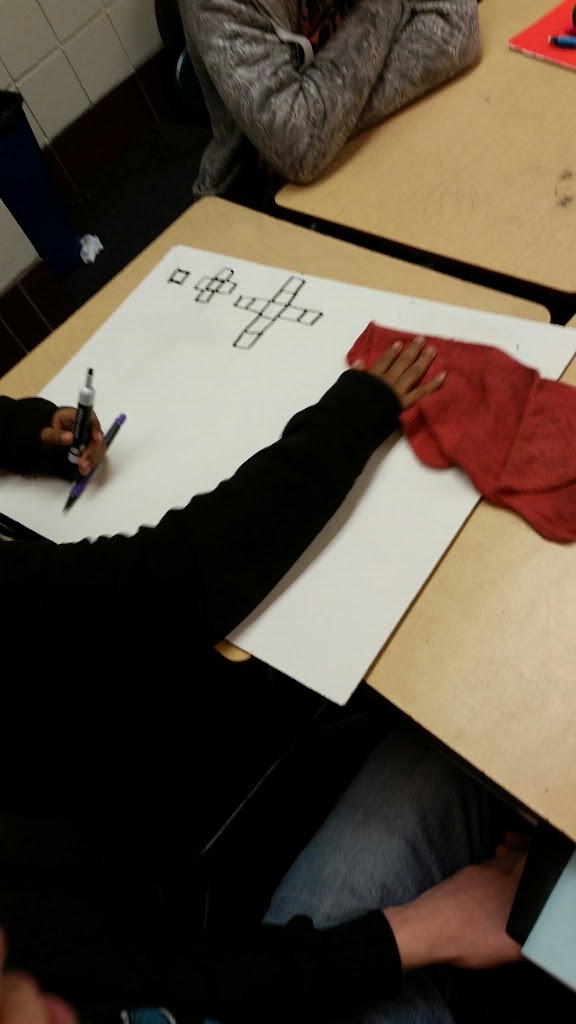 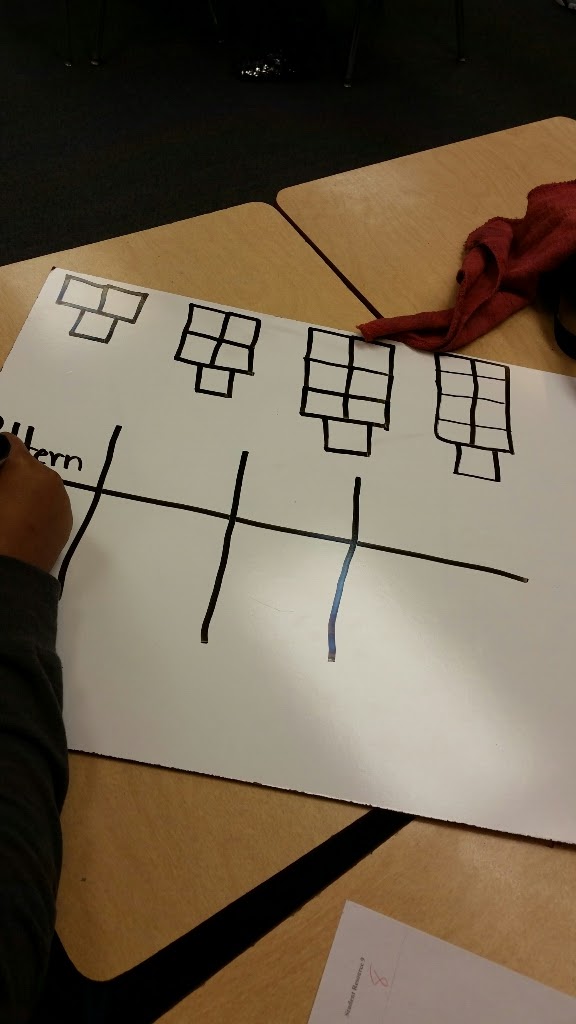 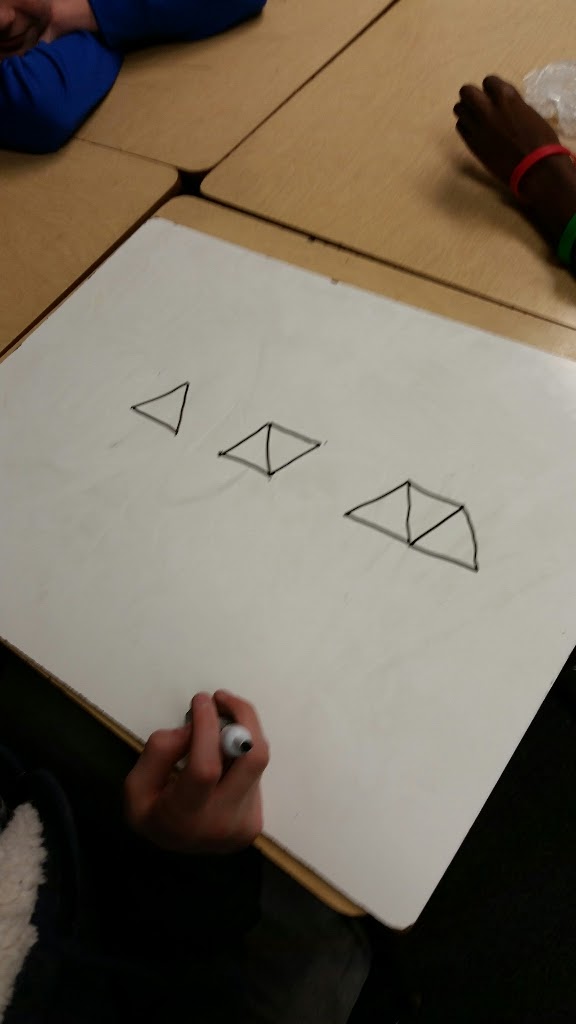 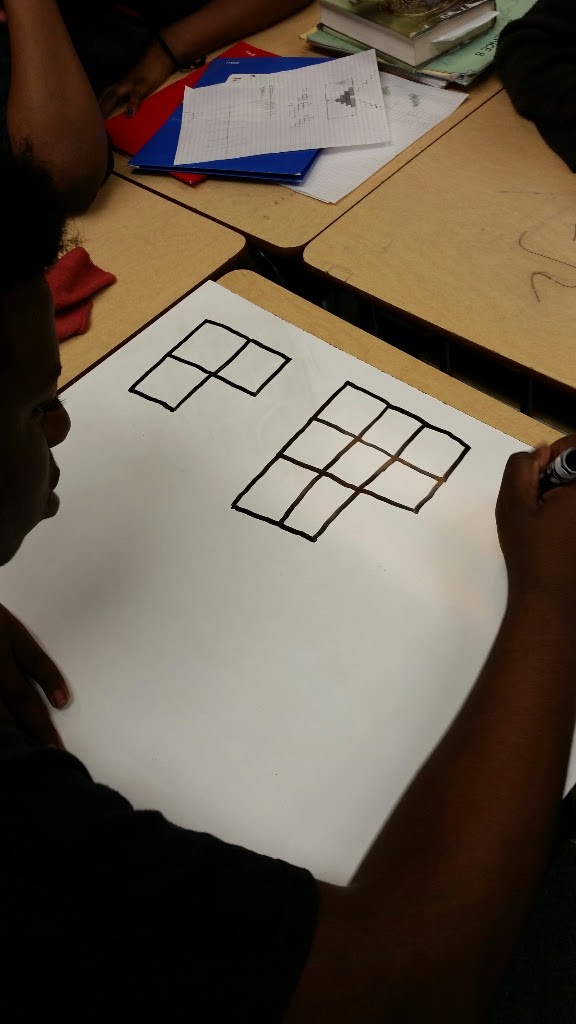 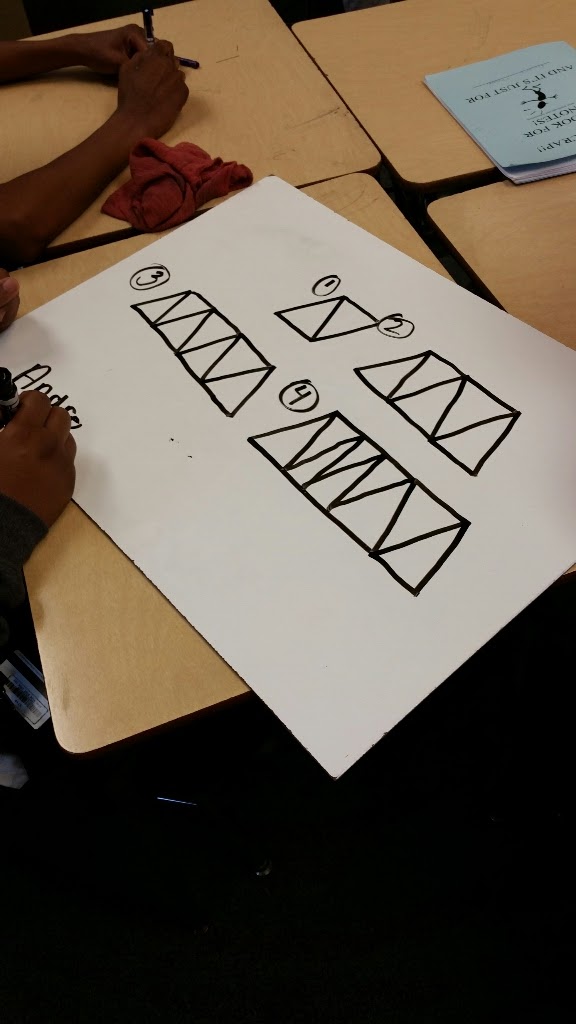 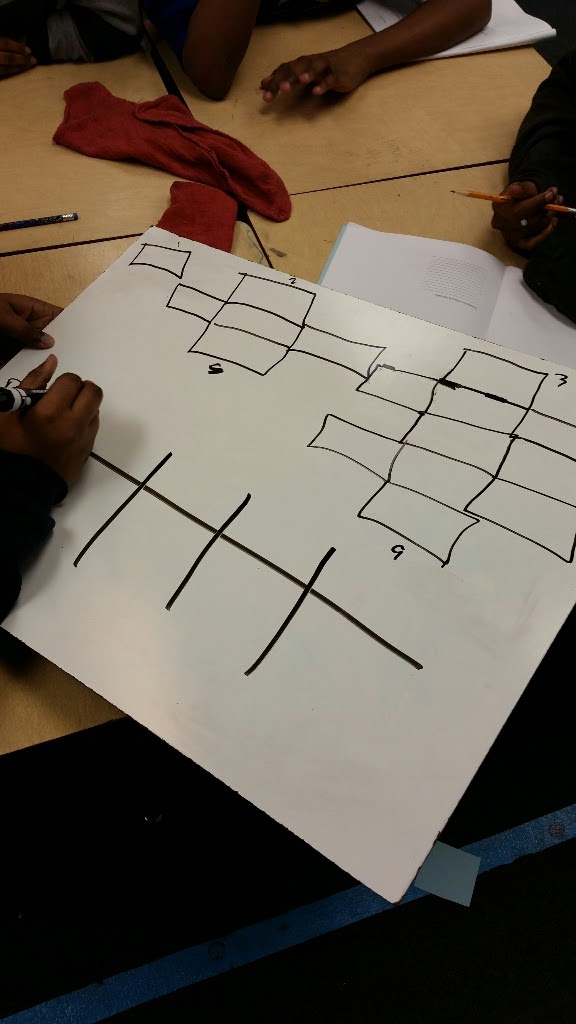 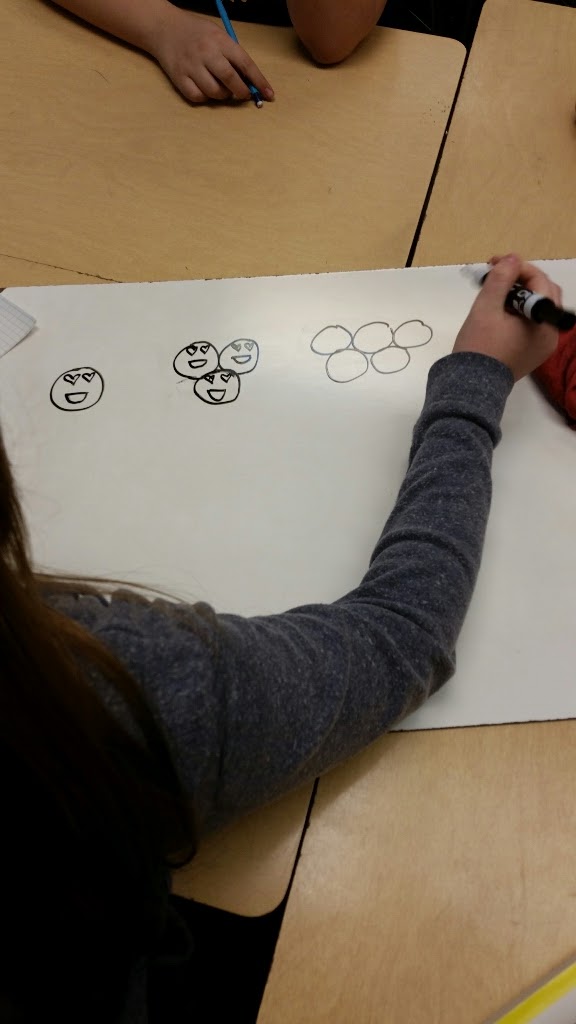 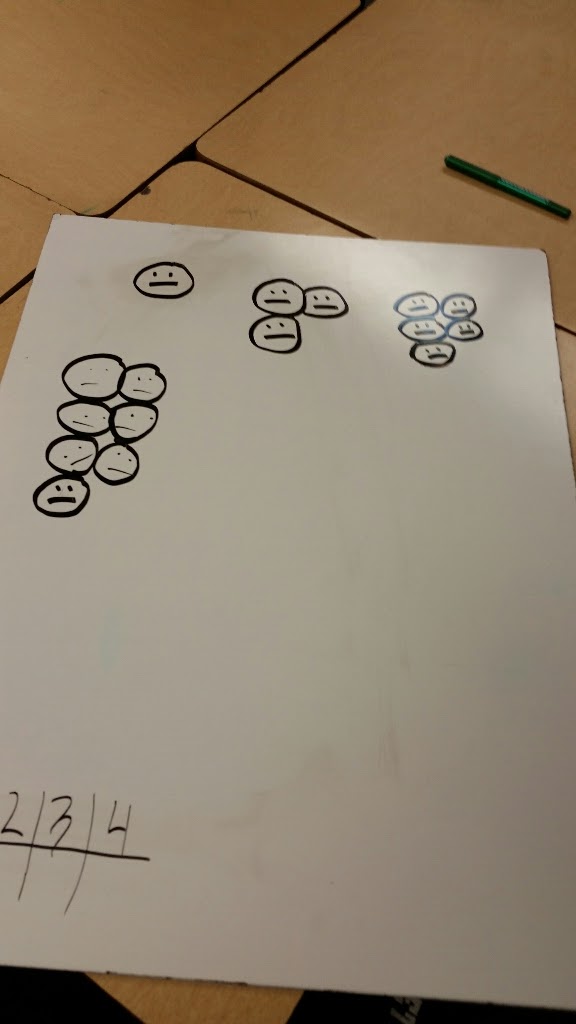 8th period did just as well, but was a bit more talkative.  I was very pleased with the discussions that we had, even if there wasn't as much depth.  Different groups have different capabilities and limits.

All things considered, I was pleased.
Email ThisBlogThis!Share to TwitterShare to FacebookShare to Pinterest