Posted by Justin at 3:58 PM
It's hard to get back into the swing of things after 4 days off.  This is true for teachers, but especially true for students.

In the cold and ice, we didn't have a 2-hour delay or a closing, but apparently, no one told the bus drivers that.  As a result, my 1st period had about half the students that it normally has.

This half-population class still had difficulty focusing to the point where I'm considering moving students out of groups.  I want them to be working together, but they are having tremendous trouble focusing on the task at hand unless I'm standing over them.

There seem to be minimal issues when we are working as an entire class, but it's possible that I'm just not seeing them.  It's possible that it takes until I say "now you try the next one" for me to notice who is checked out.

I think, however, that they think I'm not paying attention when they are working in groups.  Perhaps they think that the din of conversation will cover the difference between accountable talk and not.

It's also possible that I have been slack in my duties of defining the difference between accountable talk and not.

The reality is that I don't really care WHAT they talk about as long as the tasks get completed.  If a group of students can do what I've asked them to do while discussing their plans for the weekend, I don't see why they shouldn't.  But they aren't.

When I ask them to try an assignment on their own, many of them just sit there and wait for me to go over it.  Or they attempt one problem with minimal focus and when it takes 10 minutes because they are only putting in that minimal focus, I get cries of "this is taking forever!!"

Me: "Of COURSE it's taking forever!  How long does it take you to walk from here to the bathroom?"
S: "Like 20 seconds."
Me: "And if, instead of walking at a reasonable pace, you were to lay on the floor and inch-worm your way there? How long would that take?"
S: "Like an hour."
Me: "Yes. Yes it would. Right now, you are inch-worming through these exercises, not because you don't know how to walk, but because you refuse to stand up and do it.  Not everyone walks at the same pace and that's ok, but laying on the ground crying that you're helpless is something that toddlers do.  Stand up and help yourselves."
S: "That's too much..." 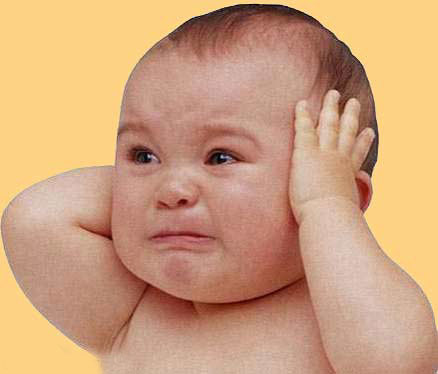 I'm reminded very much of my own children, my 5-year old in particular. (And if I want to be completely honest, I remember this behavior from myself as well.)

When I ask her to get dressed, if she's in one of those moods, she'll flop her clothes around, loose-armed, claiming that she doesn't know how to put them on.  She will make half-hearted attempts to put her arms in sleeves and when it doesn't happen, she collapses onto the ground.  I encourage her to take deep breaths, calm herself down and them we work on the task at hand.

At 5, she doesn't quite understand the idea of "if you would just do it, it would be done and we could move on."

I have distinct memories of my own mother telling me that if I had spent a fraction of the energy I used trying to get out of something on actually doing it, I would be a genius and everything would be done.  I remember sitting at the table, crying and tearing at my hair, refusing (or incapable) of completing an assignment instead of just doing it.

Even now, I lack the kind of focus that I wish I had. (In the time it took my two write that last paragraph, I checked Twitter twice and my email once.)

So, if this is a task that I WANT to do, that is important to me and I have trouble focusing, how can I fully expect my students to do that on anything I ask of them.

I get frustrated because I don't know how to get them to focus and I can't seem to make them understand that if they would just DO the assignment, we could move on.  We have trouble getting to anything more meaningful than calculation because it takes too long.  Not being able to focus on the assignment means that it takes much longer to complete, meaning that the purpose and goal are lost in the shuffle, meaning that by the time we GET to the end, no one remembers why we were doing the problem in the first place and the connections are lost.  Then it might as well be a worksheet.

It's insanely hard to balance my frustration at my students with my empathy of their situation.


One of my geometry students spent the day at The Ellis School last week.  This is an all girls school that specializes in STEAM.  She would be a remarkable fit to their program and a tragic loss to our own district.

She wanted to tell me about her visit today.  This sparked a 45 minute discussion of sexual harassment, victim-blaming, gender roles, societal expectations and double standards.  This group of geometry students has several VERY strong female students who are constantly pushing their own thinking about race and gender, identifying problems and seeking solutions.

I deeply cherish my ability to make my classroom a safe place for these discussions.  I also find it fascinating that during normal class, the boys are chatty and involved while during these discussions, they sit quietly and listen.  I think part of it is that they may not be used to having the girls be so vocal about important issues.  I like to think it's because they are listening and gaining a perspective to which they are not accustomed.
Email ThisBlogThis!Share to TwitterShare to FacebookShare to Pinterest