Posted by Justin at 6:48 PM
My Math 8 kids did diagnostic testing all day today.  They do this twice each year to measure progress, not only through the curriculum, but against themselves.  It's the only test that I really like because it measures the kids against themselves rather than a national or state average.  It shows growth.  Or not.

The results, overall, were slightly upsetting, but not the least bit surprising.

The students who took an active role in their education through participation, task completion and asking questions showed improvement since the first time they took in September.

The students who did not take an active role, or showed inconsistent activity, including sleeping in class, not doing assignments, not reading feedback showed either stagnancy or decline.

Nothing about these findings are revolutionary or amazing.

What it does for me is underscore the need for me to up my game.  If responsibility and active engagement are what correlated highly to growth, then I need to figure out how to engage more of my students.

I've known this is true, but just like anything else, having the numbers in front of me makes it more concrete.

If they care about the work, they will do it.

I just struggle with getting them to care.

Sometimes, being a teacher feels as though I'm a gourmet chef trying to feed toddlers.  A beautifully prepared and presented meal may go to waste simply because it's not a peanut butter and jelly sandwich with the crust removed and cut into triangles (which my wife and children assure me makes the sandwich taste better.)  They may love the food, but without the willingness to try a bite, they will never know.

That's not to say that they don't have good reasons for rejecting my lessons.  They have been trained from birth to think that math is hard and boring.  I've been trying to break them of that thought, but at the same time, they are struggling with social, societal and home pressures.

School is simply not a priority for many of my students.

Almost 10 years into my career in education and I still don't know how to make it so.  I know the basics.  If I am able to build relationships and trust with them, they are much more likely to go with me on these adventures.  I've been able to build those with several students, but not nearly as many as I would like, or really need.

I wonder about the inherent differences between the Math 8 kids and the Geometry kids.  The latter group is, in general, much more trusting of my goals and methods.  It may be due to how much closer I am to them in terms of my background and interests.  I am more likely to butt heads with the Math 8 kids.

I wish this were not the case.  I'm working on it and being conscious of the difference SHOULD make that easier, but...


The students in the geometry class, particularly the young women, are very concerned about race and gender issues.  It's a frequent topic of discussion in the class.  Since I know their interests and we are currently talking about similar polygons and proportions, today was a perfect day for the Barbie Proportion lesson.

This awesome activity came from Kathryn and Fawn, via Julie.

When the kids showed up, they asked me what we were going to be doing today.

"We will be discussing the expectations that society places on women to maintain an unrealistic body."

Then I pulled out a Barbie doll and asked what they noticed.

Almost as if I had prompted her, one of my students said "I read somewhere that if she were life sized, her waist would be too small for her organs."

And with that, we were off and running!  In groups, students measured Barbie's various body parts and then scaled them up to make a life-sized drawing. 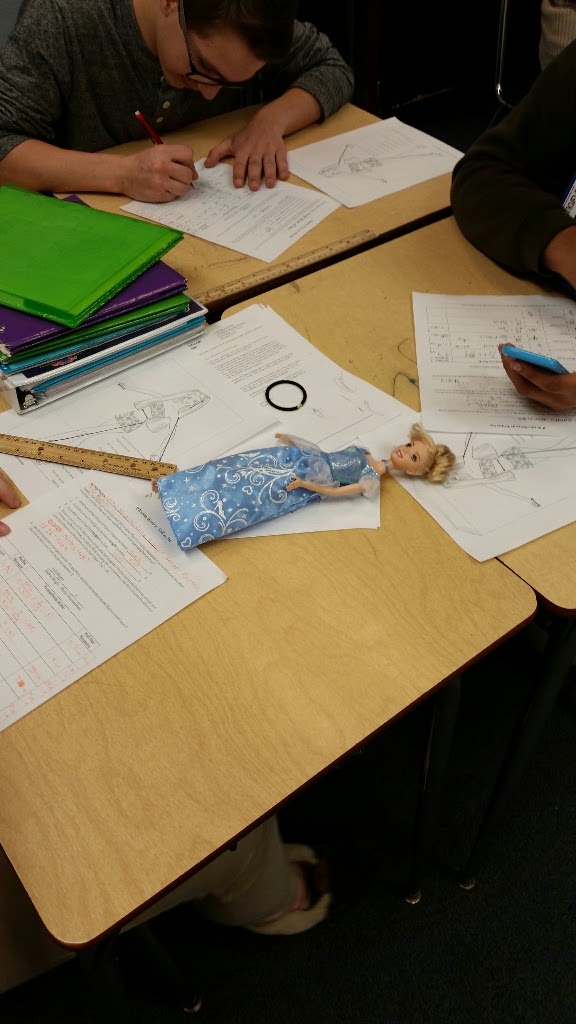 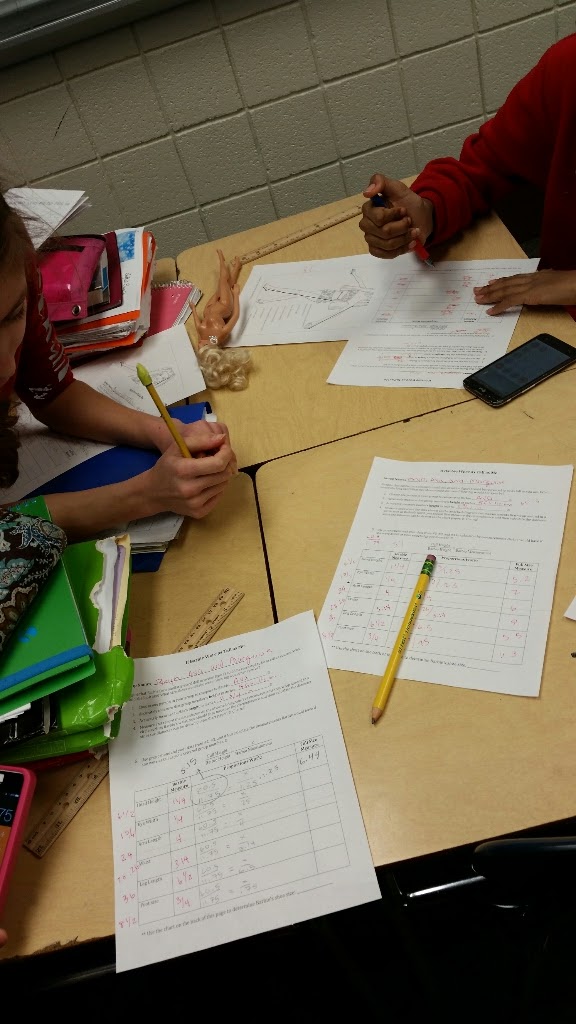 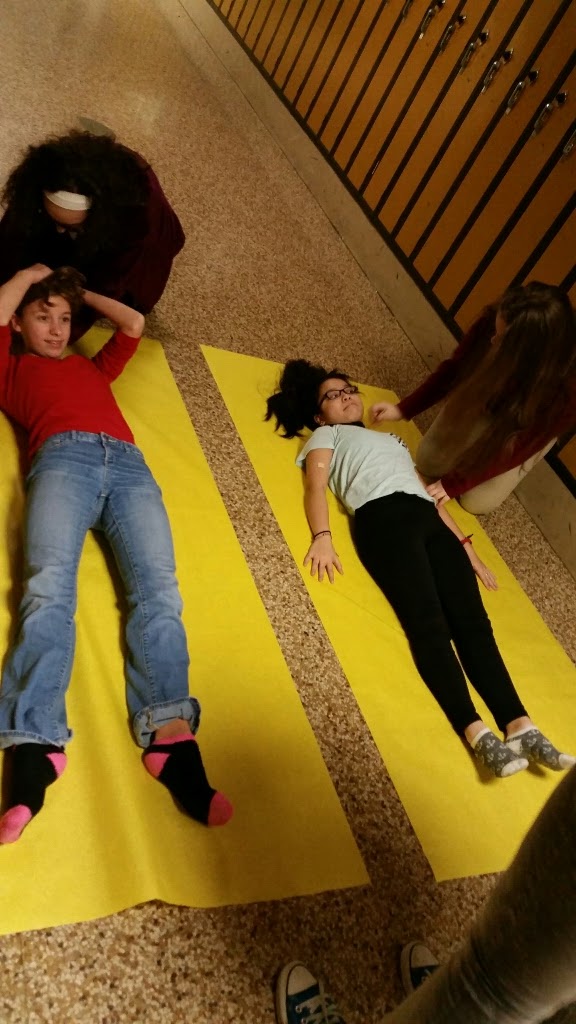 My favorite observations:
"Her legs are super long and her arms are super short!"
"Her feet are stupid small."

It was a pretty great activity and I may do it with the Math 8 kids if I can gather the courage and the trust.
Email ThisBlogThis!Share to TwitterShare to FacebookShare to Pinterest