Posted by Justin at 3:56 PM
Surprisingly, despite my wildly distracted and creative weekend, I managed to remember my plan for my classes today!  We started with a brief discussion of patterns and hexagons simply because I wanted to show off what I created.  Then I put a picture and some information up on the board.

Then I handed out Post-It notes and had the kids write any questions that they could think of and put them up on the board.  We broke the questions into three categories: Questions we can answer, questions for which we need more information and questions we can't answer. 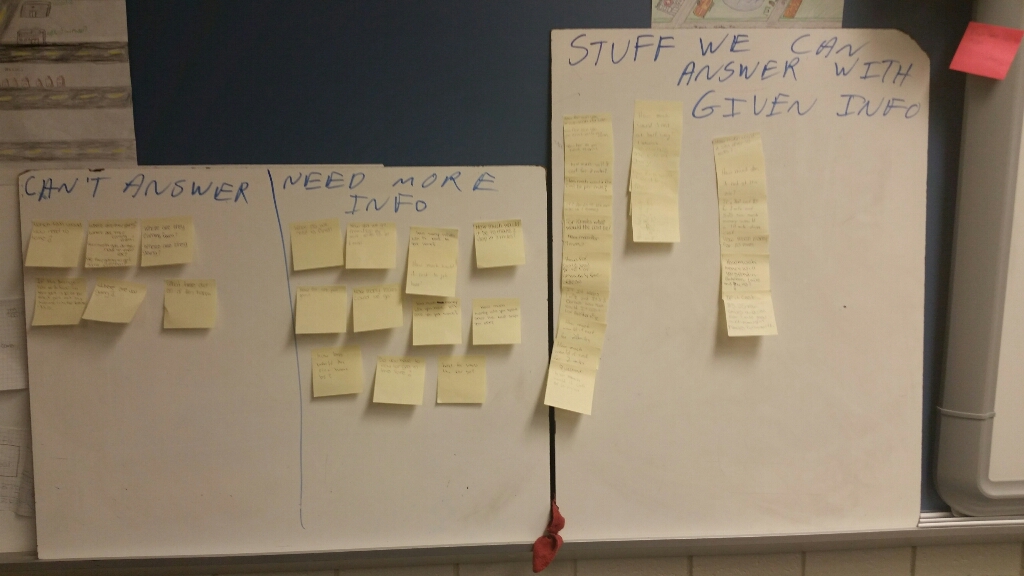 In the first class, the majority of the questions that the students asked were in the first 2 categories.  In 8th period, the majority fell into the second two.  Those students seemed to be overly concerned with which company the taxis worked for.

In 8th period, I had to stop multiple times because the same students kept interrupting me.  After I sent a few out, it stopped for a while, but I'm having tremendous difficulty dealing with the continued immature behavior in the class.

I know that it's a very small minority of students, but they are loud enough to make themselves seem like a majority.


In geometry, we talked about Seirpinski Triangles, Koch Snowflakes, Mandelbrot Sets and the beauty of mathematics.  We watched a few Vi Hart videos from YouTube.