Posted by Justin at 4:16 PM
As I sat at my laptop this morning setting up the Do-Now for the day, a student wandered into my room, put down something on my desk and wandered out.  She never said anything, but when I turned around, I found 2 bags of hex blocks.

Just before homeroom started, another students walked in.

"Mr. Aion, I stopped at Target while I was out of school yesterday.  I got everything they had."

He got a HUGE hug that probably embarrassed him. 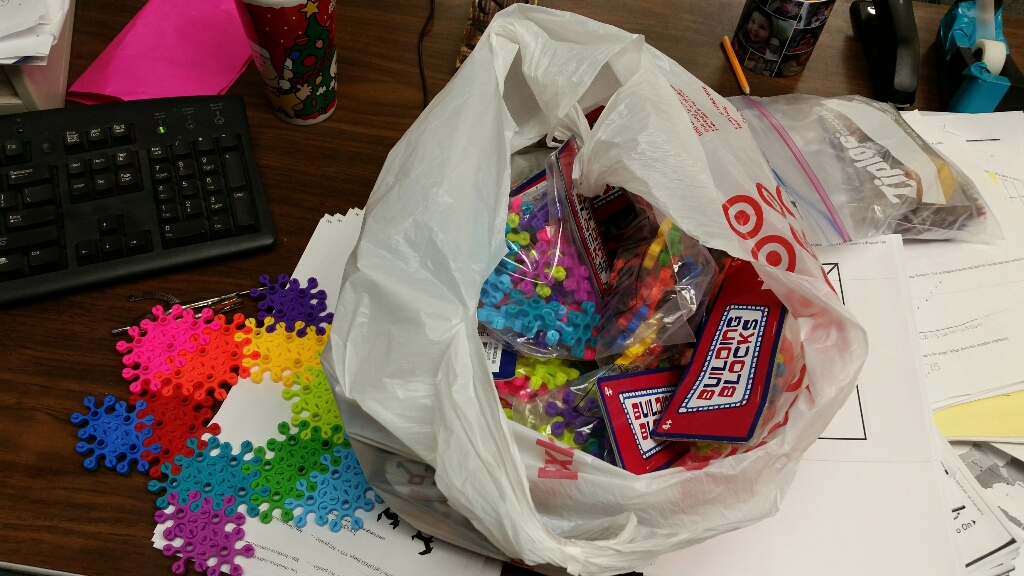 After yesterday's success with Tangrams, I started class with them today.  I told the Math 8 students that I was really pleased with how well they worked on the puzzles yesterday, but that by having them on the board made it hard for the kids to move at their own pace.  So today, I gave them a page with a ton of puzzles on it.

For the next 45 minutes, they sat happily at their desks putting puzzles together and checking them off the big sheets.  They worked, talked, laughed and actually enjoyed being in my class.  For the second half of class, I was able to spend some of that capital on a discussion about rotation, reflection and translation.  I set up a quick and dirty page on Geogebra to talk about reflection and ask them to predict what would happen to the reflected points when I moved the line of reflection.

We had a pretty good conversation with kids who are normally quiet getting involved.  I have high hopes for this section and hope that I don't lose their enthusiasm by focusing on the calculation aspects.

I need @MathInYourFeet to come and do a dancing lesson with them.  Anyone in the Pittsburgh area interested in having her come to your school? We could split the cost! :-)

With the end of the section in Geometry approaching quickly, I handed out the Open-Ended assessment for the chapter and asked them to get to work.  They could work together or alone and I loved watching kids collaborate and explore the problems.

Course selection for 9th grade is this week, so several students brought me their recommendation sheets to be signed.  Many of these seemed genuinely confused when I didn't recommend that they go on to Honors Algebra 2.  It's times like this when I'm reminded that in the lower grades, we often rank kids based on how capable they are versus what they show us.

A few students appeared quite shocked to learn that I had been paying attention to their lack of effort all year.  I expressed my agreement that they certainly were capable of doing the work, but that they had offered me no evidence that they were willing to do so.

The majority of the students agreed with my recommendations.  I suggested that one young man take honors because he has shown remarkable improvement this year and I feel as though that will continue.  He didn't want to take the course because he said he probably wouldn't want to do the work.  We had a very nice conversation about grades, capabilities, expectations and learning.  He's an incredible young man who started the year very apprehensive about my class, my teaching style and me.  Over the last 125 days, we have grown close and I am excited to see what the future will hold for him.

One MAJOR advantage to moving up to the high school next year is that I will be in the building and able to help my former students with their classes.  High school is a terrifying place and not having any adults to fall back on can make 9th grade incredibly hard.  I hope that I will have an opportunity to provide a place for them to come to me if they need help.

And then 8th period came in.  For the first class, everything was fine.  The students could talk while they worked and they did.  I had to remove a student because he wouldn't move back from a female student and back to his seat, but everything else went well.

During 9th period, however, I attempted to have the same discussion that I did in 2nd.  The same group of young men would not allow me to do so by constantly being disruptive, laughing and talking.

I lost my temper.

I pulled them into the hallway with the principal and vice principal.  I begged them for help.  I told the admins that I didn't know what to do.  I've contacted home, I've written them up, I've talked with our behavior specialist.  I told them that I didn't want them to get in trouble.  I wanted, I need, a solution.  I needed to be able to teach them, to teach my class.

The principal talked with them and I went back in to finish my lesson.  There is a growing sense of frustration from the rest of the class who are also quite fed up with the behavior but powerless to stop it.

I seriously don't know what to do with these boys. 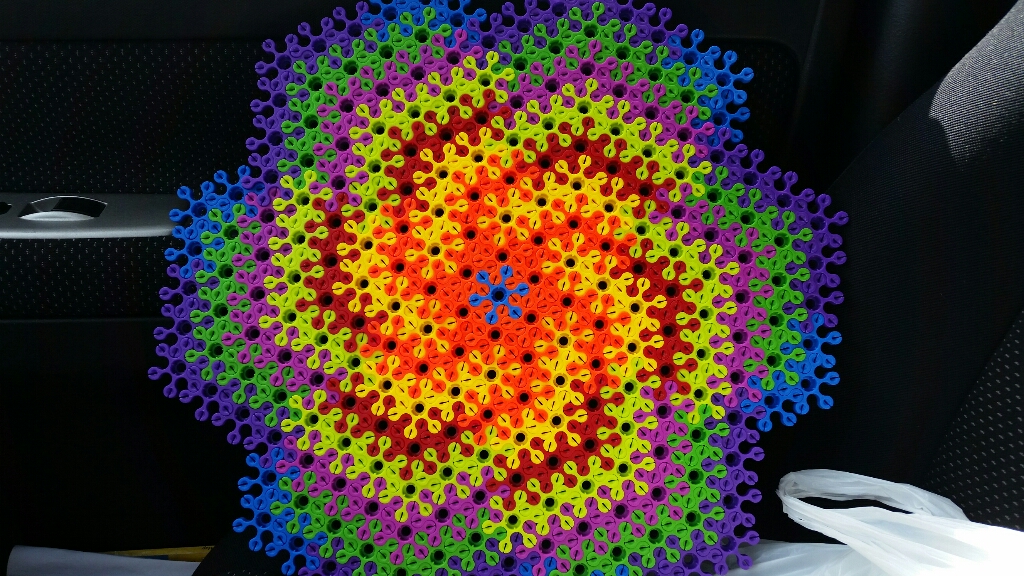