Posted by Justin at 7:10 PM
Nothing quite like a test to make you wonder what you've been doing for the past month.

With multiple choice tests, the grading goes quickly, but the feedback you can give and receive is very limited.  With open-ended tests with well-worded questions, you get a much better sense for what the kids know in terms of both content and skills.  The vocabulary that they use helps your to understand how much of the material they have absorbed.

But man, do they take forever to grade...

Apparently the research says that after the second day, feedback that you give to the kids means next to nothing.  To be most effective, it has to be immediate and meaningful.  For most teachers, this means that it gets returned the next day.  I've been trying to get better at this, but I've found that if I do all open-ended, there is simply no way to get it back to them in a timely fashion.

So I mostly use a hybrid model.  There is a multiple choice section and an open-ended section.

My Math 8 students did not do well on the multiple choice section.  It's hard to tell if that's because they don't know the material, or they didn't read the questions, or made simple mistakes.  On the open-ended section, however it became more clear that while some students were having serious conceptual difficulties, the majority of the mistakes were made because of haste.  As usual, my students didn't take the time to check their answers or if they answered the questions.

This is endlessly frustrating to me because it makes it impossible to give feedback other than "Did you answer the question?"

There were several teachers out today so the first opportunity that I had to breathe today was lunch.  Half an hour to go to the bathroom, each my lunch, get set up for the afternoon, etc.

Then the geometry kids came in.

One young lady found the bag of hexagonal blocks and hid in the corner with them.  Suddenly, my classroom looked like a piranha feeding frenzy with hexagonal chum. 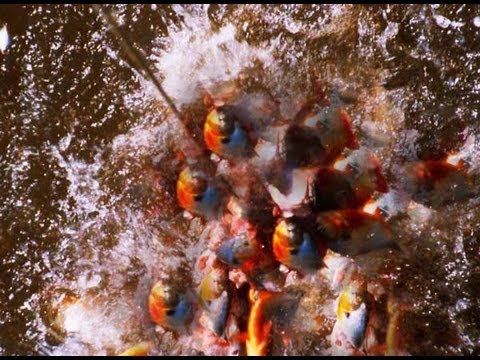 I was going to reign them back in, but instead, let them go.  For 90 minutes, they broke off into groups and created and built and designed and explored.

They created designed and patterns that I never would have thought of.  Most amazingly, they weren't constrained by 2 dimensions the way that I have been.  They built out, but also up, over and down! 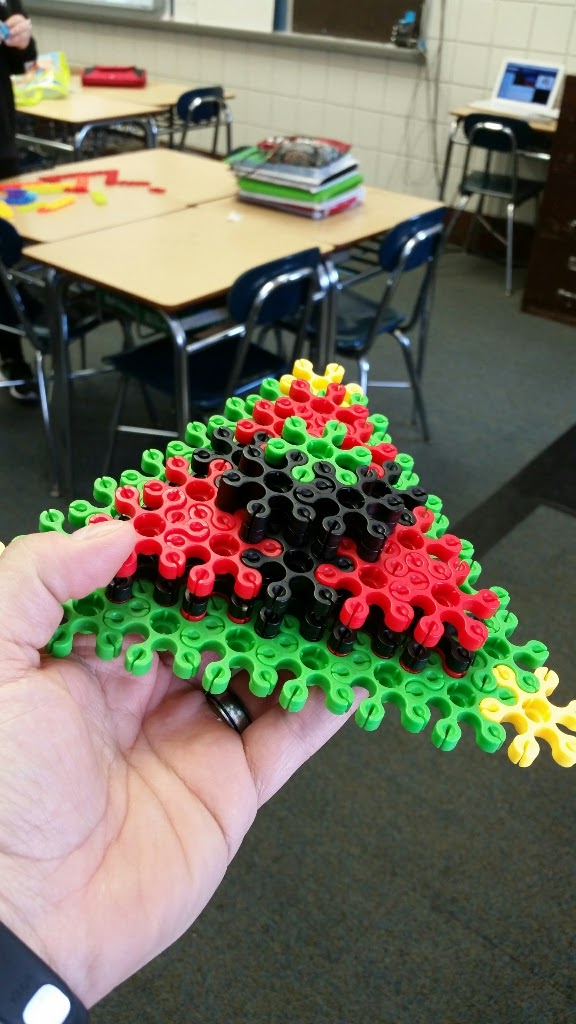 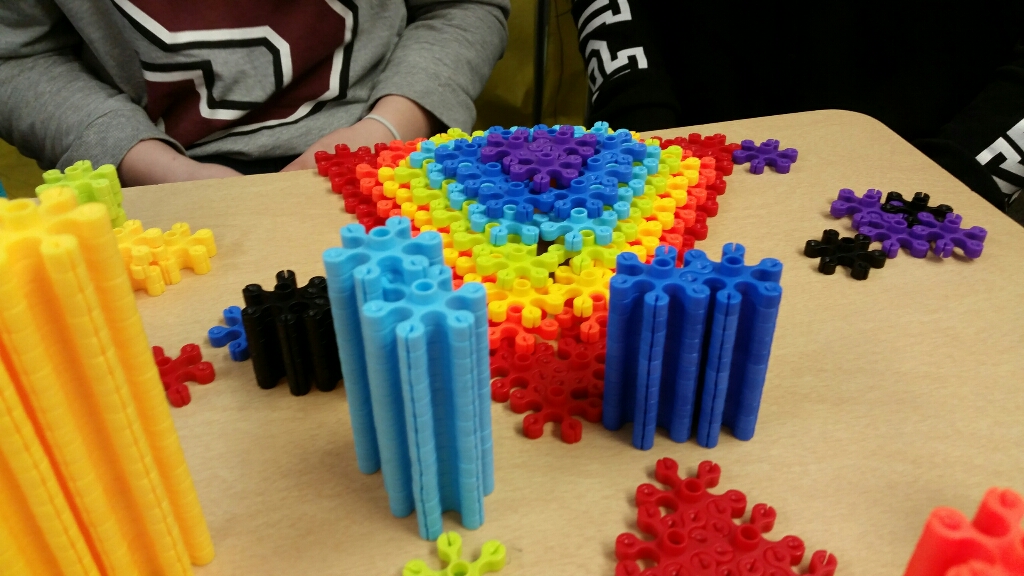 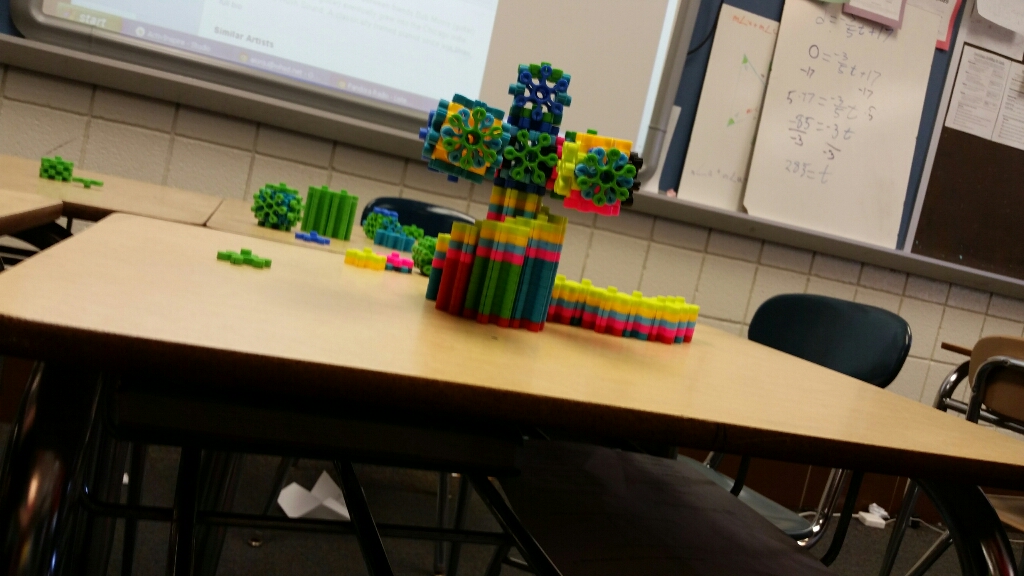 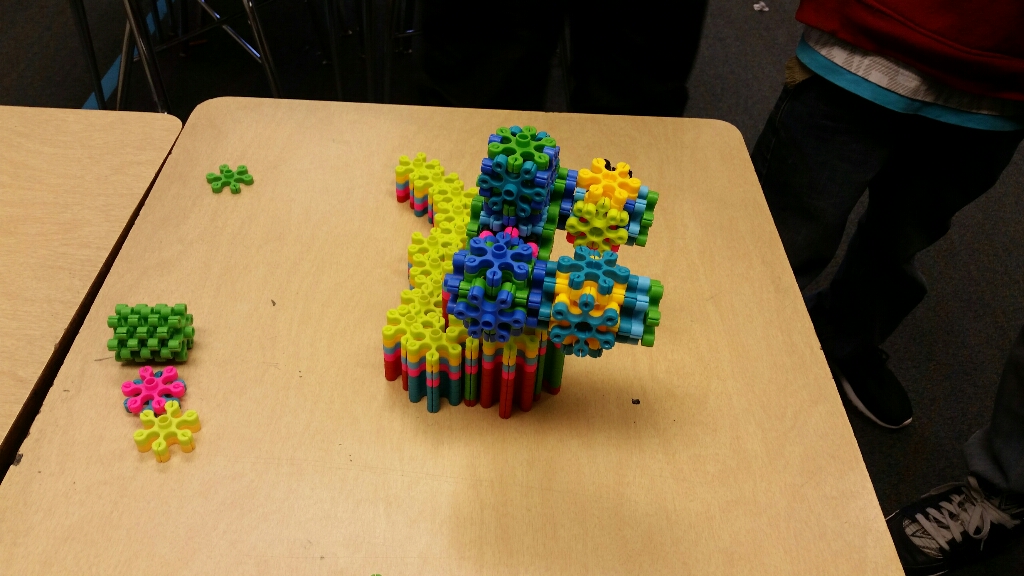 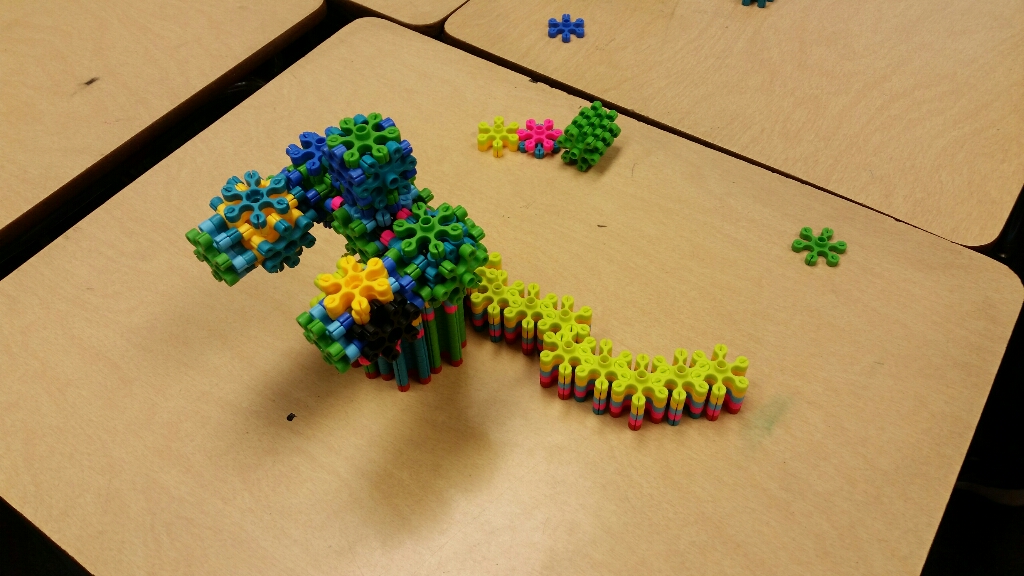 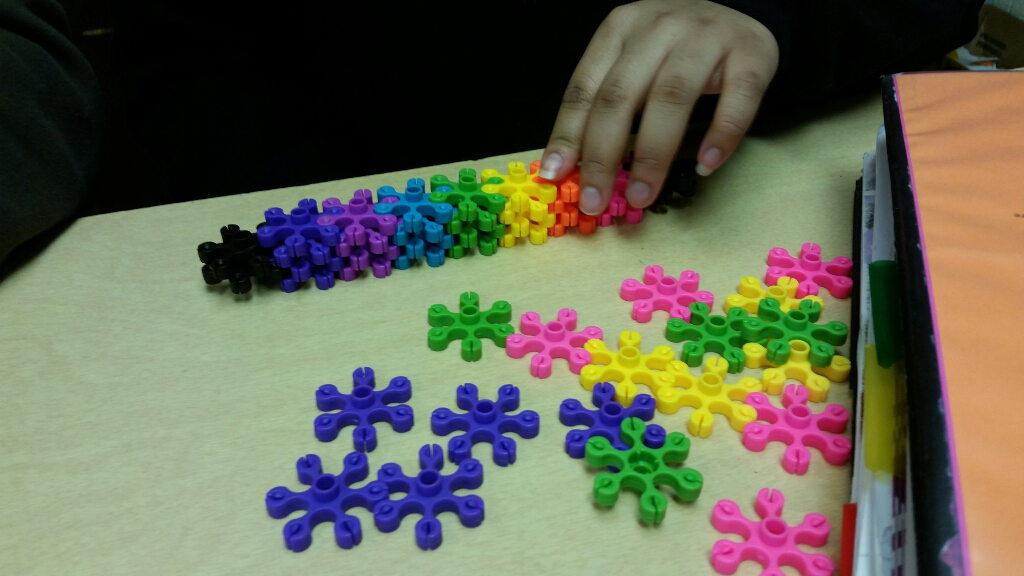 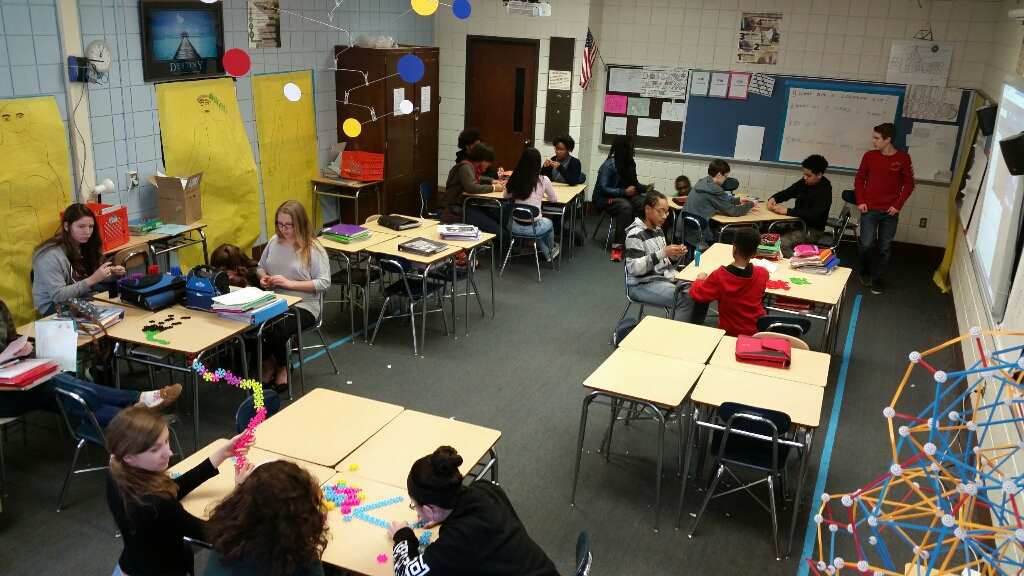 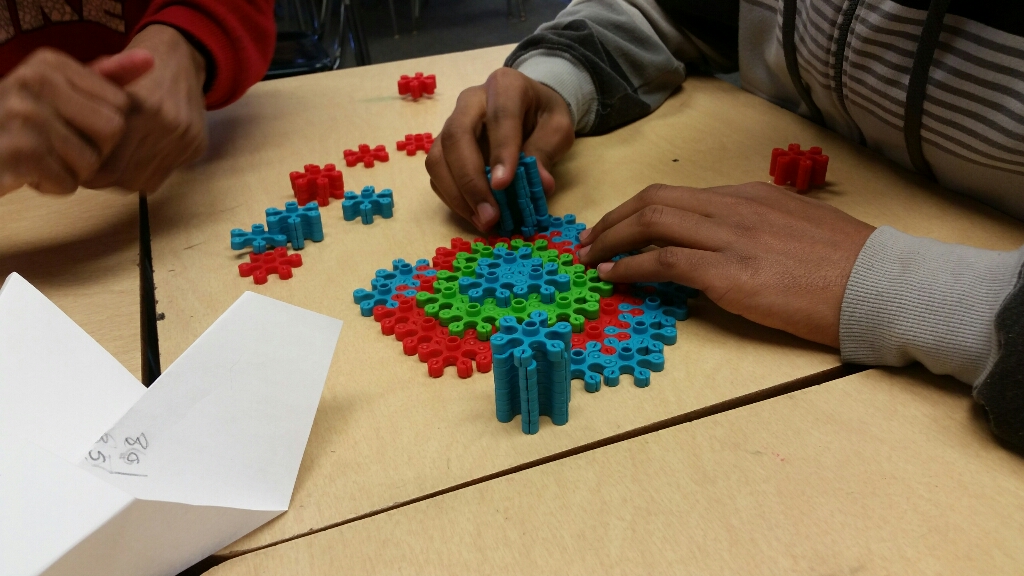 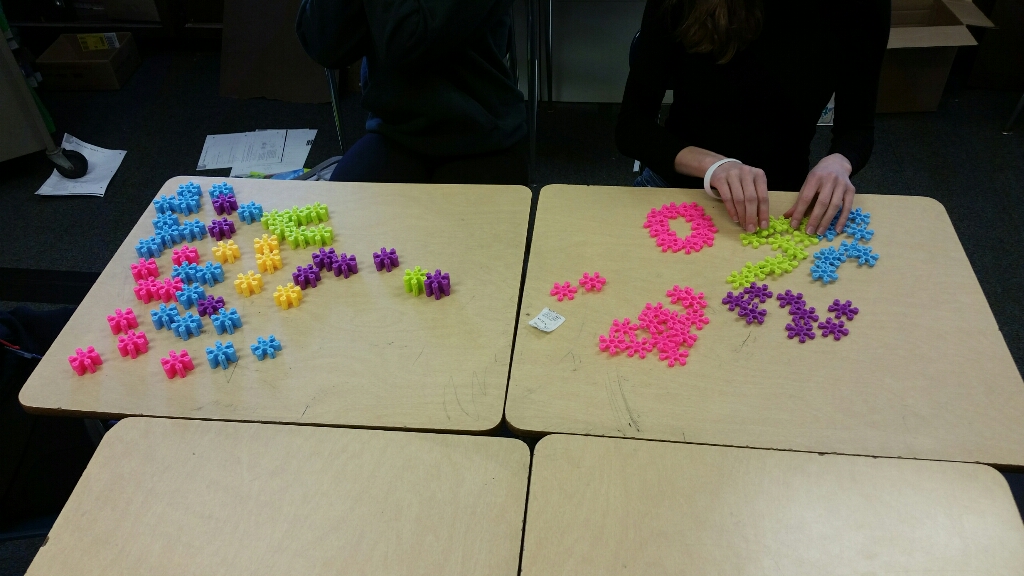 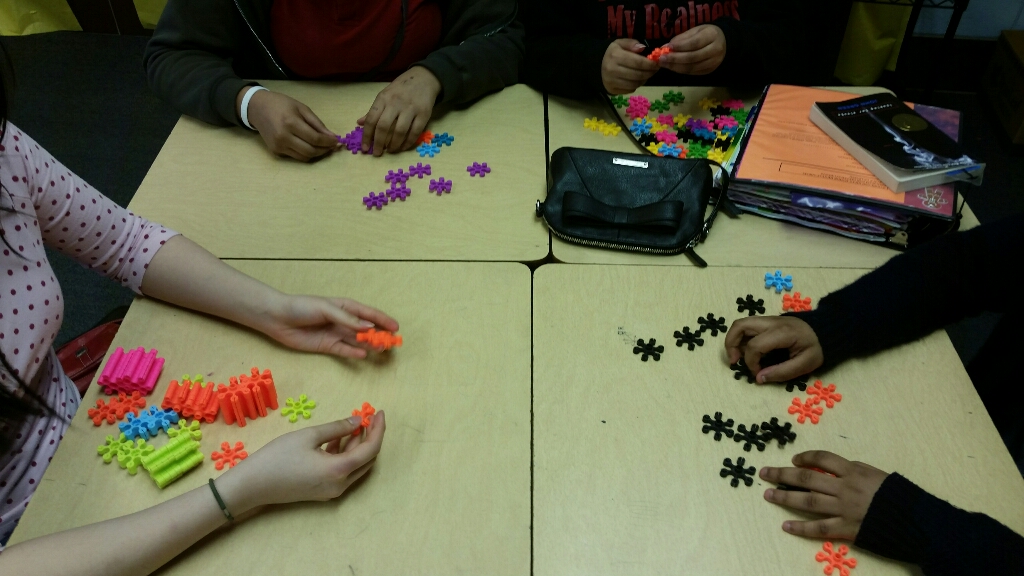 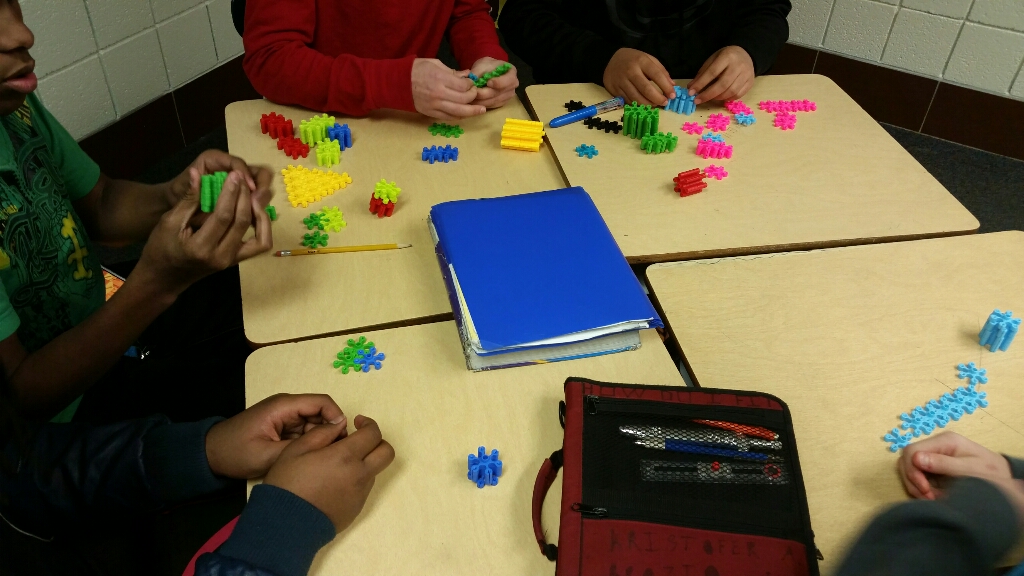 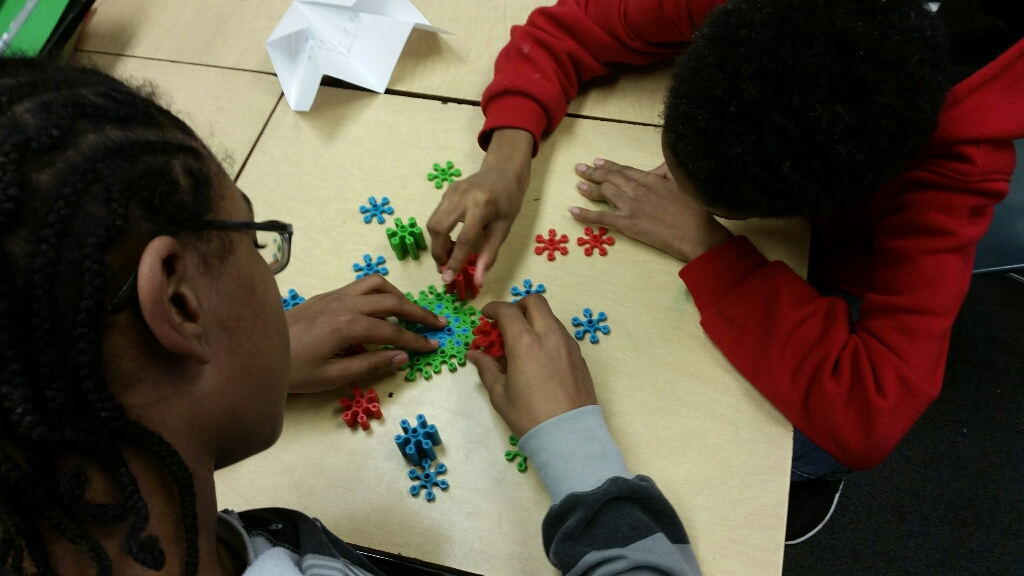 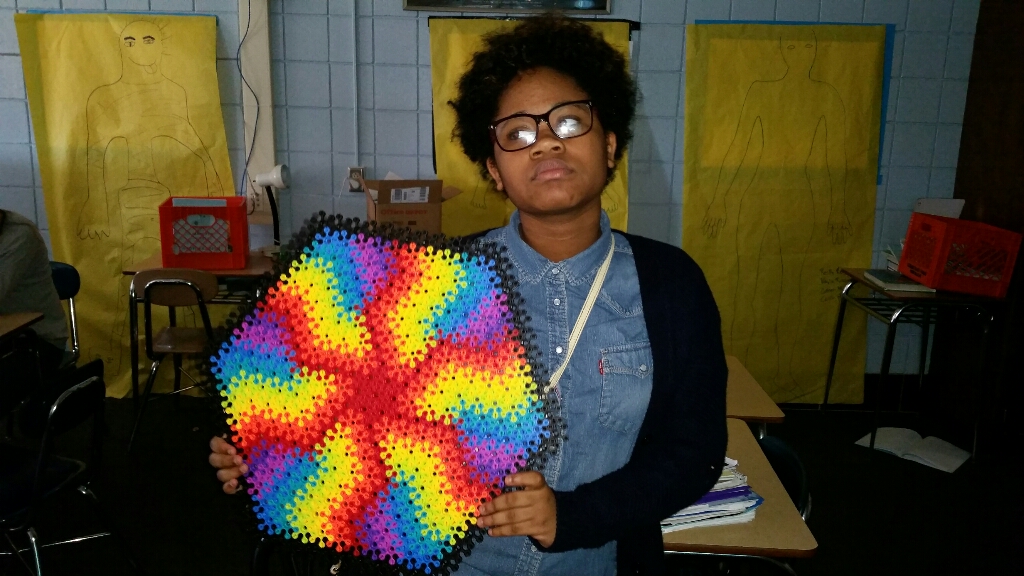 Students don't get enough time to play.  Our students have no recess and for the 30 minutes they get for lunch, they are required to stay in their seats.  At the end of the double period, one student made the casual comment that we didn't do anything today.  We had a NICE chat about how play is learning and the various aspects of hexagons that she discovered.

It saddens me to think of how many students are laboring under the delusion that learning and teaching only happen when they are facing a lecturer and taking notes.


In 8th period, I had to remove 3 kids from the room because they were simply unable to stop laughing.  In my opinion, the worst thing that one student can do to another, the offense that we should be punishing the most harshly, is the disruption of the learning environment.

The first line in our student handbook is "No student has the right to deprive any other of education."

After they left, everyone else was on point.
Email ThisBlogThis!Share to TwitterShare to FacebookShare to Pinterest