Posted by Justin at 3:51 PM
Yesterday, instead of being in school, I was in court.

A few weeks ago, I helped to break up a fight across the hall from my classroom and I was called to witness in the pre-hearing conference.  I paid $14 to park at the courthouse, was never asked any questions, and was sent home 2 hours later when one of the defendants didn't have an attorney.

I returned today to find 2 students had been added to my roster in my largest and most boisterous class.


There seems to be an inverse relationship between student and teacher energy lately.  It's almost as though there is only so much energy and enthusiasm to go around and it must be split between the groups.

One of my other students asked me if anyone ever tried to bring a star to Earth.

Another student, who comes to school once every 2-3 weeks spent the entire class antagonizing the other students.

A colleague has come to a section in his class where the skill he's teaching is a multi-step process, the first of which involves counting.  A not insignificant portion of his students were stuck on that step.  We have spoken at length about students who are approaching the content from not just a deficiency, but a massive deficiency.  This is in no way the fault of those students and they are absolutely the victims.

I have no idea what to do about it.

I look around and I see challenges all over the place that feel insurmountable.  I feel as though I lack the tools, resources or abilities to fix any of these issues.

I'll let my man, Skee-Lo tell you all about it.


Wishes don't make things better, but they can give a direction for our goals.

In Physics, I was able to be the teacher I wanted to be.  I set up pulleys around the room and handed them labs as they walked in.  I was able to walk around putting out fires and working with them as needs arose. 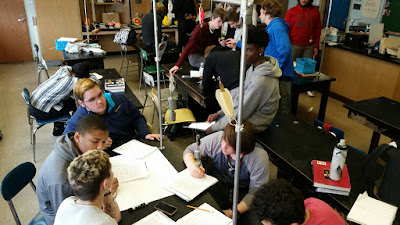 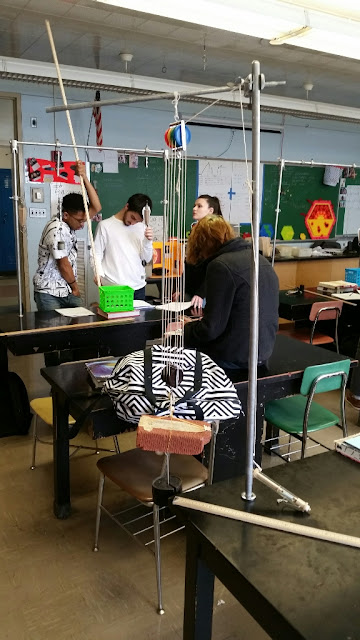 I wish I could do this in Astronomy, but I'm not sure how.
Email ThisBlogThis!Share to TwitterShare to FacebookShare to Pinterest