Posted by Justin at 3:23 PM
I banned phones today.

As I handed back the quizzes from yesterday, I spoke to my students about my concerns over their abilities and/or willingness to complete work of quality.  I expressed my understanding for the idea that Astronomy may have been the last choice available for many of them and they took it because they needed the science credit.

I can appreciate that and try very hard not to take it personally.

What I cannot allow, however, is for a student who is uninterested in the subject to disrupt the environment for everyone else.

I explained to them that I knew that the majority of my students were doing what they needed to do and that the phones weren't an issue.  The problem was that the students who were allowing the phones to be an issue were making them an issue for everyone.

I talked about how I understood that every person in the room would feel it was unfair because they weren't abusing their phones in class, but it's impossible to make a policy that only pertains to a small group of individuals.


I had a mixed reception at this news and change in policy.

The first 10-15 minutes of each class found several students beating their chests, attempting to assert dominance.  The phrase of choice was "Don't be mad at us because you're having a bad day."

I also liked "Who pissed in your Cheerios this morning?"

"I am a strong, independent woman who don't need no man. I piss in my own Cheerios, thank you very much." 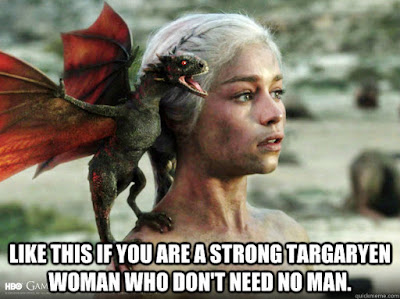 In each of my Astronomy classes, I had to remove a student for arguing.  I offered all of them to sit in the desk outside of the room until they cooled down and stopped yelling, one of whom took me up on it and came back in later.  Two others continued yelling at me and stormed out, never to be heard from again.

I made very sure to not yell.

We are always told not to get into altercations with students, not to have a power struggle, especially in front of the class.  What they don't tell you about is when that student takes 5 minutes to gather their stuff, cursing at you, calling you names and riling up the class the entire time.  They don't tell you what to do when the student continues to stand in the middle of the room screaming, refusing to either sit down or leave.

It was a rough day.

I'm hoping tomorrow will be better.  I have a few students in Astronomy whose opinions I trust on matter like this.  They stated that they thought I was being fair.  I asked them to let me know if that ever changed.

"This is how the Astronomy classes are.  Everyone knows it."

I REALLY want to change that perception. It may just take a few years to build up the reputation.
Email ThisBlogThis!Share to TwitterShare to FacebookShare to Pinterest