Posted by Justin at 4:10 PM
At 2 am yesterday, I found myself in the bathroom with extreme...intestinal distress.  I'm a trooper, but by 3, I realized I would have to call off sick.

Since we had not officially started the new section in Astronomy today, I couldn't use the old standby of "keep working on what we've been doing."

Instead, I sent in a file with the mythology of 30 constellations, each one on a separate page.  I asked my students to pick 3 that interested them and write a paragraph summarizing the story.

When I came in today, I asked them to tell me what they had read.  I sat near the back of the room and we talked.

Me: "Tell me the myth behind a constellation."
Student: "So, Aphrodite and some other guy were being chased by this big monster thing and to get away, they turned themselves into fish.  That's Pisces."
Me: "Nice! How did they end up in the sky?"
Student: "The gods wanted to honor how clever they were."

Student: "Zeus turned into a bull and a hot girl got on him and he rode away."
Me: "Her name was Europa and where they ended up, the land is now known as Europe."
Student: "Also, one of the moons of Jupiter is Europa."
Me: "Absolutely.  So Zeus put the bull, Taurus, in the sky to show off how great he was at picking up women.  Literally."

We talked about the importance of constellations to early civilizations as a means of navigation as well as how to pass culture down through the ages.  We discussed how the human brain is hard-wired to see patterns, as we do in clouds or on the sides of buildings. 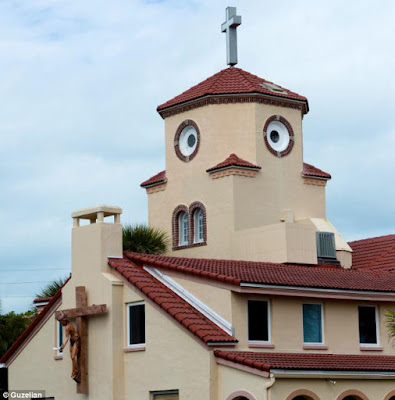 We also talked about mythology from different religions and cultures, including American myths, such as Johnny Appleseed, Paul Bunyan and John Henry.

The most fun revelation for me was telling them that they already knew a constellation from Japanese culture. 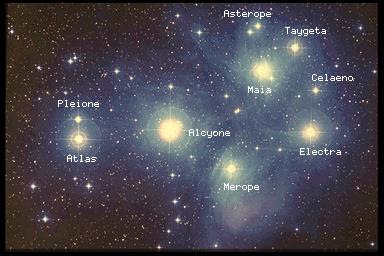 This is the Pleiades cluster.  It is a group of stars in the constellation of Taurus.  In Greek mythology, they are the daughters of Atlas.   The Japanese, however, know them by a different name.  The word they use translates to "unite."  In 1953, five Japanese companies came together to form a single company, Fuji Heavy Industries, Ltd.  They adopted this cluster, and its Japanese name to be the logo for their line of automobiles.

It also happens to be the cluster that's inside the Mandelbrot tattoo on my leg... 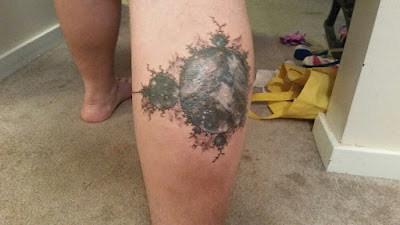 Astronomy may not be vital is the hunter/gatherer sense, but the various aspects of this course are so enmeshed in society that it's impossible to not be touched by them.

It may have been the material, or the fact that since I still felt awful my energy was low, but the students were fairly engaged.  They seemed to enjoy hearing the stories and telling their classmates what they knew.