Posted by Justin at 4:13 PM
I love the white boards.  They are versatile, fun and the kids love writing on them.  When we use the boards, they get to be out of their seats and moving around.

They are, however, by nature, temporary.

I like the idea that students can go back and look at examples that we've discussed, but a harsh bit of reality intrudes on that.

They NEVER go back and look unless specifically directed to do so.  Part of this is because, as someone who never did well as a note-taker, I haven't put emphasis on it as a teacher.  I also think that often the process of taking note for the sake of notes has a tendency to ruin the flow of learning.

Although that may just be an excuse to justify my own habits.

In Math 7 yesterday, we had begun a truly interesting discussion, using open number lines to talk about rational operations.  A few kids came up with their own methods and were incredibly excited about it.

We had done our work on the whiteboard.

Today, when they returned and I attempted to continue the discussion, they had no record or memory of it.

What they did remember, however, was the feeling of excitement from yesterday.  As a result of that, they were willing to go with me and took the time to focus.  The discussion was fantastic! 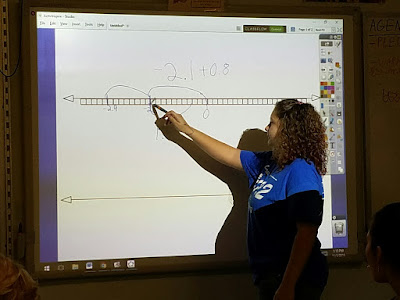 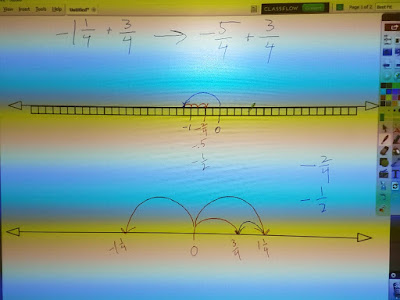 We took the entire period to work on 2 problems, but we explored those two from multiple angles and approaches.  Kids who normally are spaced out were involved and engaged.  I'm honestly not sure exactly what the difference was, but I'm going to do what I can to recreate it.

I am incredibly proud of them.

Hopefully, their minds will not be wiped clean of this experience, like so many white boards.


In addition to all of this, the students received their report cards yesterday, which paved the way for tears and blame today.  Several entered my classroom today and immediately asked about extra points.

"We've discussed this. Your grades are based on the mastery that you've demonstrated on the skills in class.  Your grade will go up when you demonstrate the mastery."
"I don't know how to do that!"
"That's mostly because of the decisions you make in class to put your head down, to not complete assignments, to not write down the examples or the directions.  On top of this, you are constantly telling yourself that you're stupid and the moment you have a tiny bit of difficulty, you give up."

This moved us into a 30 minute discussion about the choices that they make and the effort that they put towards their education.  I made it very clear that while I will try to help them to the best of my ability and I respect the decisions that they make, I will not be held responsible for those choices.

The grade book remains open and I had a student stay after today to get extra help in preparation for reassessment.

The students who were most vocal, however, were nowhere to be found.

I will continue to encourage them to grow and learn and make myself available when they are ready.

A new student transferred into the district this week and today was his second day in that class.  After class, I told him that we do normally do other things and he said he loved what we were doing.

"This stuff is great. What you're saying makes a lot of sense!" 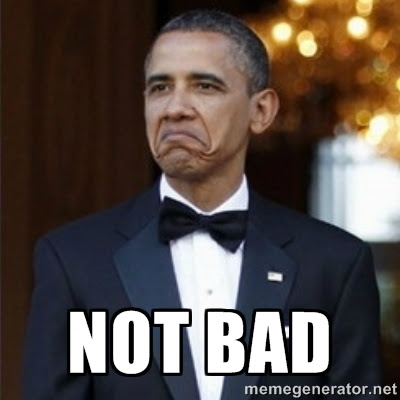