Posted by Justin at 3:55 PM
My return from the regional conferences of the National Council of Teachers of Mathematics has left me physically drained, intellectually stimulated and emotionally energized.

I've been teaching the exploding dots to everyone who has been willing to listen.  Robert Kaplinsky's talk on Depth of Knowledge has given me much to think about and I started implementing a bit of it today in Pre-Algebra.

Before I left, we started talking about transformations and congruent figures.  The activities in the book fall under the umbrella of "determine if Figure B is a translation of Figure A." 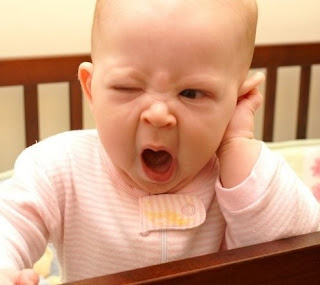 I can do better than that!

"What do you think of when you hear the word 'translation'?"

In an effort to try to please me, they started trying to remember the technical definition.  I stopped them.

"All of that is great, but it doesn't answer my question. The regular person on the street, when they hear 'translation,' what are they thinking of?"
Students: "Something about language."

We had a brief talk about how translating doesn't change the meaning of a word or phrase, but simply moves it to a new language.  In the same way, geometric translation slides a shape, but doesn't change it's orientation or size.

They were familiar with the idea of tessellation, but we solidified the definition for them:

To tessellate is to cover a plane with repeated use of the same shape with no gaps or overlap.

We actually had a rather interesting debate about this definition, concerning whether it was acceptable to have "gaps" provided that those gaps were an integral part of the pattern. 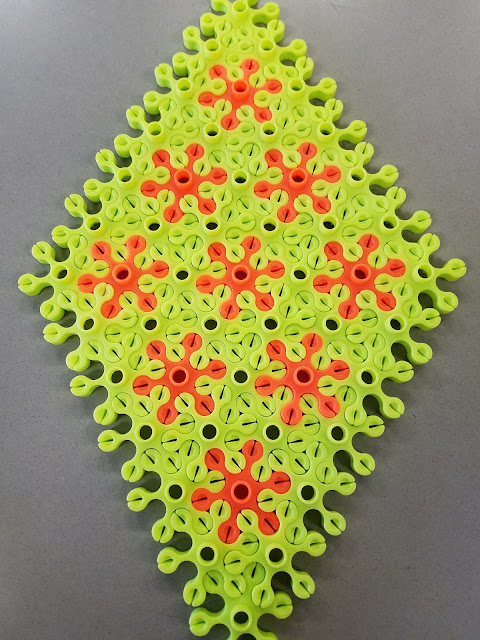 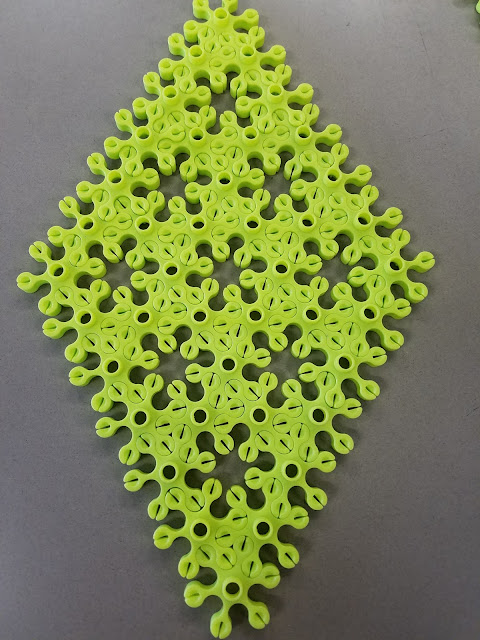 Half of the class said both of these are tessellations while the other half said no.


Instead of putting shapes on the board and asking "are these translations?" I thought about putting the shapes up and asking if they could create tessellations from translations.

Instead, I put a giant box of shapes on the desks, along with a stack of graph paper, and had them determine which ones would tessellate ONLY using translation.  They had to prove it either way.

"These tessellate, but I have to rotate them to fill in the gaps."
"So do they tessellate from just translation?"
"No."
**looks meaningfully at student, walks away**

As the groups finished, I had them think about, discuss and write about what they had discovered. 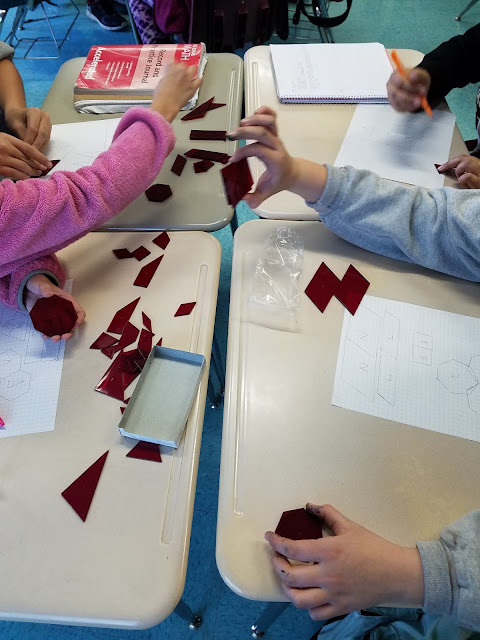 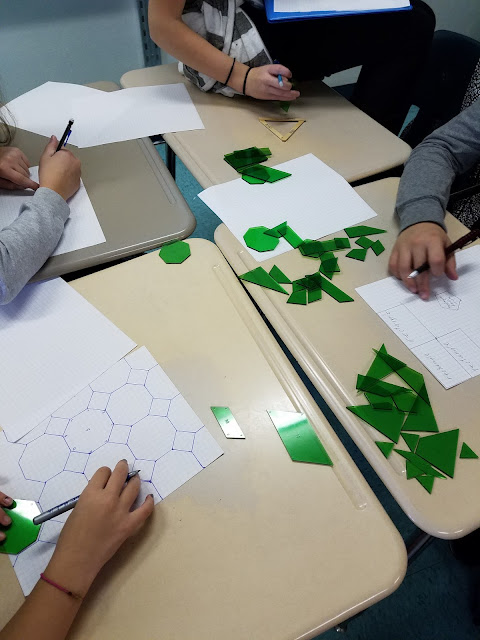 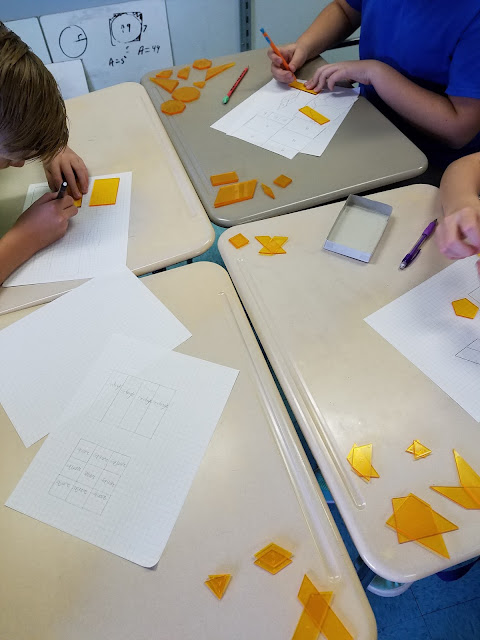 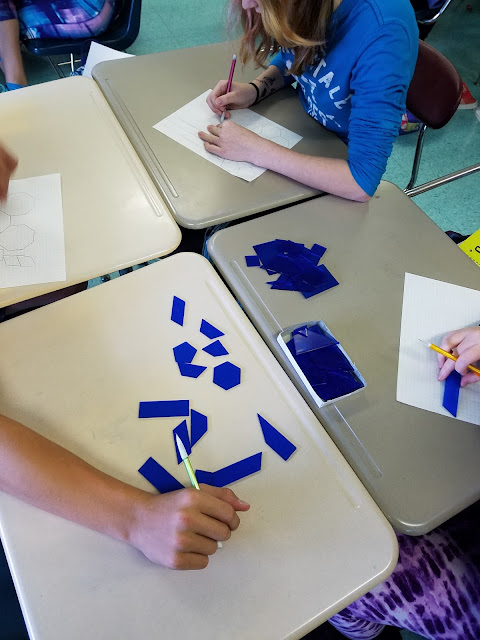 Later this week, or early next week, we will do the same exercise, but add in rotation and reflection, and come up with rules.  We also will be constructing tessellations that are more complex near the end of next week.
Email ThisBlogThis!Share to TwitterShare to FacebookShare to Pinterest