Posted by Justin at 3:06 PM
I had hoped that using the science contracts would help my student to get more engaged with their learning.  For many, it worked.  I received a ton of great demonstrations of knowledge and expressions of content-based creativity.

For many others, however, it was apparently too much of a change from their normal educational output.  In an effort to respect their comfort, and save my own sanity, I'm taking a break from the differentiated assessment and returning to traditional assignments for a while.

The reversion began today when I handed out the new packets.  In this chapter, we will be studying the history of astronomy and discussing how astronomical knowledge changed over time.

In the past, I had given them a choice of how they wished to cover the vocabulary and the vast majority of students chose to write definitions.  Today, I made that choice for them.

I had them take about 25 minutes and write the definitions in the front of their packets.  I advised them to leave space since many of the terms in this chapter might be better understood with drawings as well as words.

When they finished, I walked around stamping their books with a red check mark stamp.  I had forgotten how stamps can motivate students, even juniors and seniors.

"I'm a grown-ass man! I run my own life! Nobody can tell ME what to do! Don't forget my smiley face stamp, please!"

For the second half of class, we discussed the definitions.  As I had seen previously, they have a tendency to copy the words, but have no idea what they mean.  When I asked them to tell me what an ellipse was, I got technical definitions and no understanding.

The definition of a ellipse is the collection of all points around two focal points such that the sum of the distances from the edge to the focal points is always the same.  This is nice and confusing.

It's much easier to understand visually, so I build a box and showed them.

What the heck an epicycle?  Well, an epicycle is a small circles whose center moves around the circumference of a larger circle. 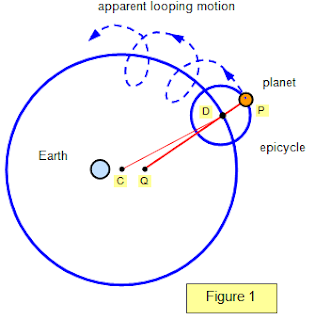 This also happens at carnivals! 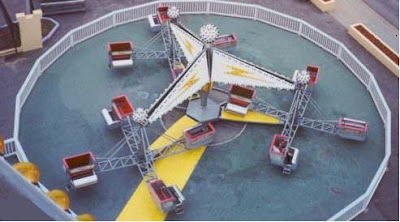 The motion of a person in one of the cars on The Scrambler is considered an epicycle.  They revolve around a point that is, in turn, revolving around another point.


Out of every student who was in class today, only 2 did not complete the assignment.  It seems likely that the idea of a larger assignment spread over a longer period of time may allow for procrastination to the point where it becomes overwhelming.

I worry that breaking it into smaller, more frequent assignments is hampering their ability to do long term planning.  At the same time, the students who are most in need of that skill weren't even attempting it before.

I think we will be doing worksheets and small assignments for the foreseeable future.  Perhaps there will still be time this year to ween them off.
Email ThisBlogThis!Share to TwitterShare to FacebookShare to Pinterest