Posted by Justin at 3:54 PM
Multiverse theory posits that every decision that is made fractures the universe into one where the choice was made and one where it wasn't.  When my alarm goes off in the morning, I must make the choice to get out of bed, or to stay comfy and warm.  The instant when I make that decision, reality splits into two universes, one in which I stay in bed and one in which I go to work. 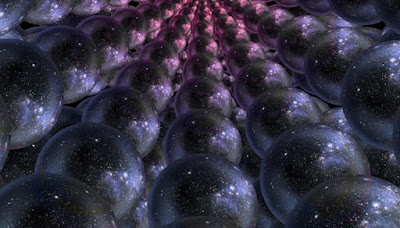 The universes that are created by this fracturing run parallel to each other.  The closer universes to our own look almost identical because the choices made to create them were insignificant in terms of their impact.  The universe in which I choose the pair of socks on the left is almost identical to the one where I choose the socks on the right.

When you move far enough from our own universe, the decisions made have forged reality into something completely unrecognizable.

Multiverse theory has been explored in countless science fiction novels and short stories, but none so well as The Long Earth by Terry Pratchett and Steven Baxter and Number of the Beast by Robert Heinlein. 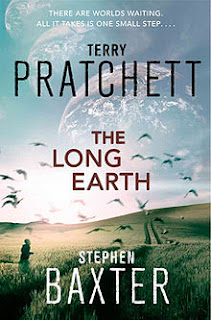 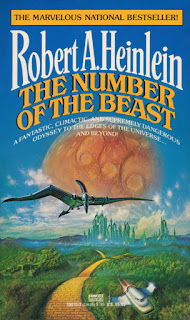 In a way, teachers get to experience multiverse theory on a regular basis, especially those of us who teach multiple sections of the same course.

In preparation for the quiz tomorrow, I talked about the idea of addition and subtraction as opposite operations in 5 classes.  Each one went differently and enough so that I was concerned I had jumped into an alternate universe.


There is no way that you can script a lesson.  The most you can do is design an experience and adapt as the changes come down the line.
Email ThisBlogThis!Share to TwitterShare to FacebookShare to Pinterest